Written by Jafronius at 4:13 PM
Greetings!

Hope everyone's having a good weekend.  To our readers and fellow bloggers in the northeast, hope you all are digging out safely.

Saw this at the Target card aisle, and as a fan of the show, I had to get one to see how they look.  Here's a pack of 2013 Cryptozoic The Big Bang Theory Seasons 3 and 4! 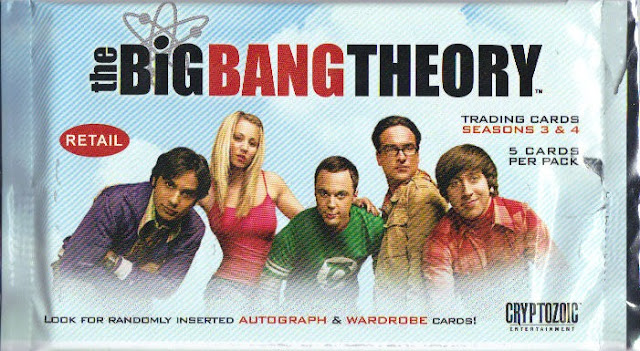 The Cryptozoic website has a checklist and a picture of the autograph cards included.  This is probably as close as you can get to Sheldon's auto, because the back of the pack lists the odds (at least for retail, because the website has different odds listed):  Autographs come 1 in 1365 packs, Wardrobe cards come 1 in 480 packs, and the odds of getting a "special insert" is 1 in 328 packs.  You have a better chance at getting an auto from 2013 Topps Series 1 than pulling Johnny Galecki's smiley faced signature. 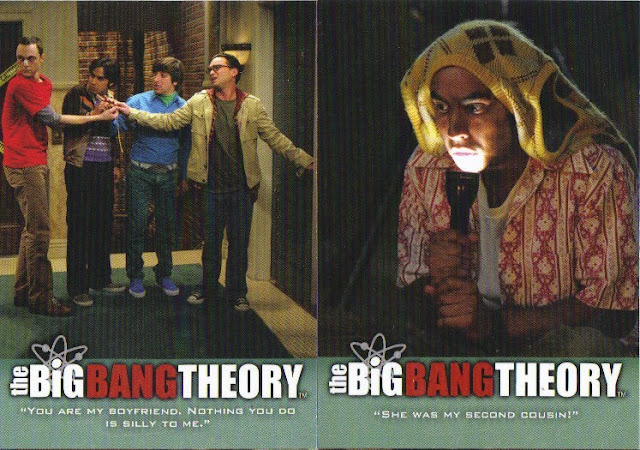 There are no card titles, so I inserted the episode where the scene comes from.  As you can see, it's just an scene from the episode with a quote from that episode at the bottom. 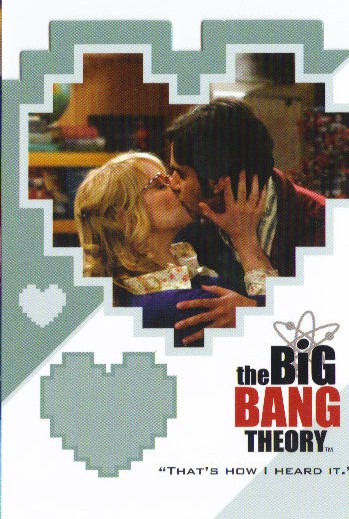 Hey, got an insert, and it's a die cut one too.  So this is one of the "1 out of 328 packs" special inserts?  I'm confused.  Anyway, this is from the Duos insert set, featuring the different pairings of the main characters.  I believe this is from "The Thespian Catalyst" (Season 4, Episode 14).  Here's the back of the insert: 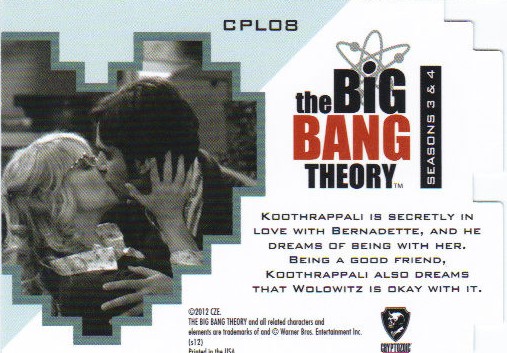 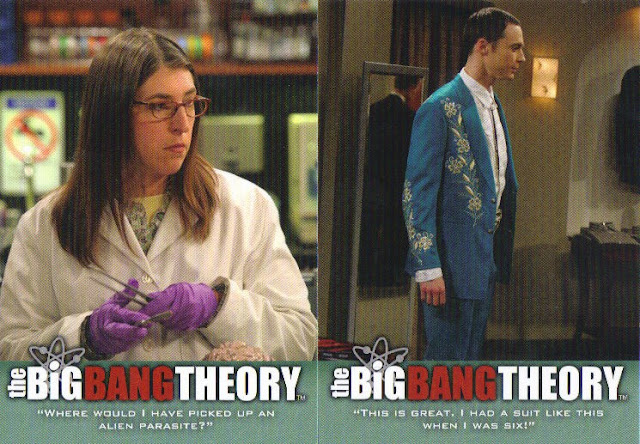 Since I got #'s 31 and 32, it does appear that the cards are going in order based on the episode.  Here are the backs of the base cards: 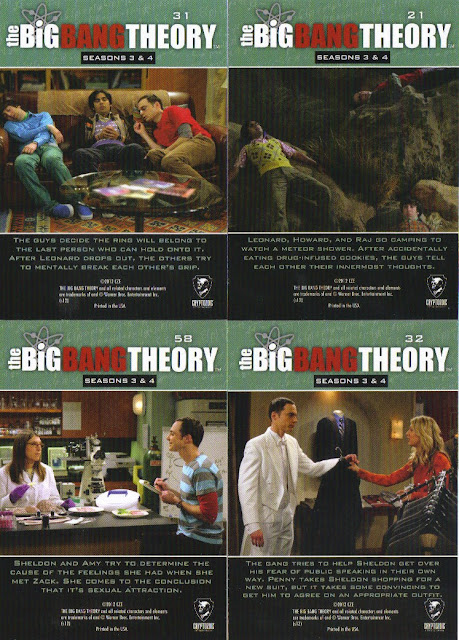 The backs have another scene from the episode as well as a summary of the plot.

Anyway, that's the pack.  Younger me would be all over trying to complete the set.  Current me will wait to see if these packs wind up in the $0.99 Target bin...really can't see dropping $2.50 per pack.  Younger me needs to learn the value of a dollar.  More later...thanks for reading!

Love this show! But I don't like the way the base cards focus on specific episodes.

That "second cousin" card is awesome - I would trade for that in a heartbeat.

Penny is totally airbrushed on the front of the pack....

Do you still want to trade for that Adam Jones Cut to The Chase? Email me!