Written by SumoMenkoMan at 8:02 AM
What is old is new.....or did heavy metal music ever die?  Not sure, but we are about to walk back in time 27 years to 1991 and see what Impel had in store for us with this 150-card set.  We'll be on the lookout for big hair, sweet guitars, and leather.  Looking at the checklist on The Trading Card Database promises some big names of the era.  I clicked on a few of the names and there are some nice rookie cards as well as the only cards of some rockers...plus a chance at some randomly placed bonus holograms!  Each pack contained 12 regular cards.  The back is even more interesting as there are shirts and collector albums supposedly out there too if you could afford the $12.99 plus $2.00 shipping and handling back then.  eBay yields none at the moment.  And the pre-internet days required snail mail so you could ship off for a free checklist of the set...but don't get greedy...it was limited one per person.  Pour your favorite drink into your red Solo concert cup and liberally apply the hair spray.  Let's rock this pack...... 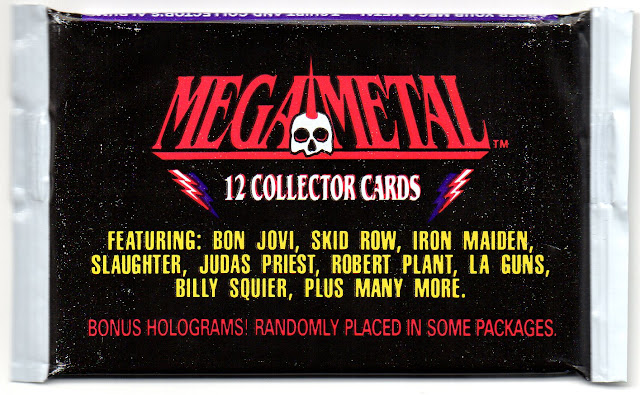 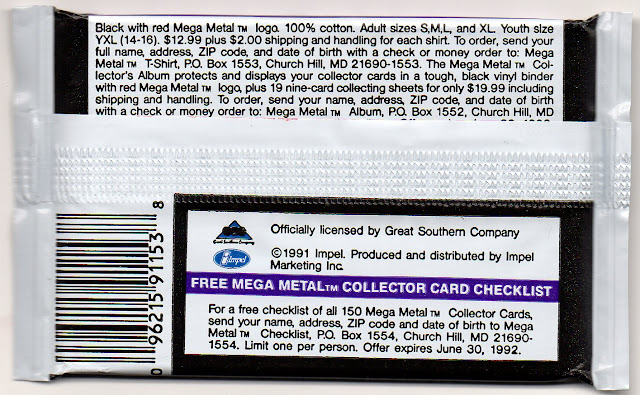 The wrapper is plasticy....similar to the 1988 score baseball packs. 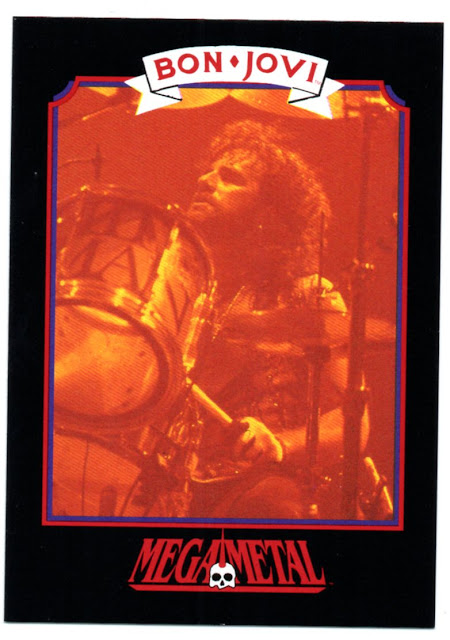 #9: Tico Torres from Bon Jovi leads us right out of the pack.  Not sure why the picture is washed out in orange. 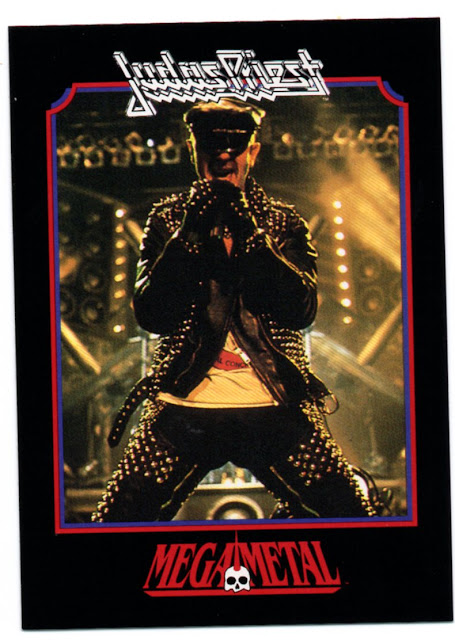 #60: Lots of leather here on Rob Halford of Judas Priest. 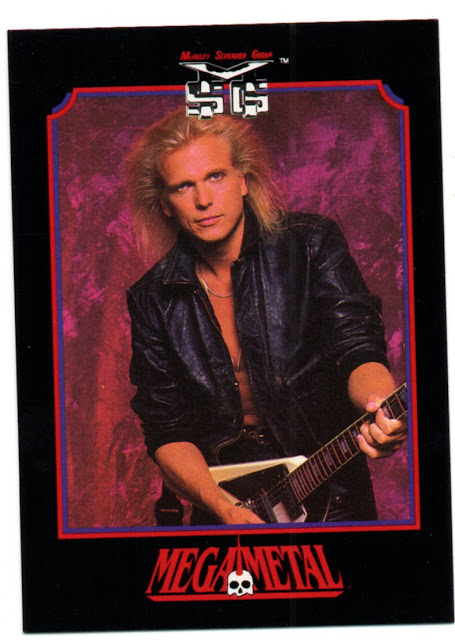 #92: The ozone just died a little from the hairspray.  Thanks Michael Schenker. 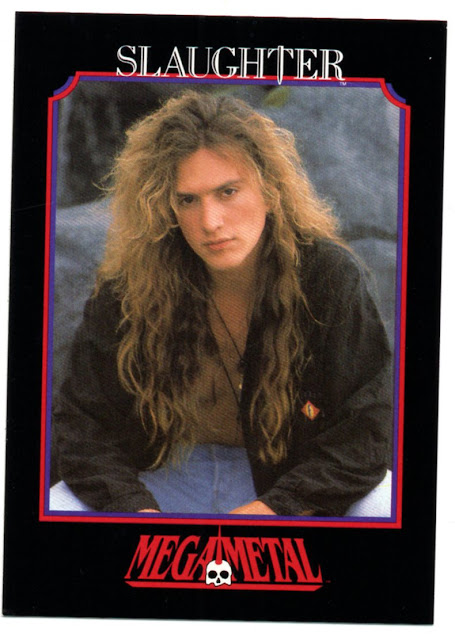 #128: Coincidentally Blas Elias from the rock band Slaughter is sitting on rocks.  Do you think that was planned? 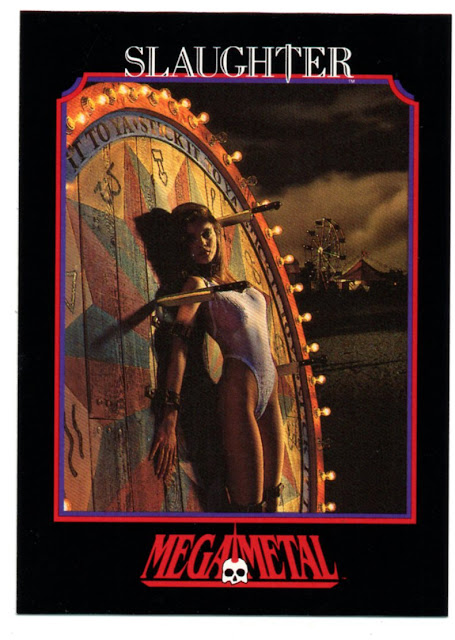 #116: Slaughter approaching the TV-MA realm with Stick It To Ya. 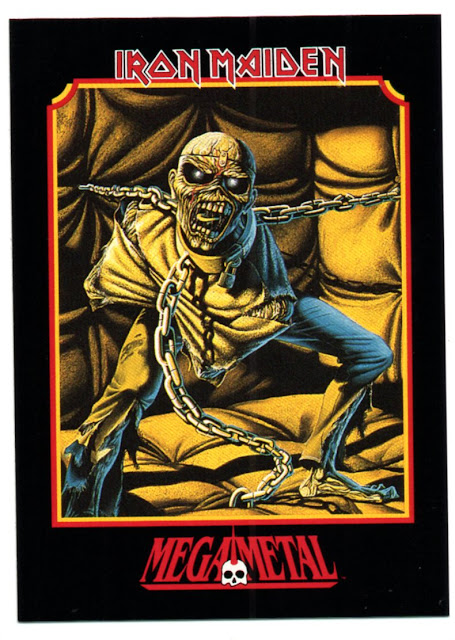 #36:  Some of the best artwork is on heavy metal albums including Iron Maiden's Piece of Mind. 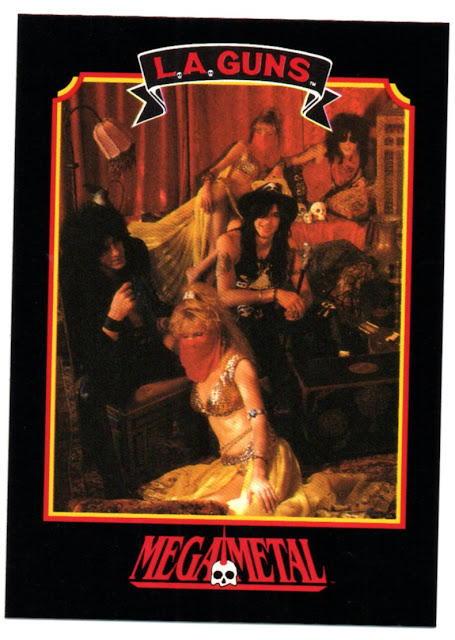 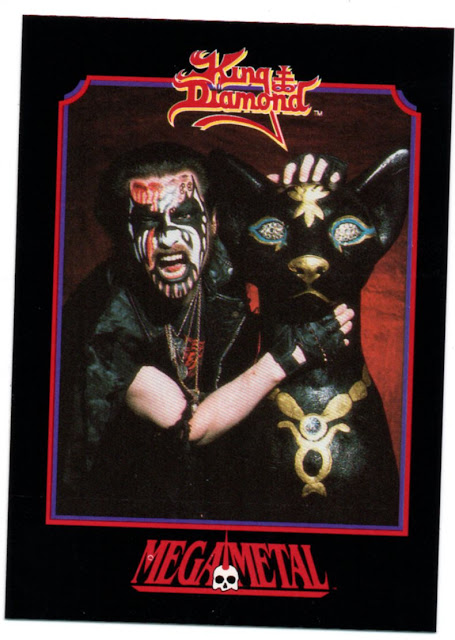 #109: Rob Affuso from Skid Row was what every kid wanted to be growing up...a drummer in a heavy metal band. 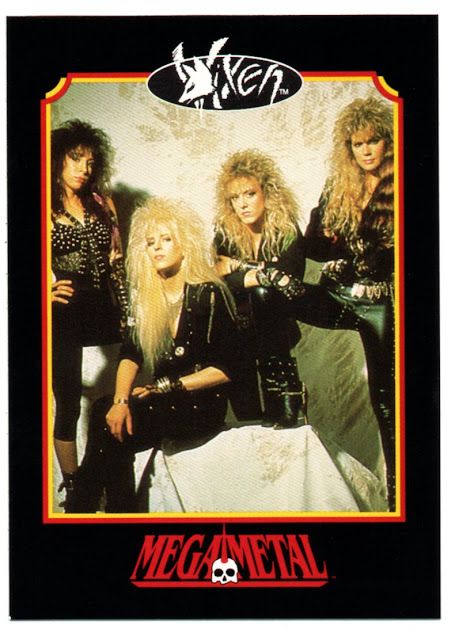 #147:  Vixen!  What is sad is their hair is shorter than most of their male colleagues. 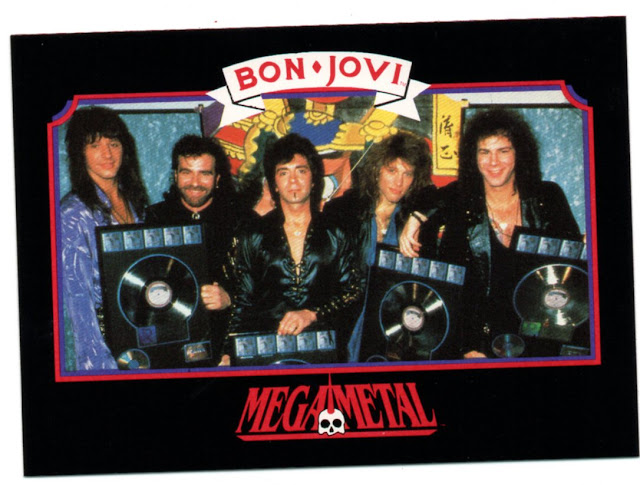 #10: One of the greatest ever.  Platinum Album....drop the mic and stage left. 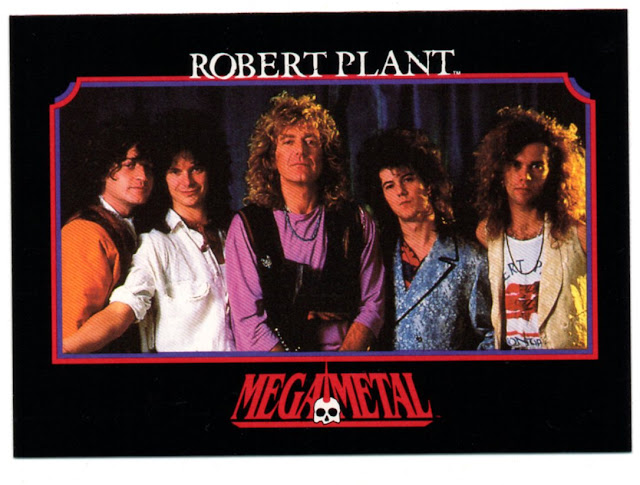 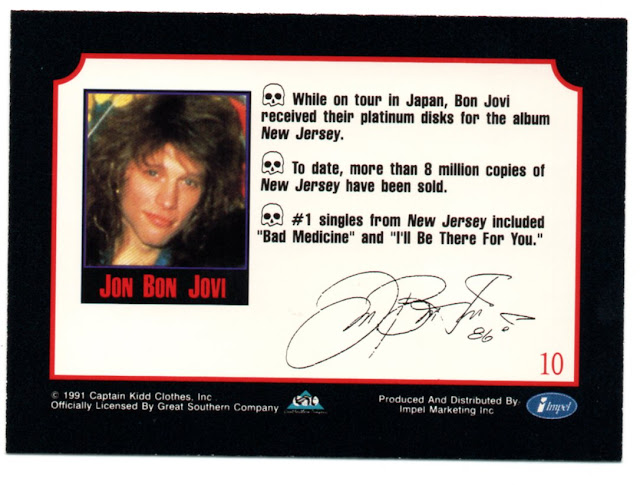 Here is what one of the backs looks like.  Two or three tidbits of information as well as a facsimile signature of the rocker....useful for the future forgers.

There you have it.  I hope your weekend goes well!

Those are super cool!