Written by cynicalbuddha at 8:00 AM
I stopped by Don's Sportcards here in Anchorage after work to scan the singles and to see if there were any interesting cheap relics or autos.  I also grabbed two packs of Donruss to try.  This is the better of the two packs. 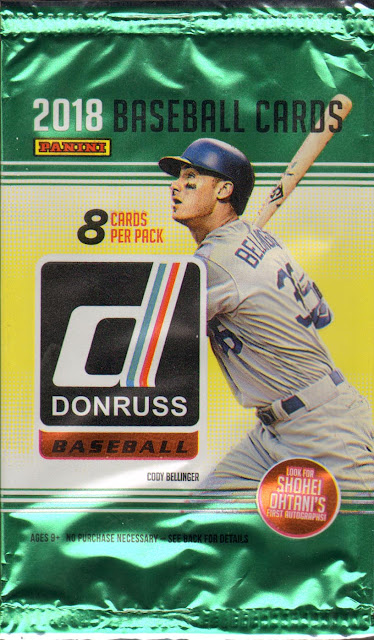 I ended up pulling two variation cards which got me excited until I went and read about the set and realized that card variations are not short printed or at least not most of them.  Out of the two packs I pulled 4 base variations, including this Lindor. 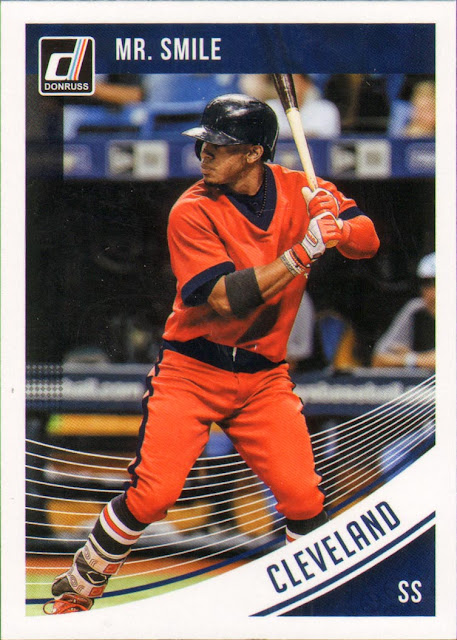 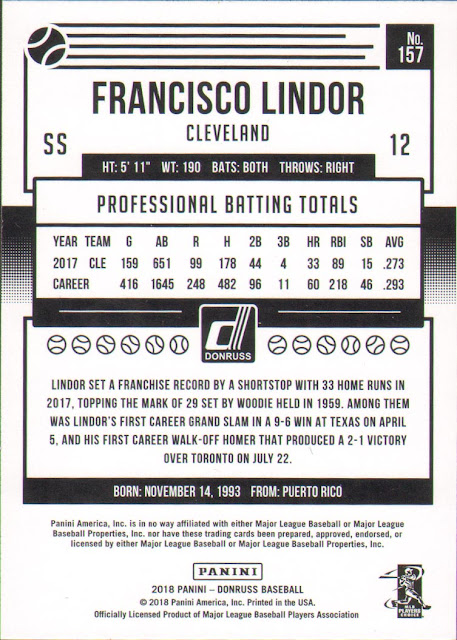 I also got two Diamond Kings. 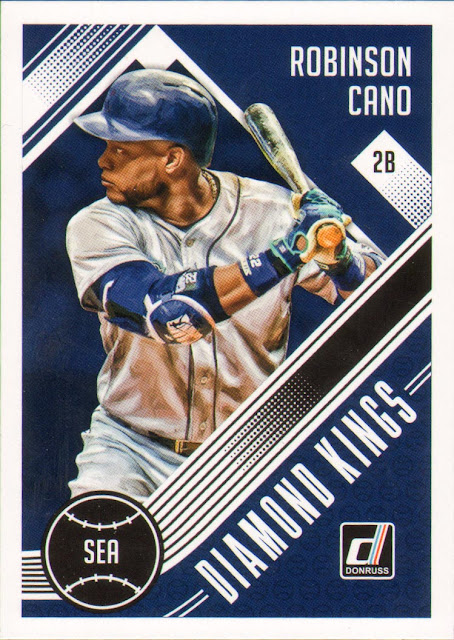 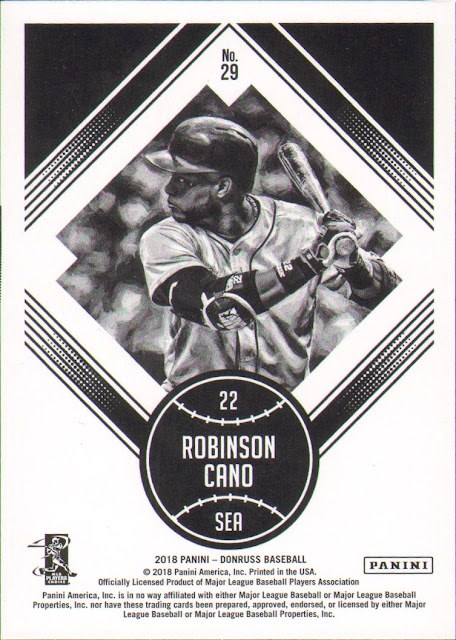 And this pack also had a Retro 84 card.  My other pack at a Rate Rookie of Rhys Hoskins and a Retro 84 of Nolan Ryan.  So it appears that this year none of the subsets are short printed either.  That's nice, nothing makes me madder than manufactured short prints.  This might be a set to put together after all. The set is over 70 cards larger than last years and who knows maybe they'll be a Series 2 again. 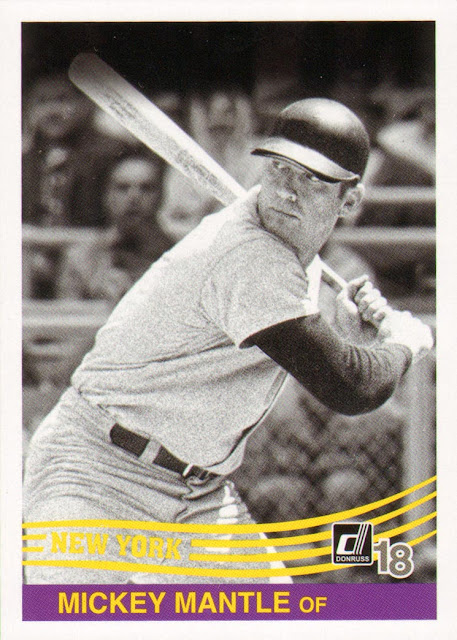 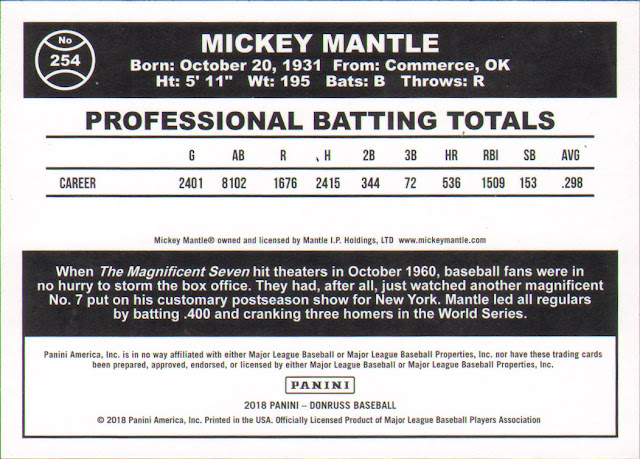 Here are the rest of my cards from the pack. 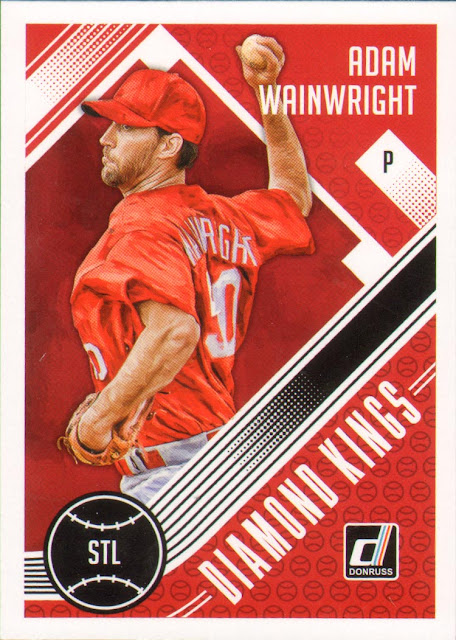 This Reggie Jackson is also a variation. 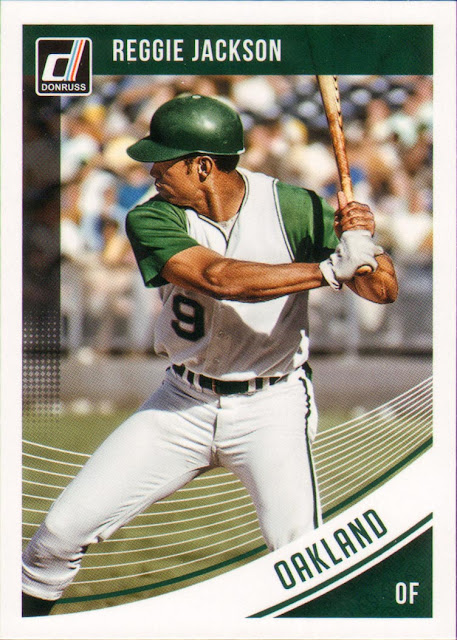 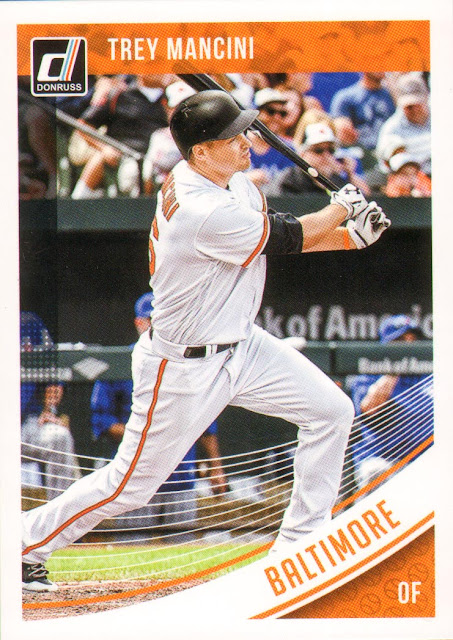 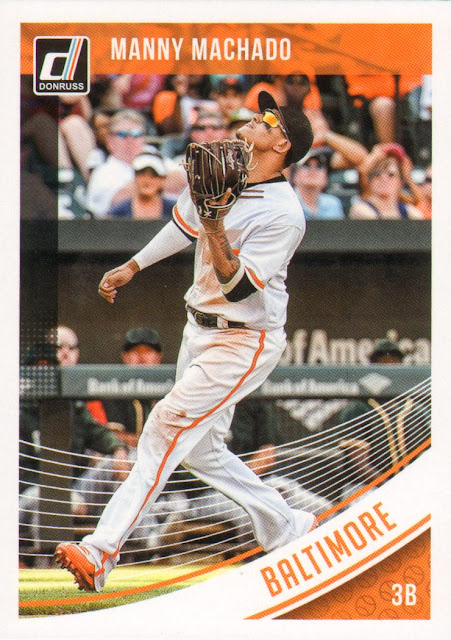 I also got a nice pack hit with a Bryce Harper Season Stat Line parallel numbered to 250, which also happens to be his nickname variation. 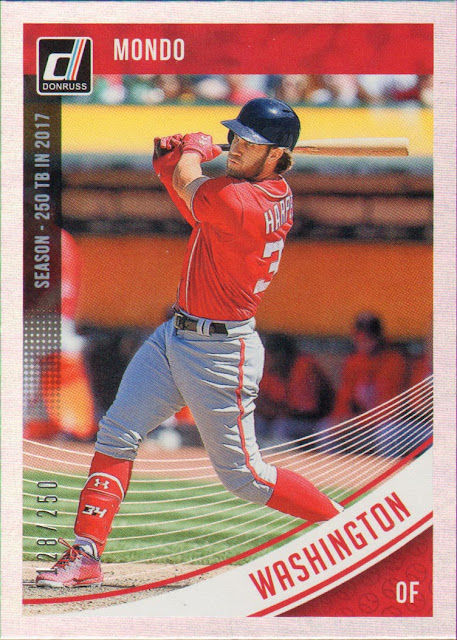 The purple and yellow on the '84s is just wonderful.

The Diamond Kings look terrible, but the regular base set looks amazing. Interesting.

Could they find a more dour photo for a "Mr. Smile" card?

I love the '84 Donruss set, those actually look collectible.

So does "Professional Batting Totals" include minor-league stats? If so, who cares about them? If not, then why not say "Major-League Batting Totals" (as is traditional)?

Oh, for the days of vintage cards, when you got yearly stats (not previous season and career lines) and a card for most every player on the roster (and not cards of long-retired players in a supposedly current-year set), and people weren't fooled by manufacturers' over-hyped nonsense about foil, parallels, relics, and all the other BS that goes on in the hobby today.

Love the look of the Lindor card! Any chance you would trade it?