Written by Jafronius at 5:31 PM
Greetings!

Hope everyone is doing well.  A couple of months ago, my eldest was able to convince The Wifey that he needed one of those $20 Fairfield repack boxes.  Most of the packs were expected; several 2017 packs and many from the junk wax era.  As he wound down his pack busting, I was able to grab a couple of unopened packs to snap pictures of the contents before giving them back to him.  One was from the junk wax era (foreshadowing) and one is kinda recent...it's a pack of 2016 Leaf Babe Ruth Collection! 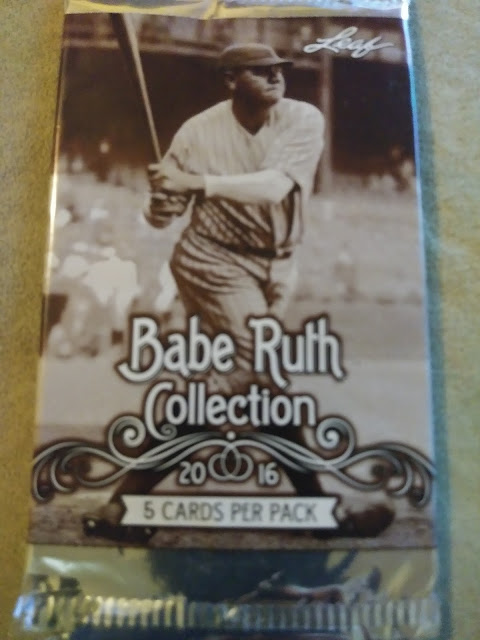 I believe these were only sold in blaster boxes; I don't remember seeing open boxes of them in the Target aisle.  This is an 80 card set with 2 10-card insert sets.  Here's a link to the checklist, but since it's all Bambino, the checklist does not assign a name to the card.  Anyway, here's what he got: 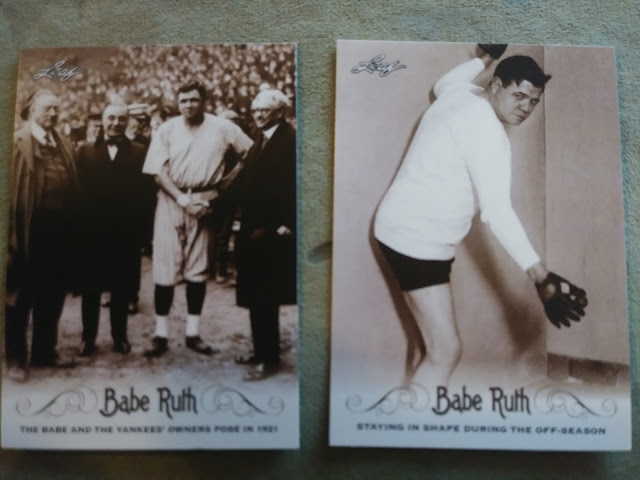 The cards are black and white, and I assume has images from either newspaper photographs or the
Ruth estate itself.  This gives a candid and personal look at the superstar. 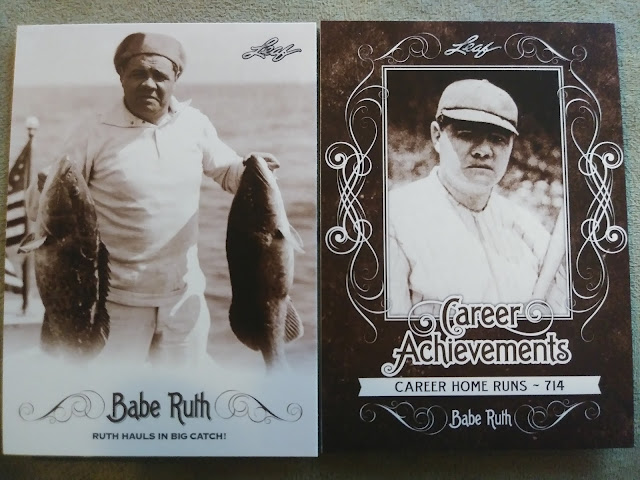 Career Achievements is one of the insert sets available.  The wrapper did not give odds on pulling
one.  The other insert set is called Quotables; I think we all would know what that's about. 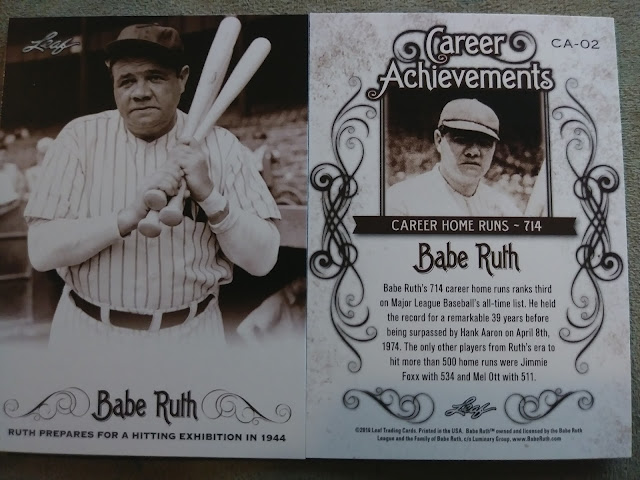 I included the back of the insert here.  The backs of the base cards are set up the same way.  Since many of the shots used in the set show Ruth away from baseball, the lack of logos isn't as obvious in this set.

Anyway, that's the pack.  I couldn't tell you where the cards are now; protecting the cards isn't something he's learned yet, much to my chagrin.  Enjoy the rest of the week, and thanks for reading!