In the overall scheme of things, this day is probably not a memorable one.  However, in the blogosphere, this day is right up there.  For on this day, Matt F. launched A Pack To Be Named Later with the ambitious goal of "ripping at least one pack of every card product ever made."

So what?  It's not even April yet!

Well, if you add up the total number of posts (wow, 416 in 2010?!), this marks the 2000th post on this site, a milestone to say the least.  From Pixar to Pokemon, Animals to A-Team, Racing to Ricky, we've covered many a set here, and with the next generation of bloggers posting at a rate not seen here in years...well, we may not reach Matt's stated goal, but we're gonna try! 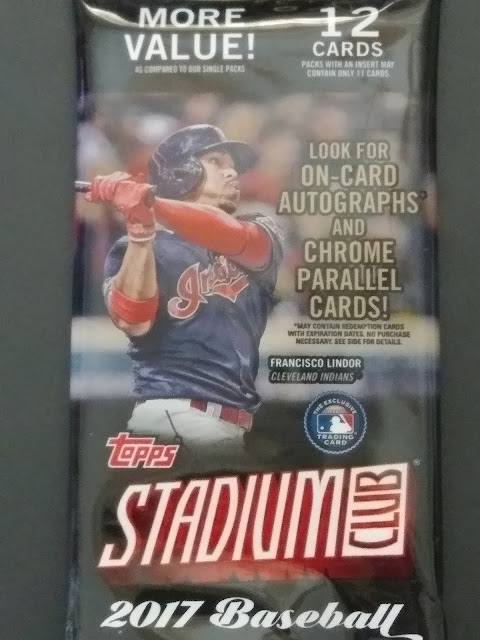 Somehow none of us were able to get around to putting one of these up here.  I figured this would be the perfect pack to put up now, since we're also in the middle of baseball's Opening Day / Week festivities.  12 cards in the pack, here's what I got: 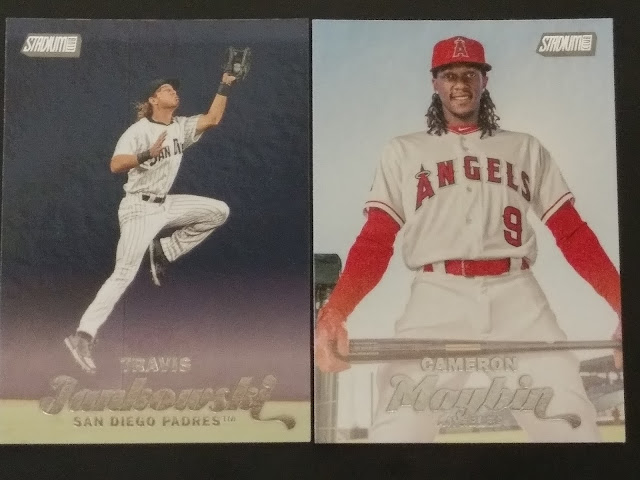 Photography-wise, Stadium Club is the Upper Deck of Topps.  Most of the blogosphere seems satisfied with the shots used in the set. 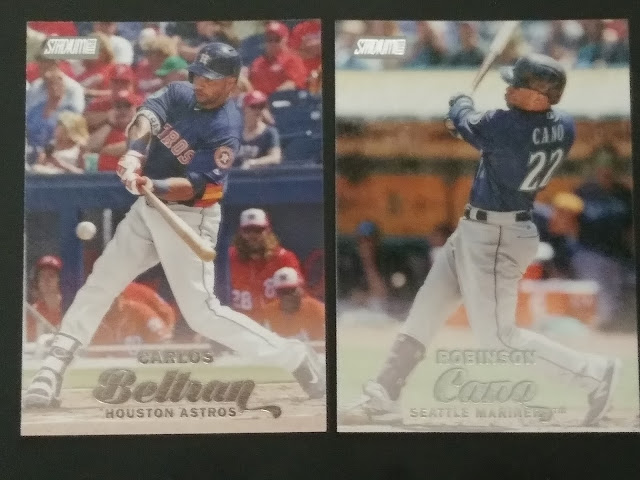 All this time I never considered Beltran to be a future Hall of Famer.  Perhaps I don't pay as much attention to stats as I should. 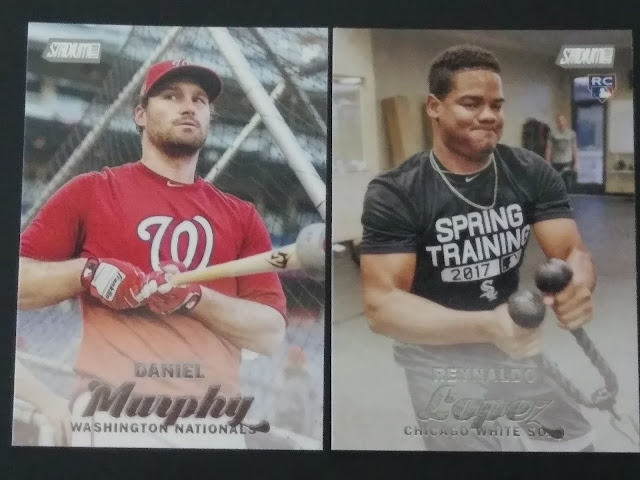 They should have gone vertical so we could see the machine Lopez was using, or maybe Topps was just interested in the Gun Show. 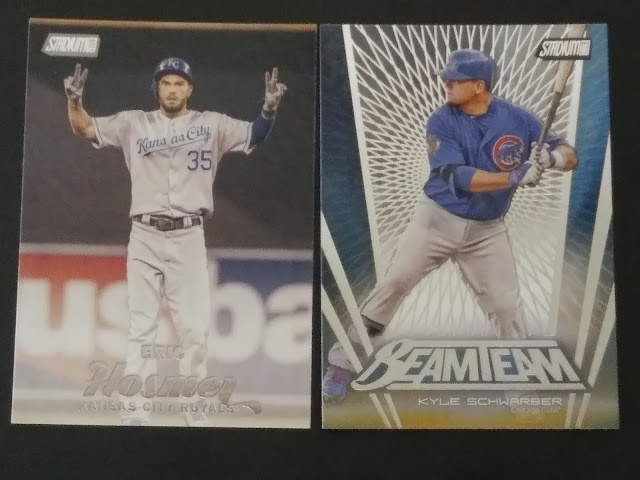 The Beam Team insert is 1 in 12 packs.  Here's hoping the slimmed down Schwarber can rebound this year. 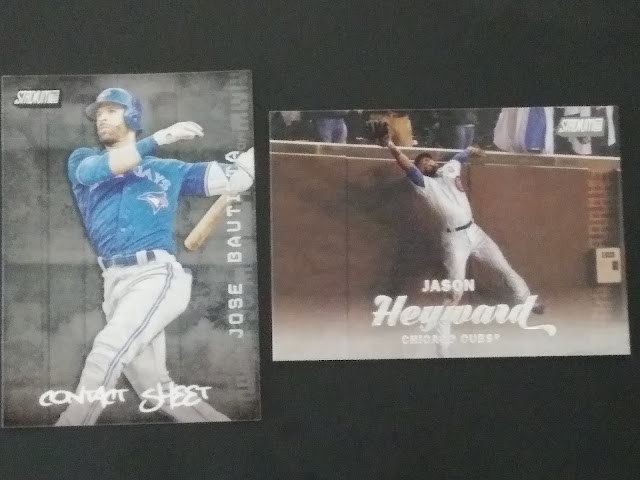 The Contact Sheet insert is 1 in 4 packs.  Great shot for J-Hey (hoping he can rebound as well). 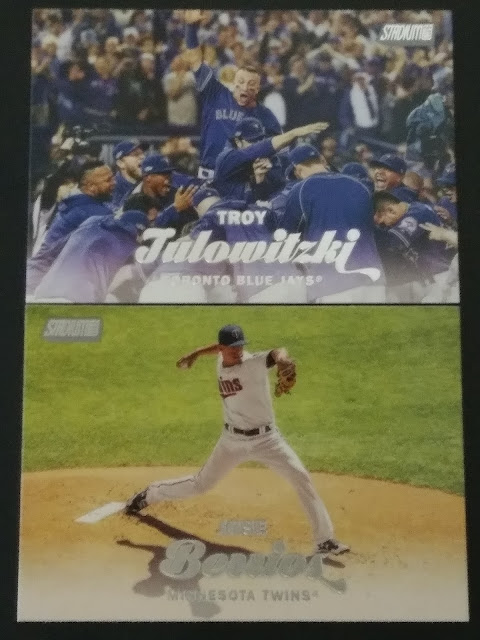 Two more nice looking cards round out the pack.  Here are some backs because 2000 posts: Anyway, that's the pack.  Thanks to all the posters and all the viewers, and for 2000 posts, thanks for reading!

Another nice looking Stadium Club set, but big time font fail on the insert--what the hell is "8EAM TEAM"?

Congrats. I loved this set and yes the photos are great. Topps gets it right with this brand.