Written by SumoMenkoMan at 5:00 AM
Season 11 of The X-files just wrapped up a few days ago so it make sense that we should honor a great show with a potential great pack of trading cards.  This set was released in conjunction with the 2008 X-Files called "I Want to Believe".  Had I seen the movie, these cards might make more sense, but I want to believe that this pack is going to contain some goodness.  I don't know, I've never opened any of this product before.  According to the pack, there are 7 cards inside with insert cards falling as follows: In Search Of (1:11 packs), Wanting to Believe (1:17 packs), Back to Basics (1: 23 packs) and some random auto and pieceworks cards.  According to The Trading Card Database, we are looking at 72 cards in the base set, plus the 3 insert sets mentioned above as well as a promo set to announce this set.  I personally love the X-files, but have stalled out at Season 8.  I need to press on and finish the series so I can catch up and have better commentary here.  Grab a glass of Mind Eraser and a protein bar, this could get edgy. 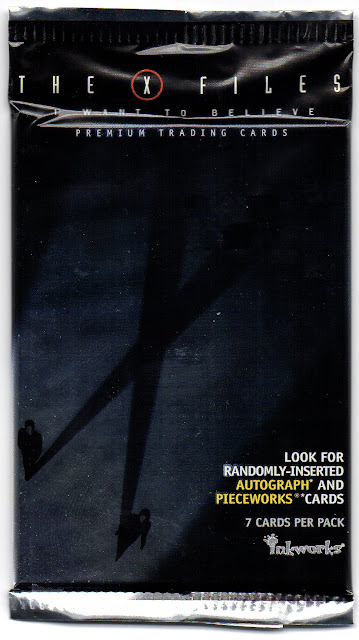 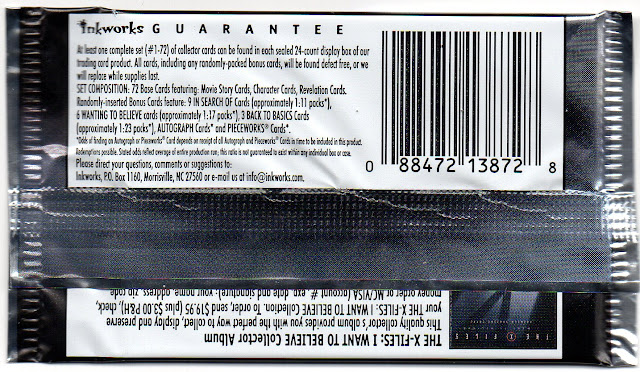 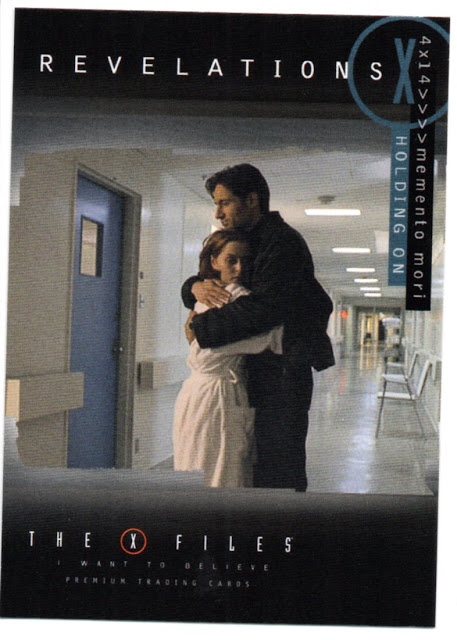 Card #62: Holding On....They have to hook up for real at some point in the series, right? 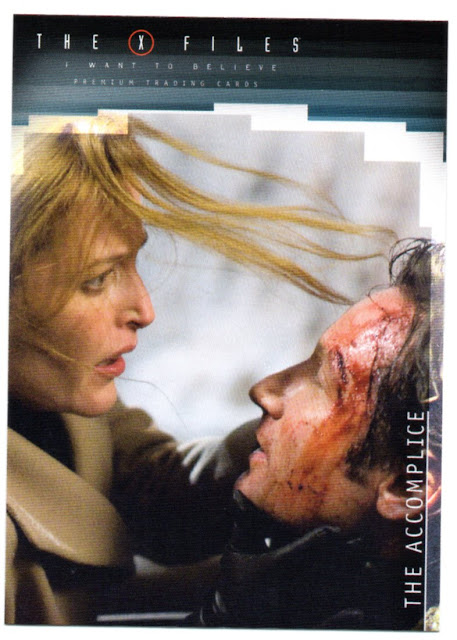 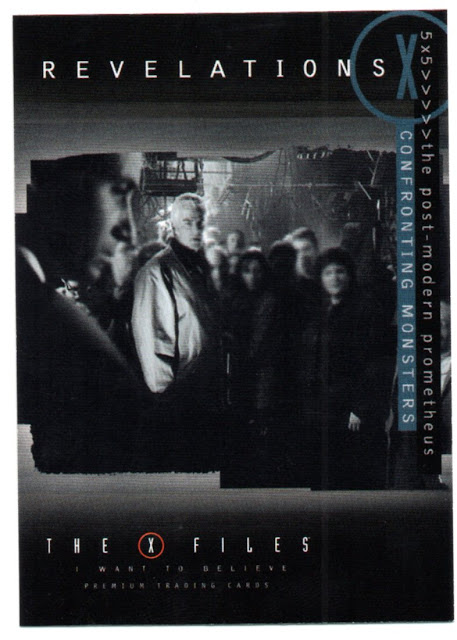 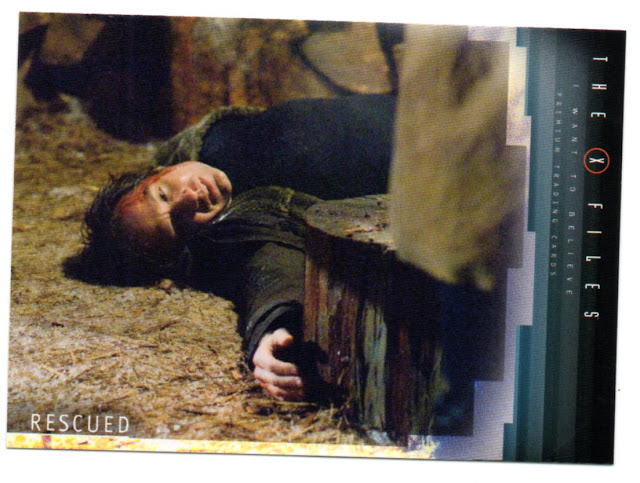 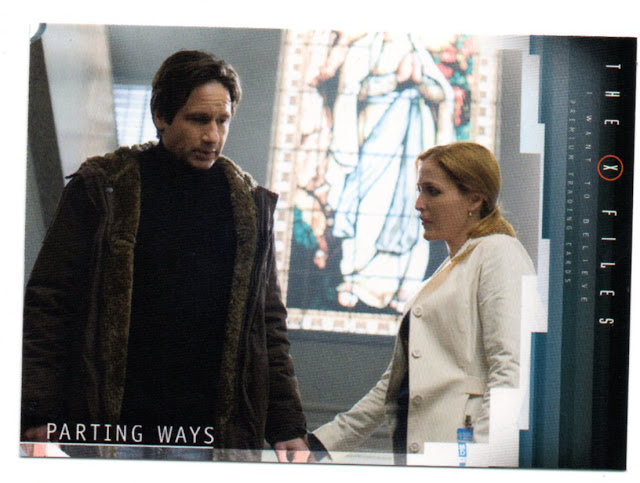 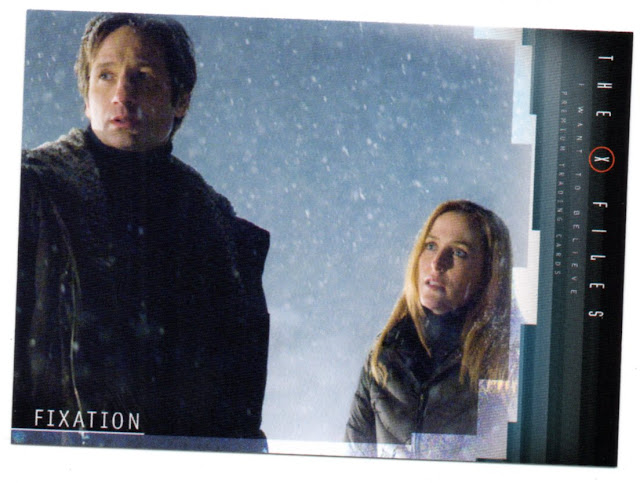 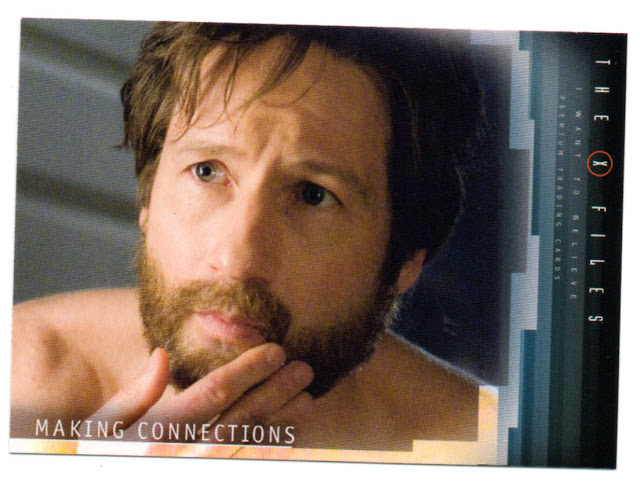 Card #18:  Making Connections....although not with a razor.  I like this Grizzly Mulder look.

Here is a card back. 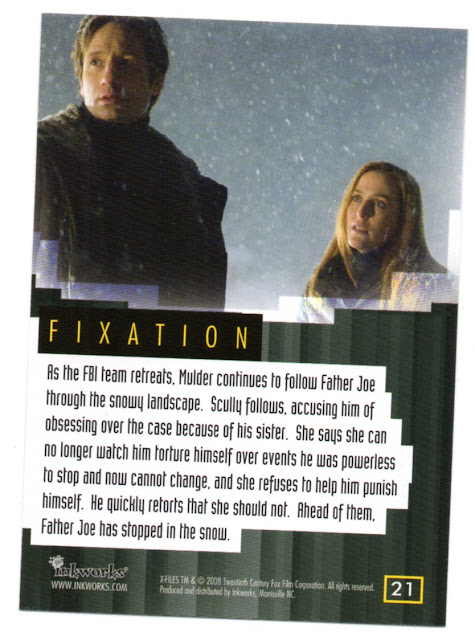 Does anyone else watch X-files?

Email ThisBlogThis!Share to TwitterShare to FacebookShare to Pinterest
Labels: 2008 Inkworks X-Files - I Want to Believe

Big fan of the show; didn't know this set existed. Looks like a combo of the I Want To Believe movie plus selected episodes from the series, which makes a 72 set card run kinda small.

I've always been a fan of this show, but I don't think I've watched an episode since college.