Written by The Angels In Order at 1:27 PM 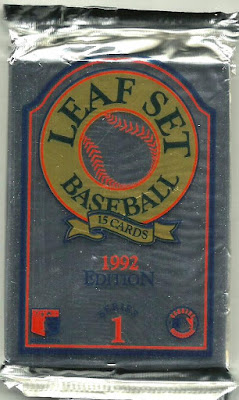 Lots of fail makes it hard to scan.
Series 1, 15 cards per pack 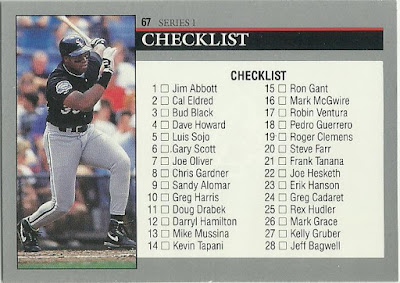 #67 Frank Thomas Checklist
Score right off the bat since I'm a checklist collector! 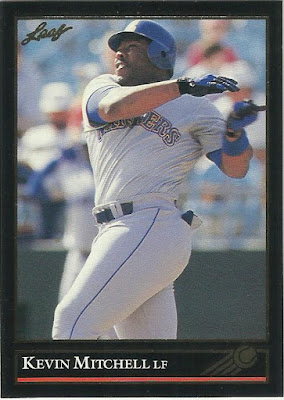 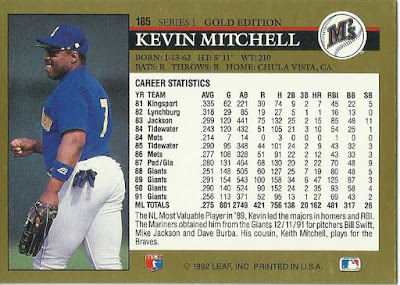 #185 Kevin Mitchell
At one per pack, a Gold Edition is a sure pull. Pulling a superstar is the hard part. 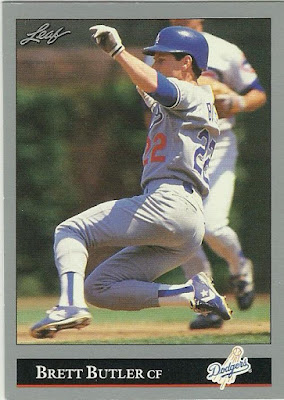 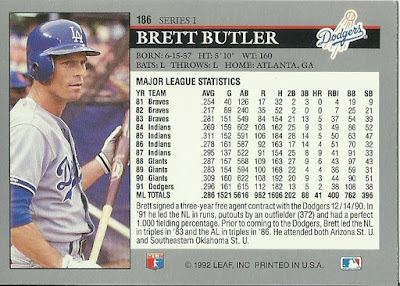 #186 Brett Butler
This design is pretty close to the perfect back. 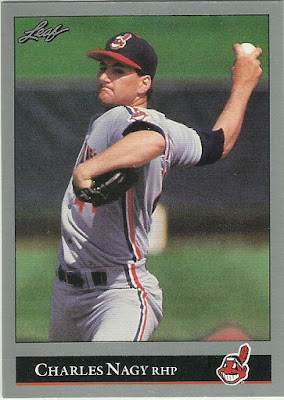 #115 Charles Nagy
Who can name that pitch? 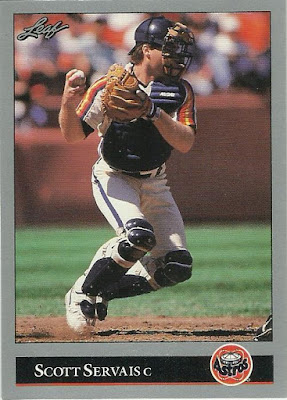 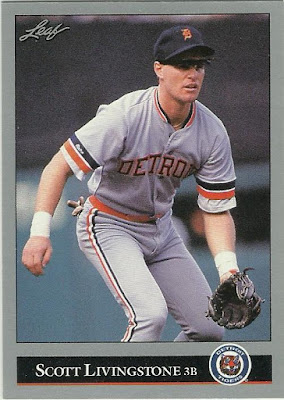 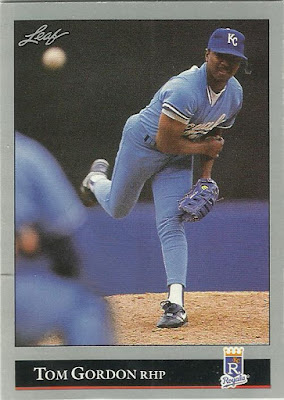 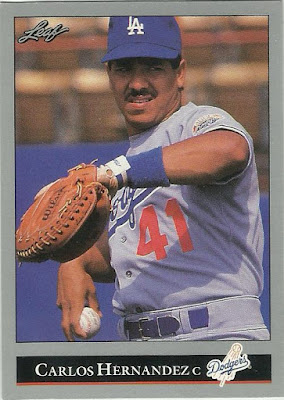 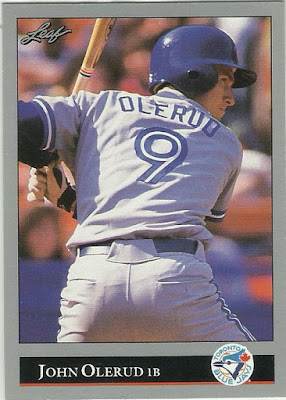 #60 John Olerud
Nice one for the PC. He's one of my all-time favorites. 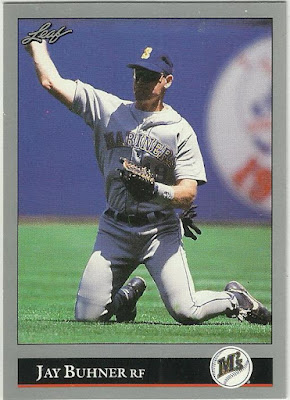 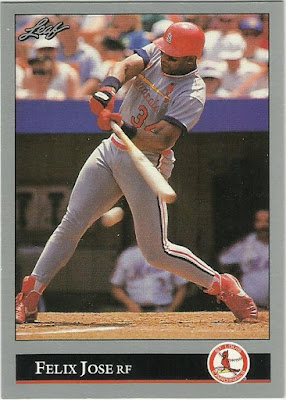 #63 Felix Jose
Think he put that ball in play? 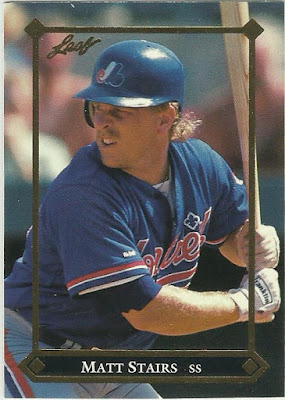 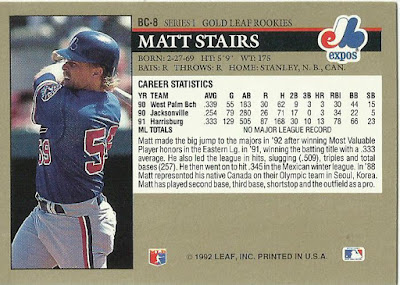 #BC-8 Gold Leaf Rookies Matt Stairs "Professional Hitter"
Gold Leaf Rookies were found about 5 per box.
Although not a superstar, definitely one of the best pinch hitters EVER.
Holds the record for most pinch hit home runs.
Played for more teams than any position player in the history of MLB. 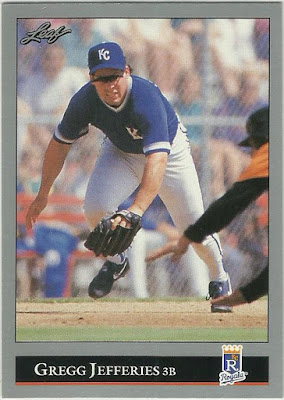 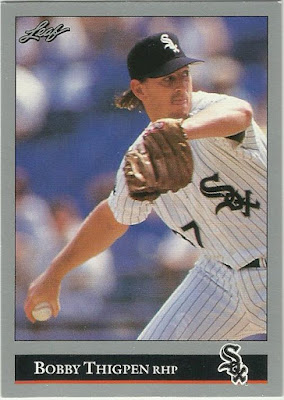 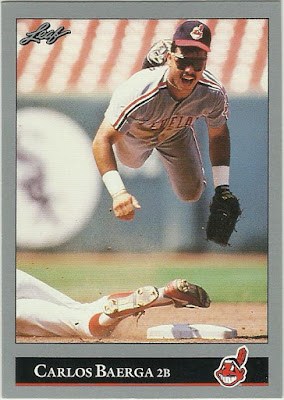 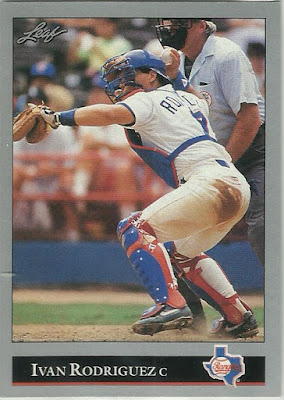 #194 Ivan Rodriguez
I seem to pull Pudge a lot.

That is indeed a really nice back design...but in light of Night Owl's recent post, I have to point out that the number is rather small and inconveniently located.

The black bordered parallels are beautiful. My favorite thing about this product.