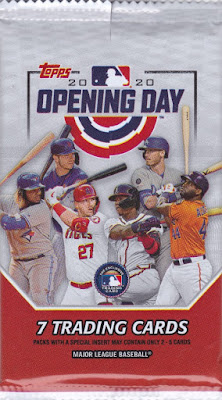 Topps has been putting out their budget priced Opening Day set for decades now, aside from 2009 when the set failed to make an appearance. Here's a pack from this year's bunch. 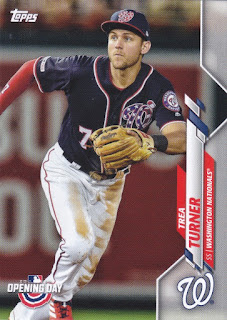 35 - Trea Turner - First up is a card of a newly crowned champion. 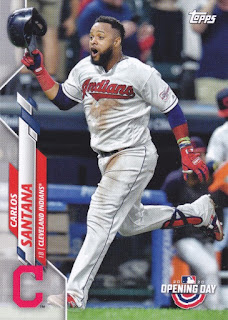 142 - Carlos Santana - This one is begging for a caption contest. 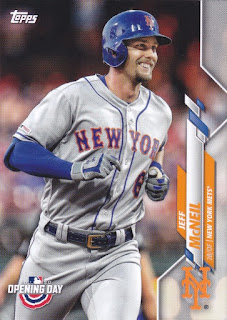 34 - Jeff McNeil - McNeil had an exceptional rookie season that was overshadowed by his own teammate. 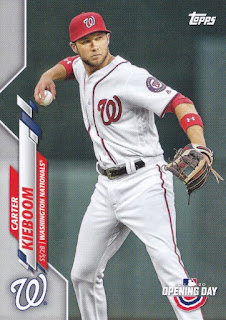 39 - Carter Kieboom - Kieboom didn't appear enough with the Nationals last season to burn his rookie status, so he's still considered a rookie even though this card lacks the RC logo. 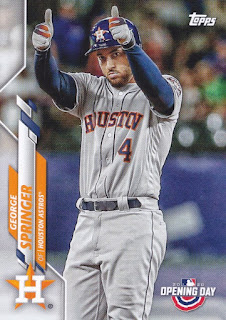 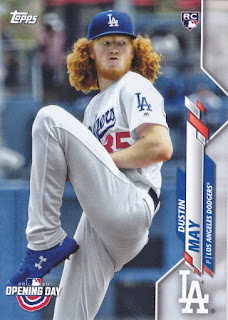 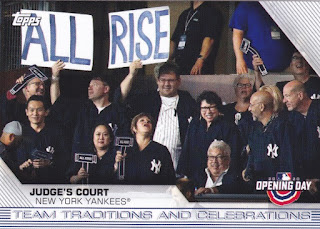 TTC-1 - Judge's Court Team Traditions and Celebrations - There's usually some sort of insert in each Opening Day pack, which is pretty solid for such a budget priced product.

OD inserts are usually some of my favorites. Not a bad pack overall.

Dustin May is already the 2020 Baseball Card Player of the Year.

May's hair is second to none.

Carter Kieboom is the best recent name in baseball. I hope he hits 50 home runs one year to live up to it.