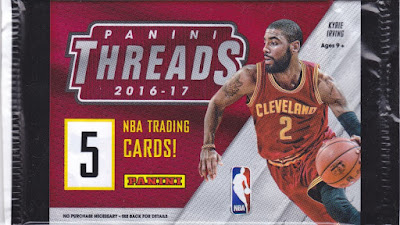 If this were a normal year, we would be gearing up for the NBA playoffs soon. Instead, I'm just continuing to post packs here to stave off boredom. 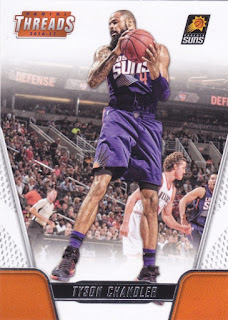 133 - Tyson Chandler - I cannot stand the tacky uniform changes where they Spanish-ify team logos. I love the idea of respecting the heritage, but the execution is woeful. (Los Suns? El Heat?) Just slap a definite article in Spanish in front of a team name and call it good, I guess? This can be handled a lot better. 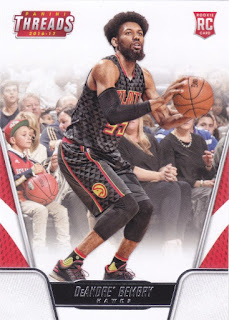 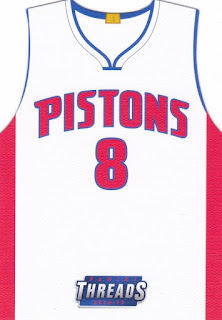 35 - Henry Ellison Home - Panini Threads does this thing where they have home and road jerseys of players represented as inserts or short prints, but they lack a certain sense of excitement when the player himself isn't anywhere on the card. I believe they changed this with last year's set. 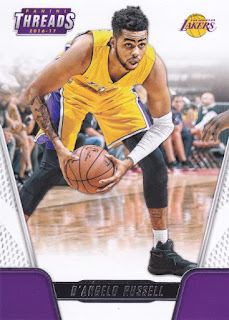 31 - D'Angelo Russell - Russell went to Golden State this year as sort of a consolation prize for not retaining Kevin Durant, figuring to be part of a new "big three" in the future even with Klay Thompson's season lost to injury. Of course, nothing went right for the Warriors this season, and Russell was flipped again to Minnesota, making it the fourth team in five seasons for a guy who everyone keeps wanting to be a superstar. 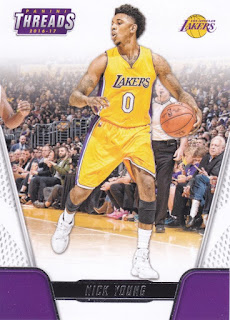 I love the die-cut jerseys (but they could use a photo on the back I suppose) and completely agree about the phony Spanish article ("el/los") An exact translation of the team name is fine with me - "Cerveceros" for example - the rest are just dumb.

Yeah. I mean, I can sort of understand why they do "Los Mets" because you can't exactly translate "Mets". But "Sols" in this case would be easy. "Toros" for Chicago would be perfect.

I've been told that "Los Suns" is what Spanish speakers would typically call the team, but I still think it's lame. I mean, if European soccer did an English-language game for some reason, "Royal Madrid" would make a lot more sense to me than "The Real Madrid" or something.