I don't usually post packs of this volume, because... wow, that's a lot of cards and a lot of things to say about people I don't know much about. But I set myself up for this when I posted the Series One version around seven years ago. Here's the long awaited sequel.

These jumbos again promise three Team 2000 inserts, plus an additional new insert called Slugfest. They also for some reason slapped a Pinnacle sticker over the pre-printed price tag, perhaps to hopefully suggest that their product might be rising in value and shouldn't be subjected to suggested retail prices? 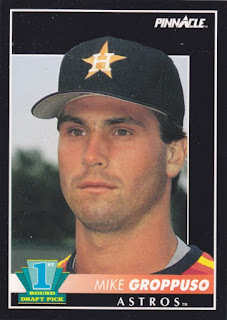 543 - Mike Groppuso - First up, and it's already a bunch of question marks for me. This is back when card companies could toss draft picks into their base set with reckless abandon. Groppuso never made the bigs, topping out at AAA briefly. 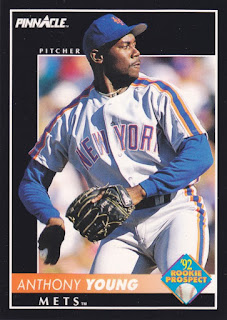 558 - Anthony Young - We know who this guy is, mostly for his disastrous 1992 season, unfortunately. 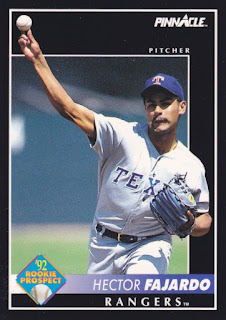 573 - Hector Fajardo - Prospect rankings probably weren't so numerous or studied as they are today in 1992, but I wonder if Pinnacle took a look at Baseball America before slapping these logos onto cards or if they just gave these out randomly to anyone who might still be considered rookie-ish. 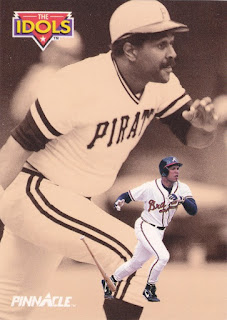 588 - Dave Justice / Willie Stargell - Here's a fondly remembered subset. It was a bold move to make the picture of the idol much larger than the current player. 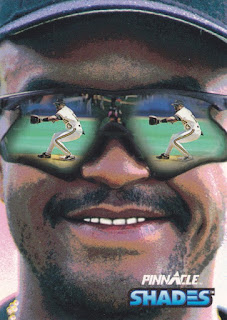 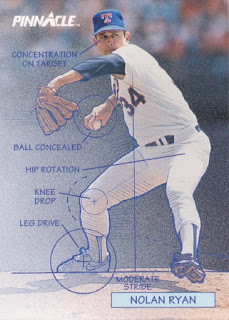 618 - Nolan Ryan - This was sort of an interesting idea, where they would break down each pitcher mechanically. 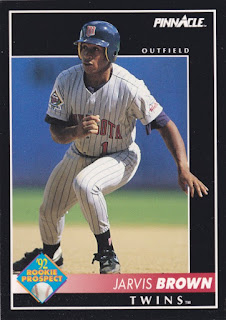 544 - Jarvis Brown - The speedy Brown was a favorite of mine when I was a teenager during his days with the Portland Beavers. 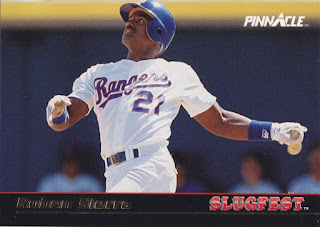 10 - Ruben Sierra Slugfest - This is the new insert for series 2. It might have been a jumbo pack exclusive? I'm not sure if all of these were horizontal, but I like it. 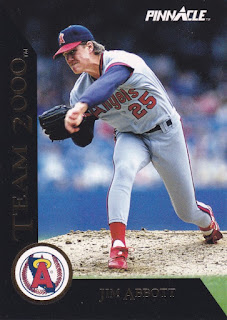 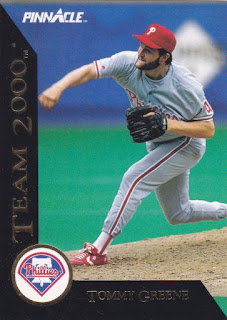 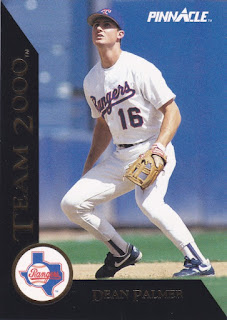 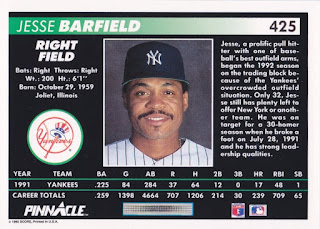 425 - Jesse Barfield - Barfield was a celebrated player of the '80s with Toronto, but it seems like almost everyone does their tour with the Yankees at some point. 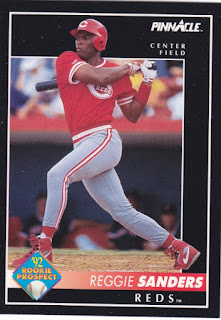 440 - Reggie Sanders - I kind of botched the scanning of Reggie's card, but with 27 cards in the pack, I wasn't about to go back and fix it. 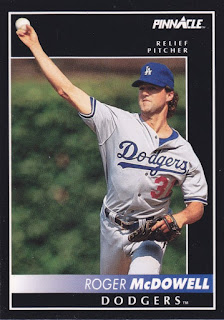 445 - Roger McDowell - McDowell was known as a prankster in his day, which makes me wonder if that's really a thing anymore. Does every team still have a prankster? Do people still light teammates' shoes on fire? Everyone seems so serious now. 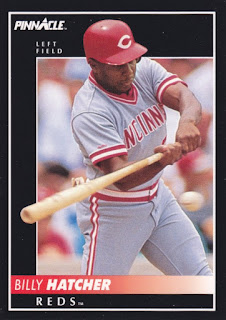 460 - Billy Hatcher - Hatcher is most memorable (to me, anyway) for that surprising 1990 World Series. 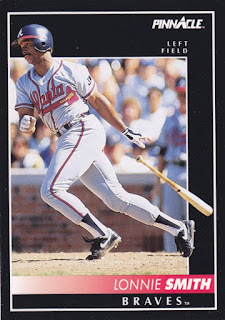 465 - Lonnie Smith - I mostly think of Smith's early days with the Cardinals, but he was still getting it done in the '90s. 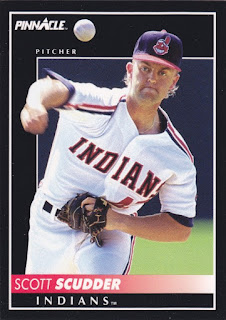 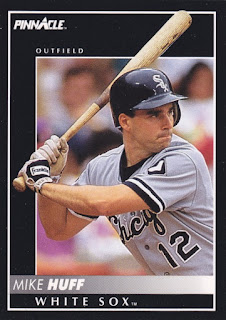 485 - Mike Huff - It's funny to remember how much the attention the White Sox got for switching up their jerseys back then, because teams seem to do it all the time these days. 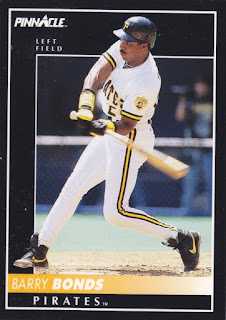 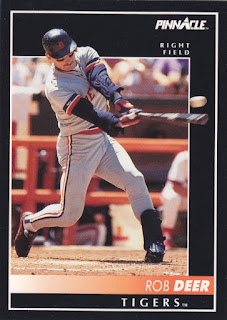 348 - Rob Deer - Deer was a three true outcomes kind of guy. He was coming off of a rough season, even by his standards, but 1992 would prove to be his best. 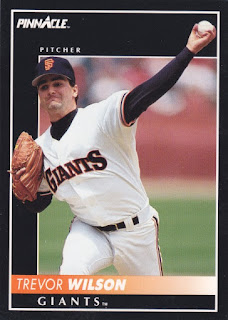 352 - Trevor Wilson - This is one where the players busting out of the frame really pops. 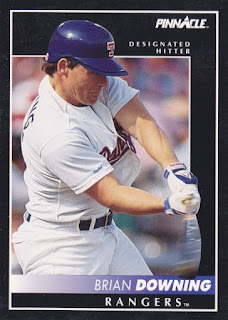 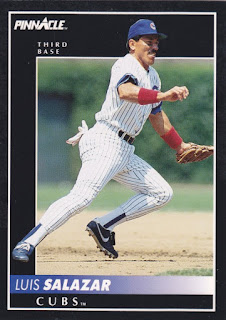 372 - Luis Salazar - You can always tell it's Wrigley on these cards. 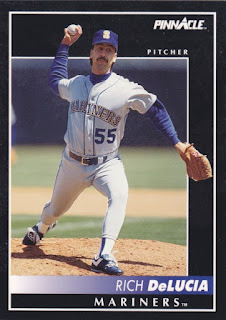 388 - Rich DeLucia - Rich was apparently born in a place called Wyomissing, Pennsylvania, which sounds made up. 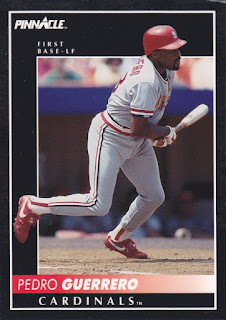 392 - Pedro Guerrero - This wasn't quite the end of Guerrero's career, but it was close. He logged a bit more time in 1992 before hanging it up. 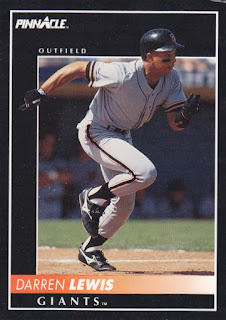 408 - Darren Lewis - Lewis would go on to have a 13 year MLB career including a Gold Glove award. 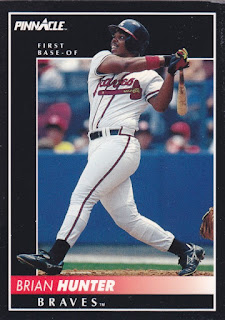 412 - Brian Hunter - There were a couple of Brian Hunters in the '90s. This guy was more of a journeyman, although was perhaps better known because he was on those Atlanta teams that made it to the World Series in the early '90s.

I'd sure like to think there's a prankster on each team. You'd figure with social media being what it is we'd hear more about them. No?

If Fleer hadn't released Ultra that year, I probably would have bought more of this product. I remember like this set back in the day, but I invested 90% of my hobby budget to building a master set of Ultra.