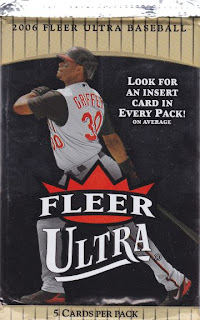 As another frequent player on the repack scene, 2006 Fleer Ultra doesn't stand out much in the Ultra line of products, but getting one of these packs definitely beats a resealed 1989 Topps pack with the Gary Sheffield rookie card swapped out for an unsuspecting John Shelby. 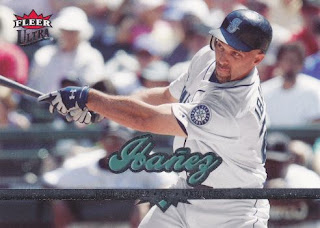 79 - Raul Ibanez (Clearly, my scanner hates these cards. In case you can't tell, this is Raul Ibanez the baseball player, and not a sports-related advertisement for crummy guitars. And yes, I realize that Raul's last name involves a tilde, but I am too lazy to look up the proper alt-key sequence to make that happen. I hope I have not offended anyone.) 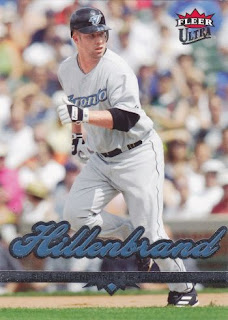 23 - Shea Hillenbrand (This pack is a sinking ship! The writing is on the wall!) 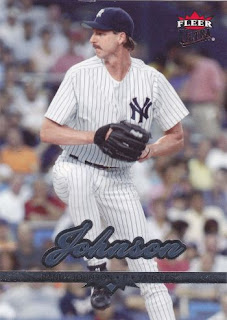 177 - Randy Johnson (Randy should have renamed himself Randy Johnson-Johnson, much like the annoying and delusional Courtney Taylor-Taylor did to attempt to expedite his process to achieve moderate fame.) 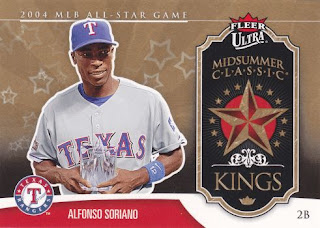 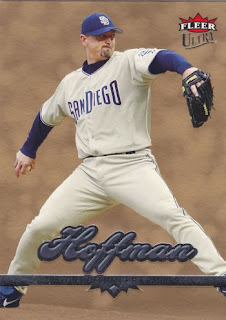 113 - Trevor Hoffman Gold Medallion (Instead of using gold foil, they decided to blur out the background on these cards and use the icky gold "color" as a background instead. I really dislike gold used as a color rather than a metal. Hoffman's good, though I just wish he hadn't moved to the NL Central.)