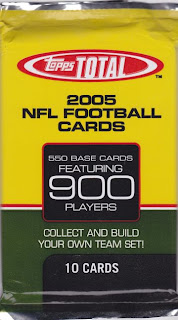 The 2009 NFL season officially starts tonight. Weren't expecting that, were you? I'm not a football collector anymore, as I have multiple storage boxes of early '90s Pro Set and repressed buyer's remorse to show for it. However, I did unearth a pack of football cards purchased in a fit of big box store fury several years back. Where can you buy Topps Total these days? I would love to buy a few Topps Total baseball packs at least. 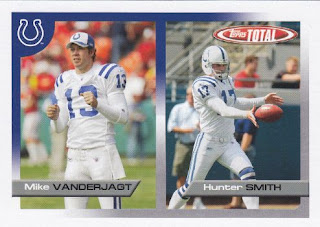 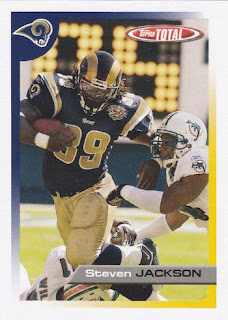 51 - Steven Jackson (Jackson was a big time back at Oregon State, the in-state rival of my Oregon Ducks.) 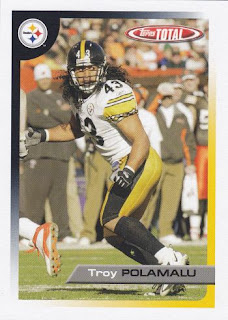 104 - Troy Polamalu (Polamalu also has a local connection, as he went to high school in a small Oregon town. He's one of the Madden coverboys this season and you can see him in action with the defending chumps on NBC tonight.) 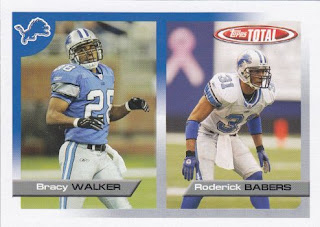 99 - Bracy Walker / Roderick Babers (I have no idea who these guys are, but then again I probably couldn't name more than one or two current Lions anyway.) 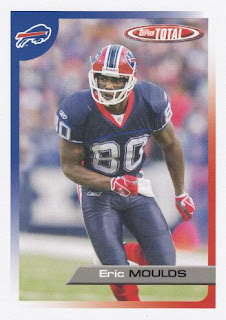 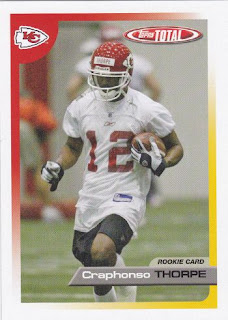 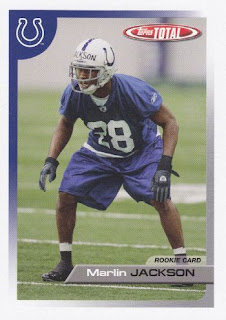 453 - Marlin Jackson (This is another example of how ridiculous rookie NFL cards look. Players without pads just look like guys that just strolled into a shop in the mall and bought some of their favorite team's gear.) 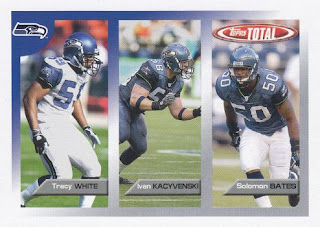 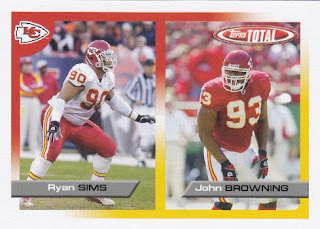 52 - Ryan Sims / John Browning (Lots of Chiefs in this pack. Like the Lions, I can't say that I could rattle off many active KC players.) 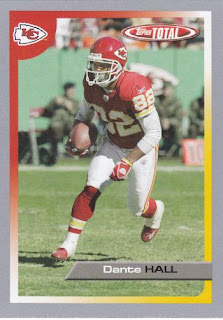