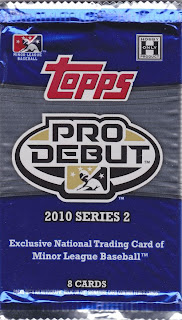 To make a long story short, I was really looking forward to the Topps Pro Debut set when I first heard about it a little over a year ago. I was excited about the idea of buying minor league packs with a traditional Topps look to them, and was thrilled that they'd be available for me on an impulse buy. And then I waited, waited and waited some more. It took me a long time to realize that not only was it a hobby-only release, but that no one cares at all about it. It took me more than a calendar year after its initial release to actually see a pack for sale. I ended up buying two at $3, which is at least twice as much as I think it should cost for a pack of 8 cards of minor league players on base set card stock. I didn't even realize until after I'd opened the second pack that what I actually bought was in fact Series 2, whose existence was completely unknown to me as well. 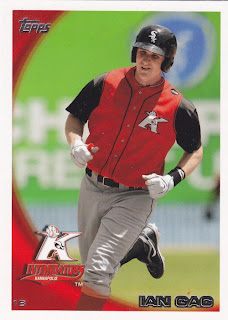 423 - Ian Gac (I had to look at this card about 12 times to realize that his last name is, in fact, not GAG. He is threatening to tie Jon Jay's title of shortest name in MLB, but it looks like he's got a ways to go considering he's shown playing for the completely fake sounding team called the Kannapolis Intimidators.) 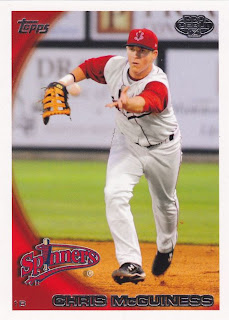 411 - Chris McGuiness (And now we go from an Intimidating team to a team of sewing enthusiasts, apparently.) 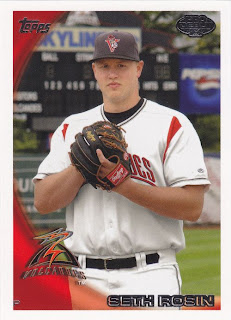 402 - Seth Rosin (With the Portland Beavers departure into the evil black vortex that former owner Merritt "Portland Timber$" Paulson created when he evicted the team from their longtime stadium, the Salem-Keizer Volcanoes are now the closest geographically located professional baseball team to me. I live in a market of more than 2 million people. That is just pathetic.) 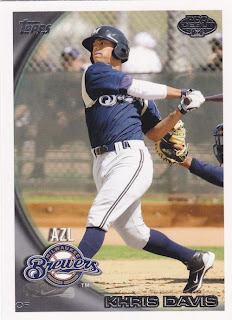 392 - Khris Davis (The funny thing about this picture is that the pitcher never actually threw a ball.) 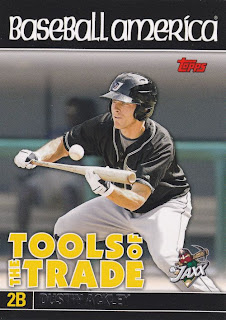 TT11 - Dustin Ackley Tools of the Trade (It's going to be a long season in Seattle, but they've got some nice prospects in waiting.) 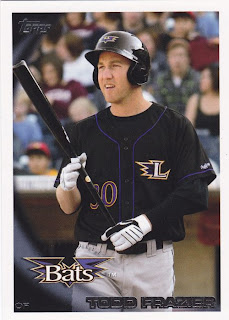 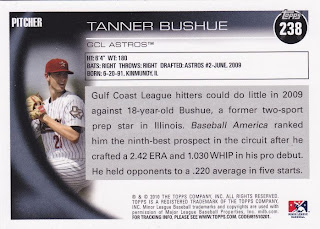 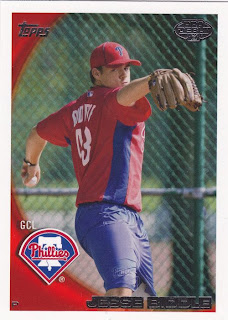 308 - Jesse Biddle (Biddle spurned the Oregon Ducks ovations and decided to go for the money last summer. Should I remember this fact by the time he reaches the majors in 6 years, I will likely not root for him. Also, I just realized that some of these guys were born in the '90s. Creeeepy.)

It is just depressing not having the Beavers here in Portland anymore.

Have you ever gone to Salem and watched a Volcanoes game? I might have to this year to get a baseball fix.

I refuse to go to a Timbers game for the simple reason that they displaced the Beavers.

I haven't gone to a Volcanoes game yet, but I always see the stadium on I-5 and wonder what it would be like. I've been to a few single-A games in my life (Eugene Emeralds, Portland Rockies) and they were fun.

Oh, and about the Timbers. I want to boycott them, but at the same time I'm starting to enjoy soccer more and more.