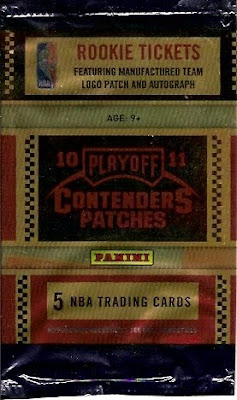 Went to my local card shop and picked this up for $7. There has to be something worth opening. 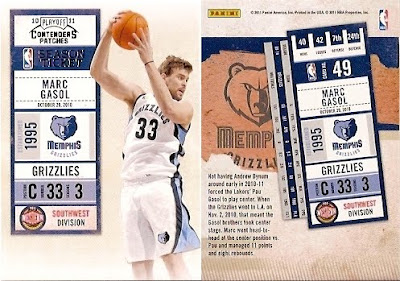 49 - Marc Gasol - the younger brother of Pau. Looks like he's grabbing a rebound. I like the design with the ticket showing his position, jersey number, years played in the NBA, and the team inaugural season. Back of his showed one line season stat with career numbers. Along with it are the team w/l record and defensive and offensive ranking from last season. 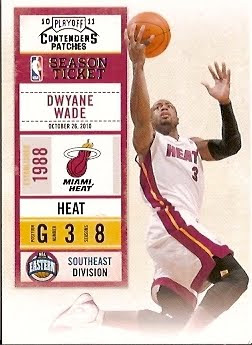 91 - Dwayne Wade - D-Wade about to layup a shot. One of Heat trio of Bosh and LeBron trying to get that NBA championship ring. 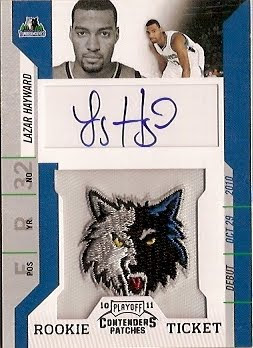 129 - Lazar Hayward - Whoo! I got a rookie ticket card! Drafted 30th overall by Washington Wizards only get shipped to Minnesota. Played 42 games this season. I enjoy pulling this because this is my first ever autographed/logo card. 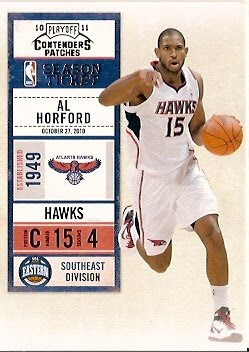 87 - Al Horford - Played in the All-Star game last year. The big man in Atlanta is very good rebounder and has improved his numbers each season. 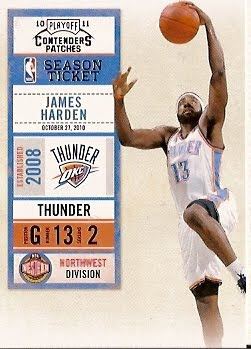 30 - James Harden - coming off the bench has steadily improved from his rookie season. Could be potential starter next season? 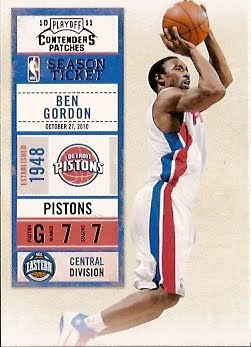 73 - Ben Gordon - since signing with the Pistons he has declined. So far he's a free agent signing bust.
Not a bad pack and I feel like a winner with Hayward rookie ticket card along with D-Wade.