My daughter, being the awesome daughter she is, was at a mall with a Disney store. They had some events going on for Star Wars Day, which she had to take part in for the paper Medal of Bravery as was as a mini lightsaber balloon thing. She also scored a free pack of cards given away. 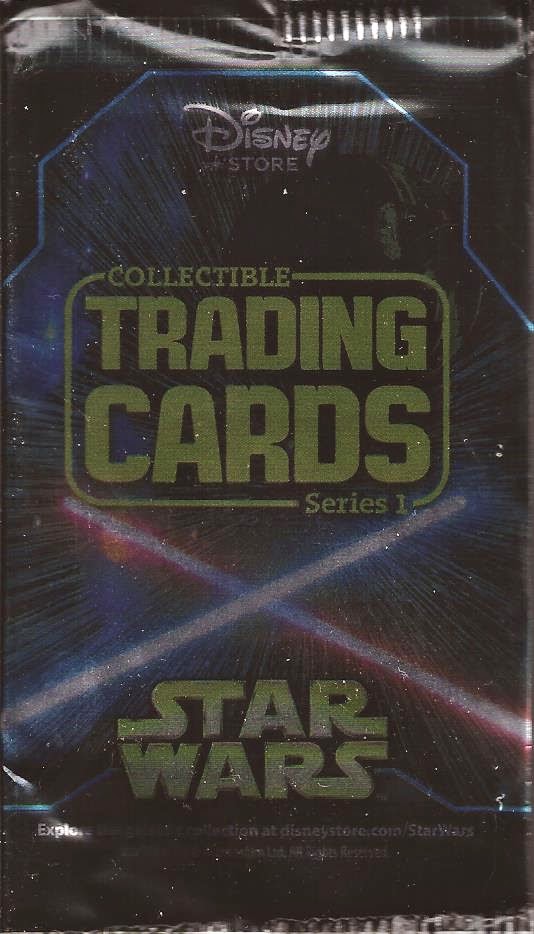 Yes, the pack is that dark. What you can't see is the Death Star just behind the Disney store logo. No odds on the back of any parallels, relics or autographs. Just three cards in the pack, but let's rip! 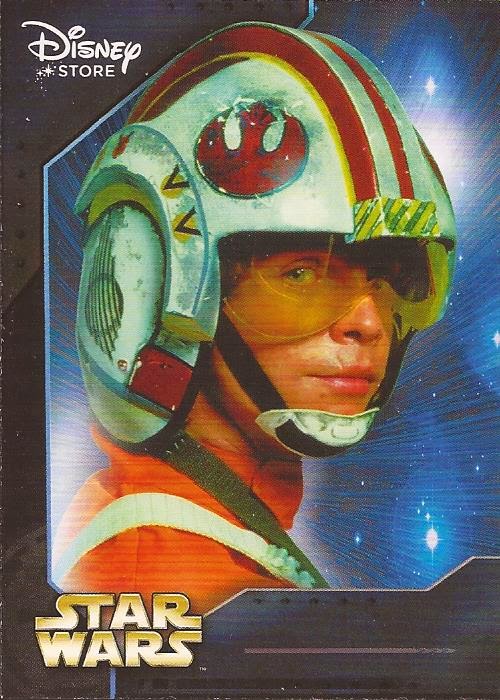 Fairly straight forward design. No foil, which is a very good thing indeed. No name on the front (like we all don't know who it is), but I thought I would make mention of that. 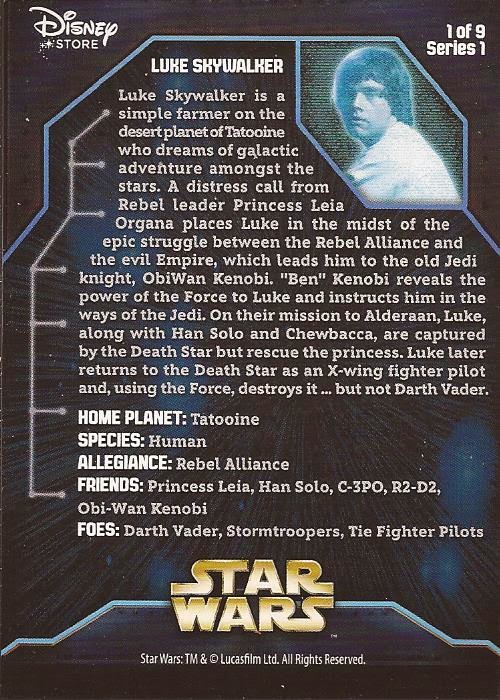 Big write up on the back. And look - DIFFERENT PICTURE! Of the three cards in this pack, though, it is the only one that is different on the back. But they all give that rear photo the hologram look. From the write up and the categories, you can see it is geared towards children. Just a 9 card set. I wonder if all the packs were just the first three cards in the set, or could you make a complete set today if you got the right packs? No idea who printed these cards as there is no mention on the card or the pack. From the lack of foil, I am thinking a company NOT named Topps. 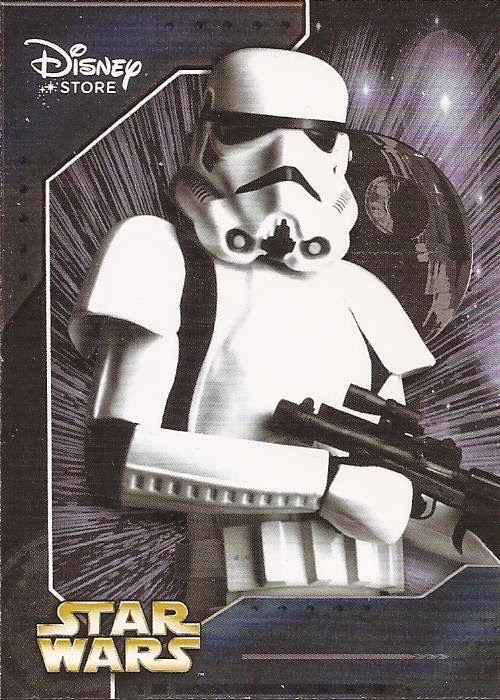 TK-xxx is next, though he is technically card #3. As I mentioned, same picture on the back, just holo'ed. 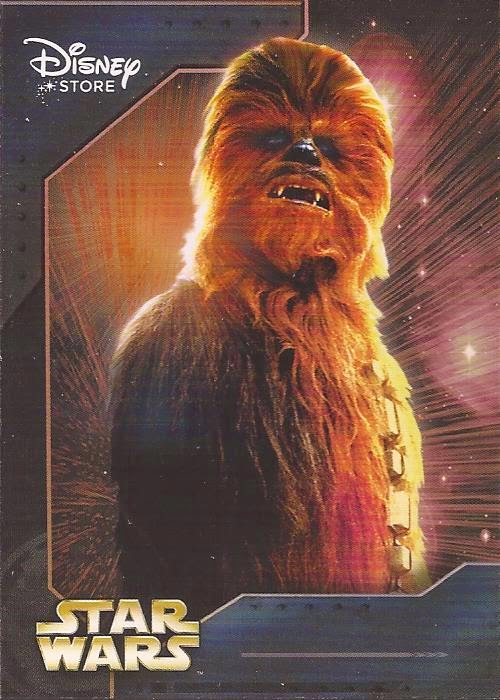 My daughter got some too. any idea if more can be purchased somewhere?