Written by Jafronius at 11:39 PM
Greetings!

Hope everyone had a fun weekend.  Since I put up a hockey post during it's playoffs, might as well do the same for basketball.  Packs of this set starting popping up a couple of weeks ago.  Here's a pack of 2013-14 Panini Basketball! 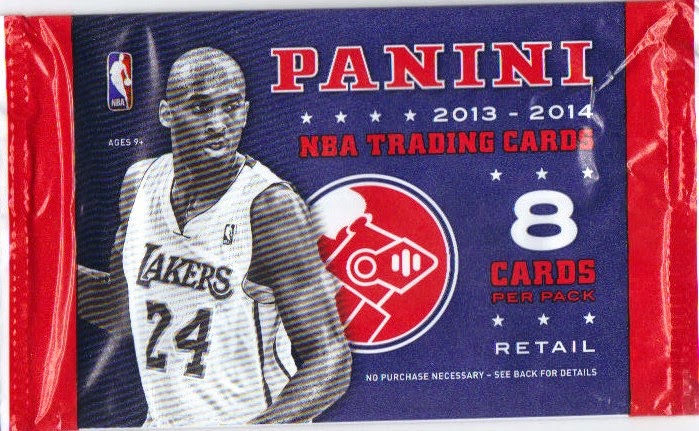 I also couldn't figure out what that picture is in the center of the pack.  Took me days before I realized it was the Panini Knight dude.  Why does he appear on the pack?  Anyway, here's what I got: 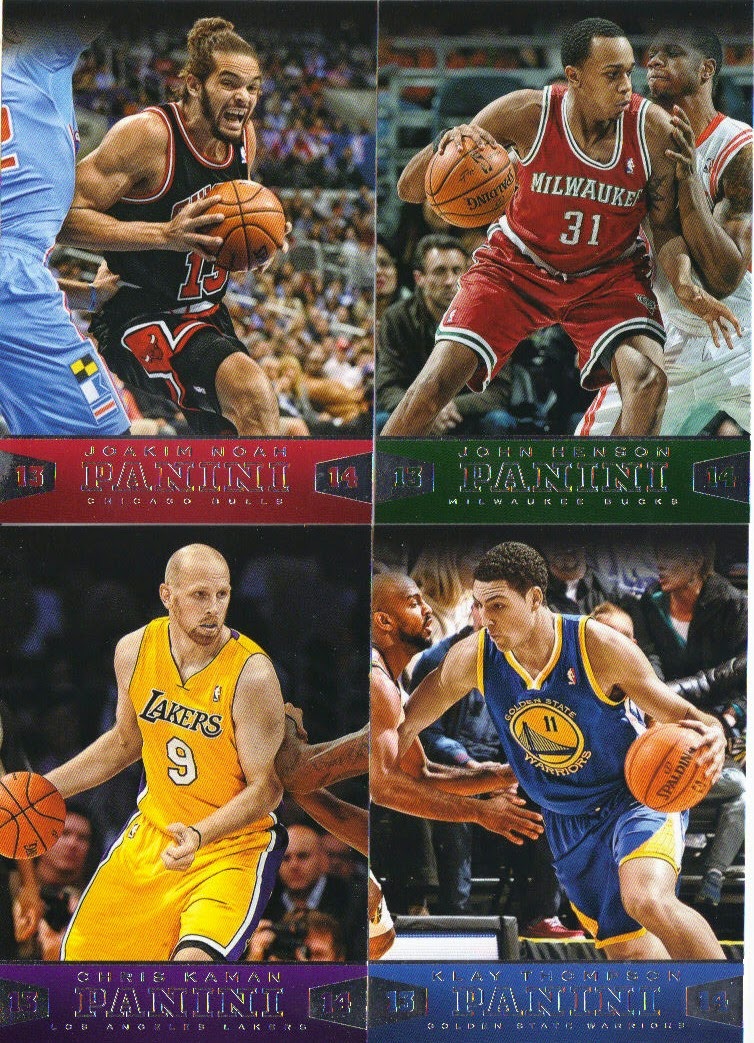 Not too bad.  The pictures are sharp and I kinda like the fade to black at the top.  I could do without the big-lettered Panini, and depending on the angle, the foil lettering could be hard to read.  The background at the bottom matches the team's primary color. 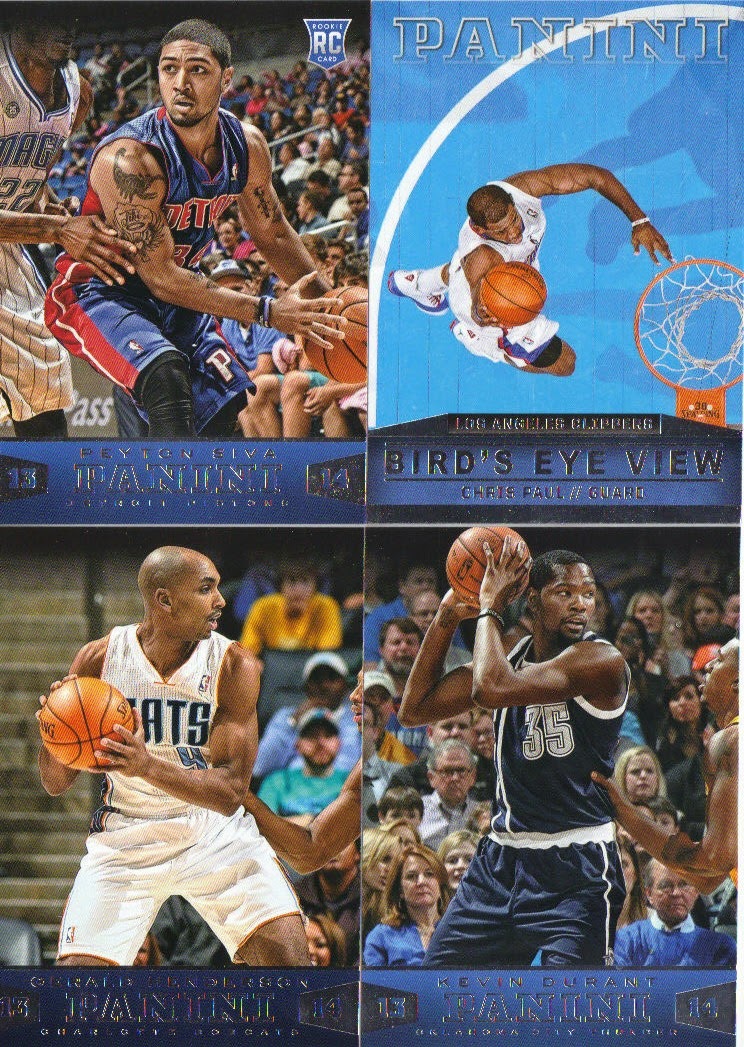 The Bird's Eye View is a 10 card set, but the pack does not list the odds of pulling an insert.  I got a kick out of the unintentional "Easter Egg" on the Peyton RC.

Do you want to see backs?  You all probably know what they look like already.  Alright, here are a couple of samples: 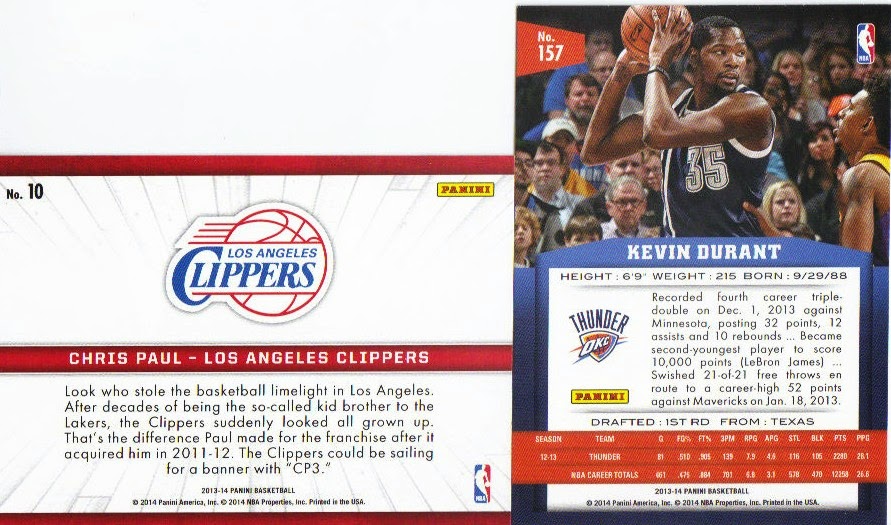 Reused photo / team logo, one line of stats, quick blurb of highlights (updated through the end of 2013), yadda, yadda, yadda.

This is a 200 card set, consisting of 160 players and 40 rookies.  No idea if the rookies are short printed, or if there are legends in the set like last year.  I think it's a better looking set than last year's offering, though.

Anyway, that's it for now.  Have a good week everyone, and thanks for reading!