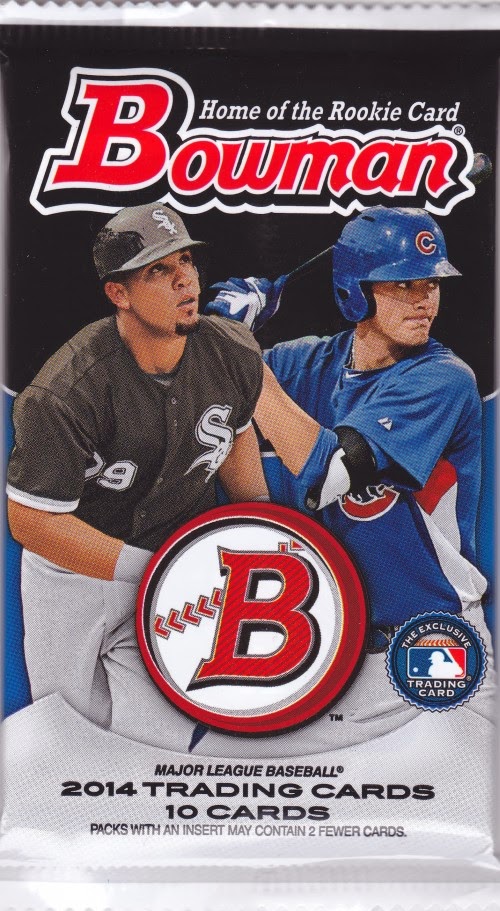 Bowman hit the shelves for the first time this year a little less than a month ago. I have to say that I always appreciate Bowman when it comes out but get totally sick of it before I even get ahold of the Cardinals team set that I seek year after year. 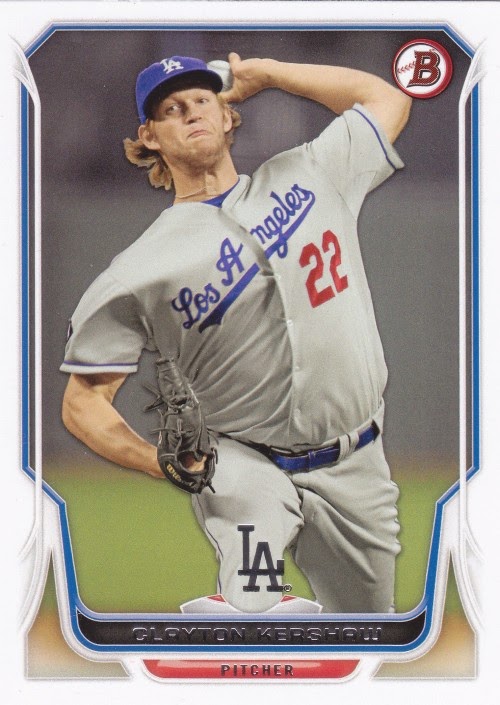 100 - Clayton Kershaw - I pretty much never get the first pick in any given fantasy draft even though I participate in four leagues a year, not coincidentally the maximum number Yahoo allows to any given account. I was starting to get nervous about Kershaw when he got injured in his first start, but he seems to be okay now aside from one disastrous start. 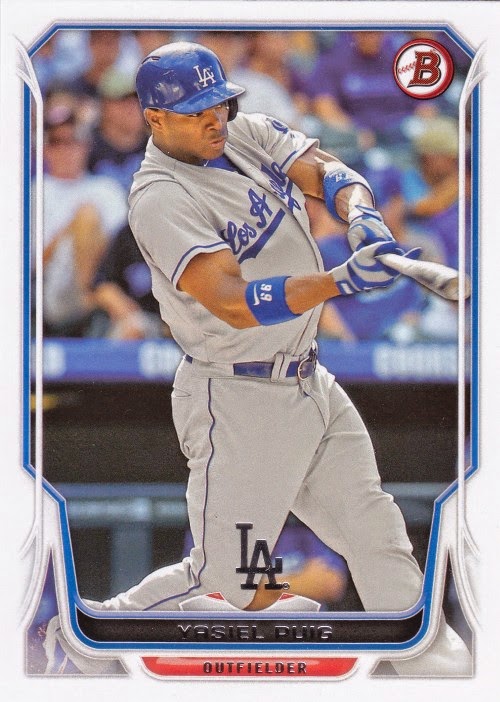 214 - Yasiel Puig - Back to back Dodgers is not how I wanted to start things out, but I never have a problem getting rid of their cards. 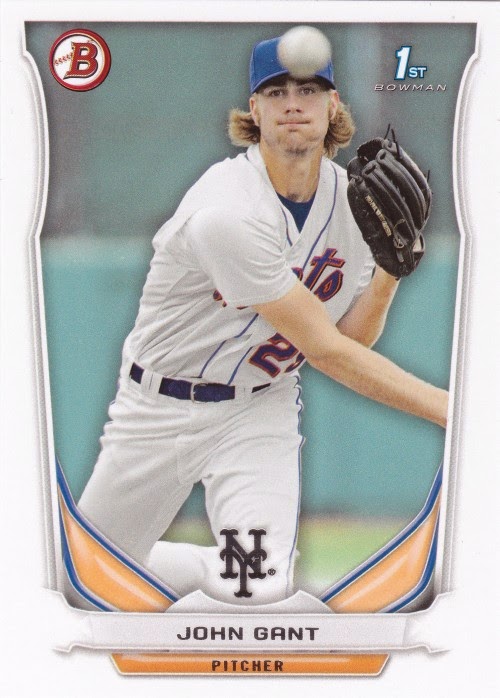 BP74 - John Gant Prospects - I have to say that I like this year's design as well as the Prospects design, if not for any other reason but the foil team logo. Really, no other foil is needed. Especially the player name. Foil makes names hard to read. Foil makes great logos, though. 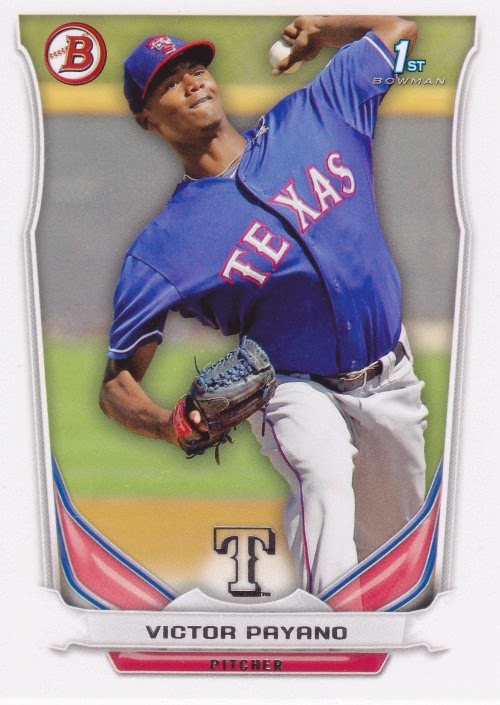 BP86 - Victor Payano Prospects - The name Payano makes me think of the scam that got rock and pop artists significant exposure on the radio by way of cold hard cash back in the day. And probably now. I don't think anyone really listens to the radio anymore, though. 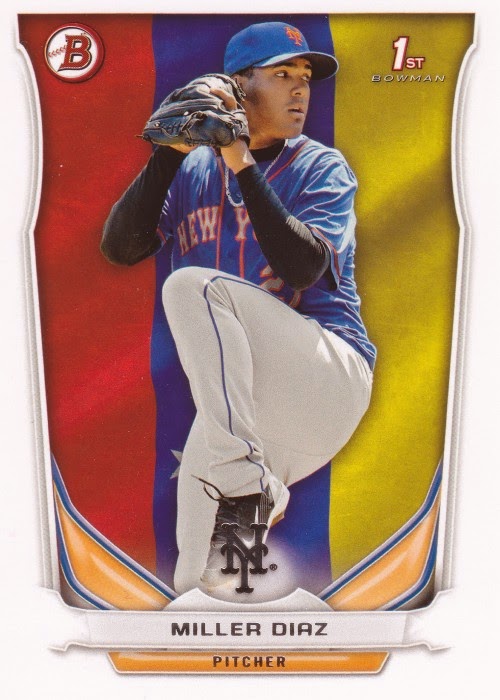 BP97 - Miller Diaz Prospects State and Hometown - It's a parallel of an insert... I think? 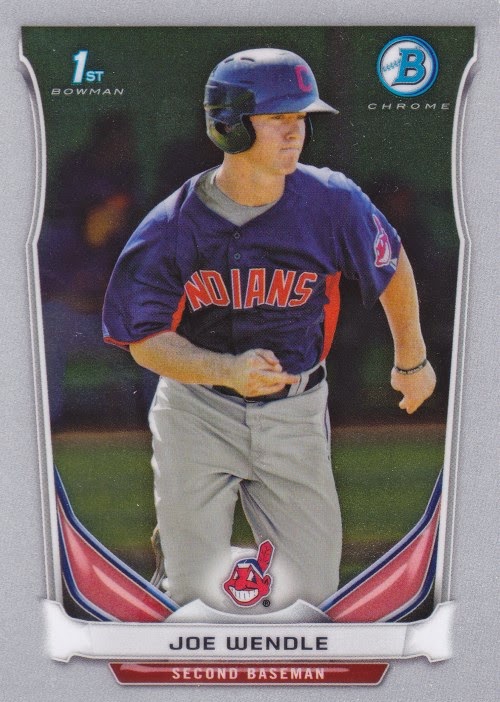 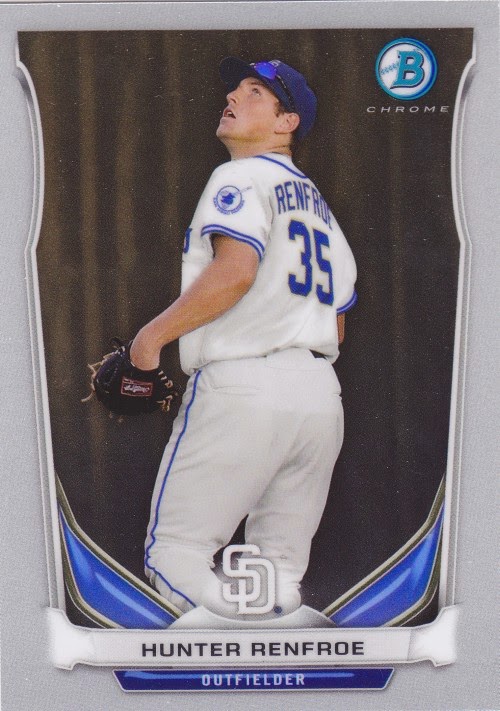 BCP52 - Hunter Renfroe Chrome Prospects - As with every year, I haven't heard of these prospects. It feels like there's a lot of prospects in these packs. 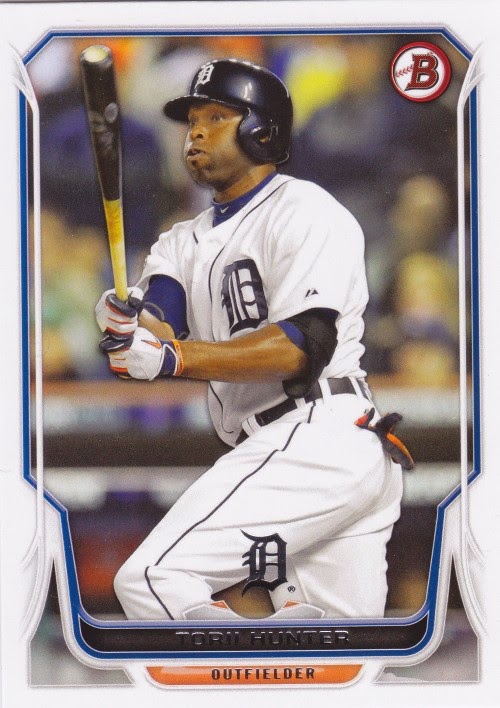 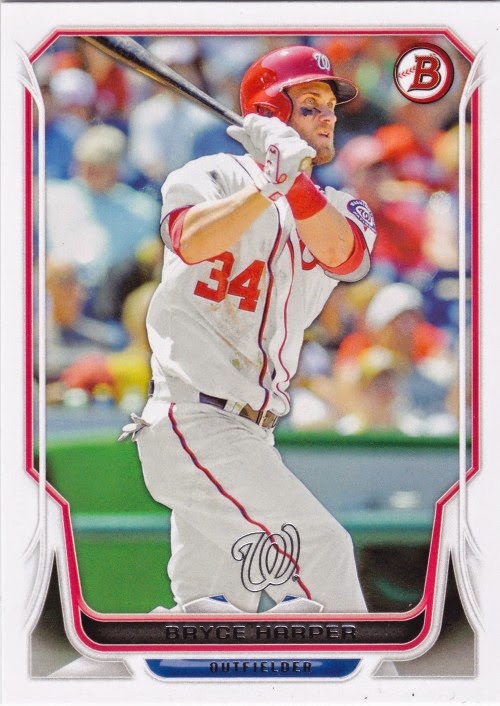 Email ThisBlogThis!Share to TwitterShare to FacebookShare to Pinterest
Labels: 2014 Bowman

I listen to the radio on the way too and from work, but only sports talk radio. They don't play a lot of music on there.

Who is John Gant?

I think the thing is, there's not much of a payoff with getting the first pick, so when it does happen it's not that memorable or worth mentioning. There's not really any big payoff to having a #1 pick in fantasy sports because it's not like you're going to use the pick on some sort of undiscovered superior talent to get one over on your opponents. Everyone who gets drafted that early is pretty much a known quantity. At that point, you're just determining whether you want to use a pick that high on a pitcher (i.e. the best pitcher) or feel like going with whoever is the most productive offensive player of the day.