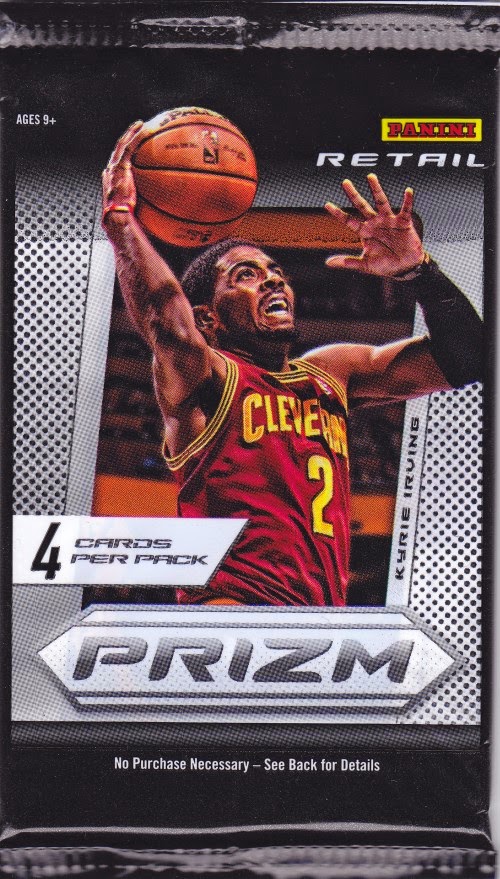 Hey, Prizm isn't bad looking when it's a sport where Panini actually has a license to show team names and logos. I got this as part of some sort of basketball repack awhile back. 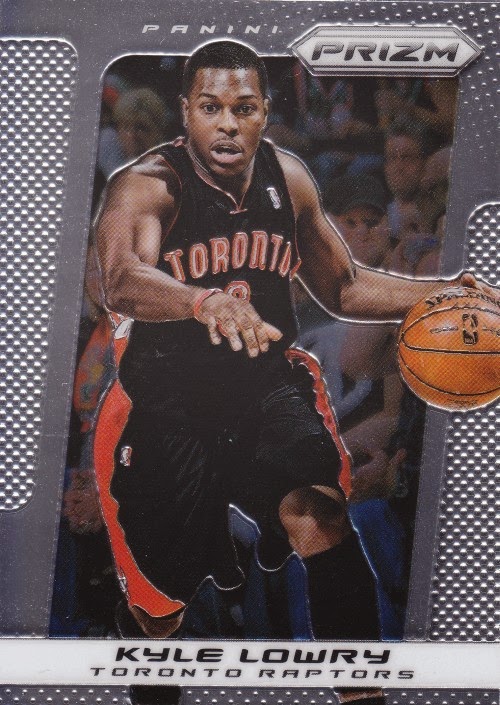 163 - Kyle Lowry - Lowry is one of the more underrated players in the league. This point guard was a big reason that the Raptors were able to make a playoff run this year. 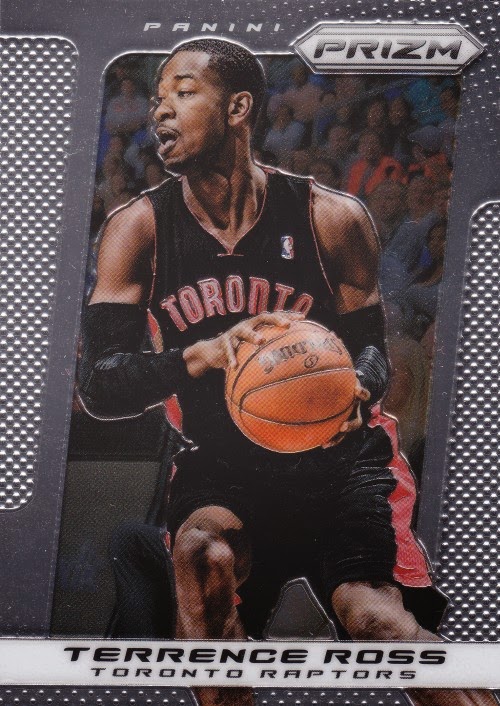 121 - Terrence Ross - A Portland native and also a Raptor. 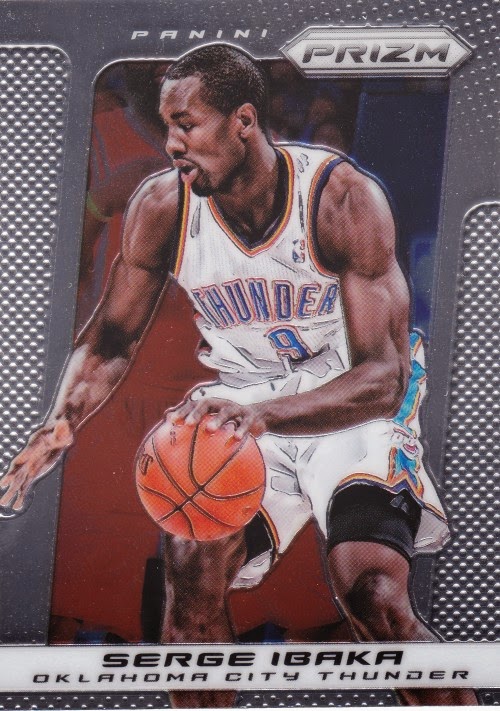 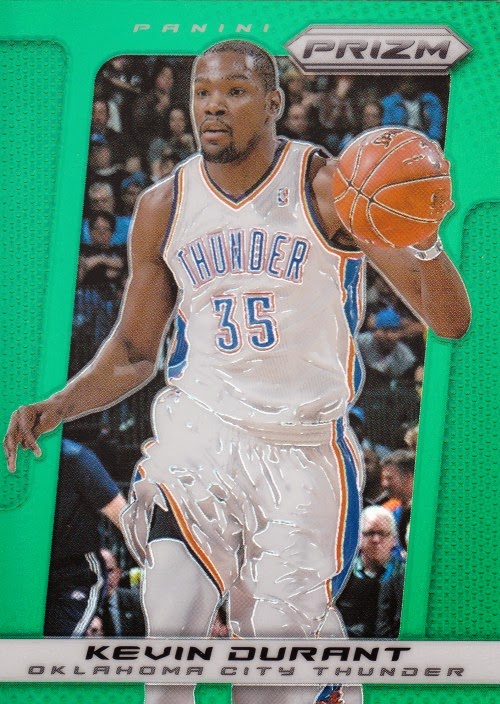 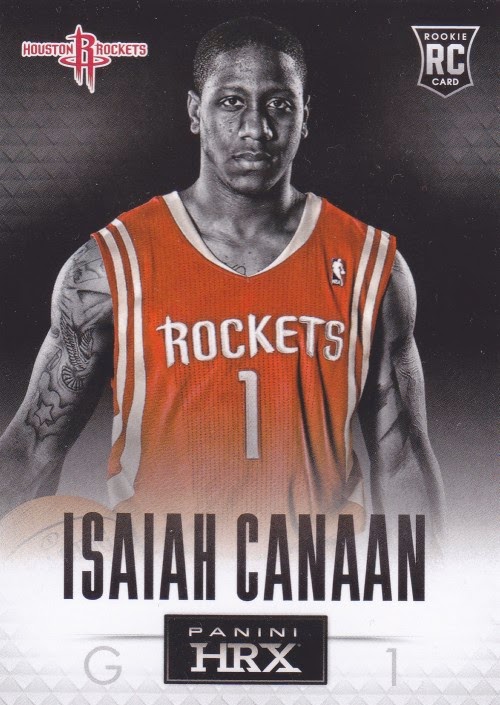 9 - Isaiah Canaan HRX - So, I was promised 4 cards and ended up getting 5, though this one appears to be from another product entire. For all I know this might be normal and they might just be trying to cross-promote these HRX cards. They come with a QR code on the back that you can scan with a mobile phone which leads to you installing some app where you can view video clips of the player. I haven't tried it with this particular card as I have no idea who this rookie is.

I pulled one of these packs in a repack and got Shane Larkin xrt they are sp cards, the video not all that impressive, I scanned it. Just them at the picture shoot.

Always nice when the parallel is the best player in the pack.