Written by Jafronius at 11:55 PM
Greetings!

Hope everyone's ready for the weekend.  Packs of this starting appearing on the Target shelves a couple of days before the "official" release date.  Good times...it's a pack of 2014 Topps Series 2!


It's the standard 330 card set, with all them parallels and mostly-boring inserts.  This was the third pack I bought...let's see what I got: 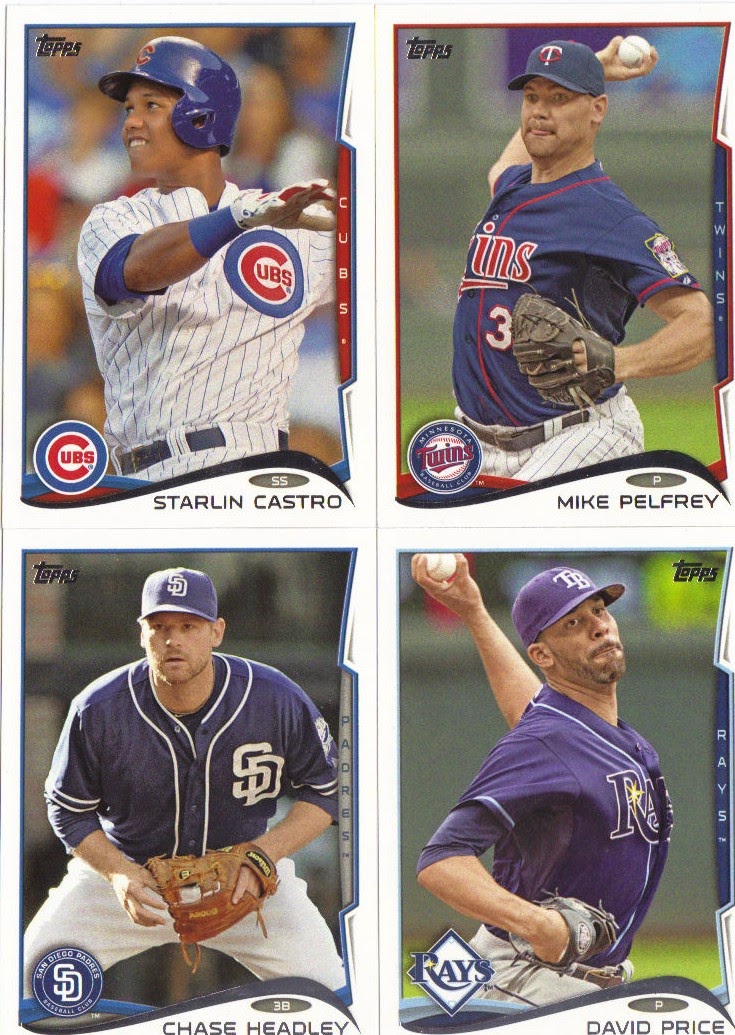 I sure hope there's a Topps guy looking at all the card blogs out there and reports to management that the blogosphere does not like close ups of pitchers pitching and batters batting on the majority of the cards in the set.  If they're just paying for Getty images, find some better ones! 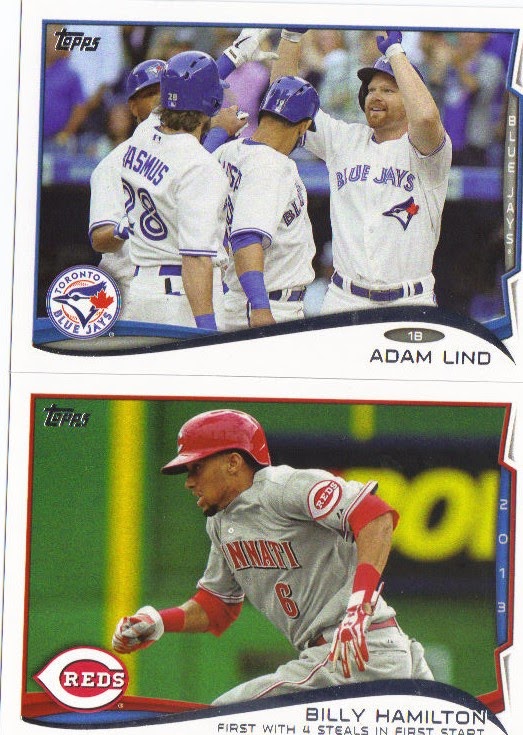 I like the season highlights appearing on the checklist cards.  Topps could make it better by putting a sentence or two on the back to give more info on the highlight. 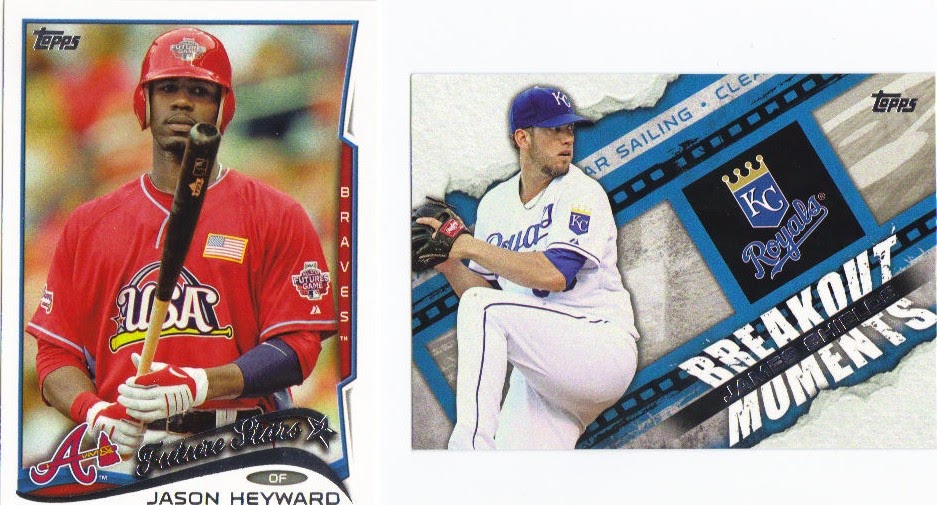 This is why I posted the third pack.  Looks like Topps expanded the Future Stars concept to players that missed the Future Stars branding the first time, because Topps didn't use it for a while.  I do like that they used a picture of them in their Futures jersey, although there's a few brain cells thinking it could be a photoshop job. 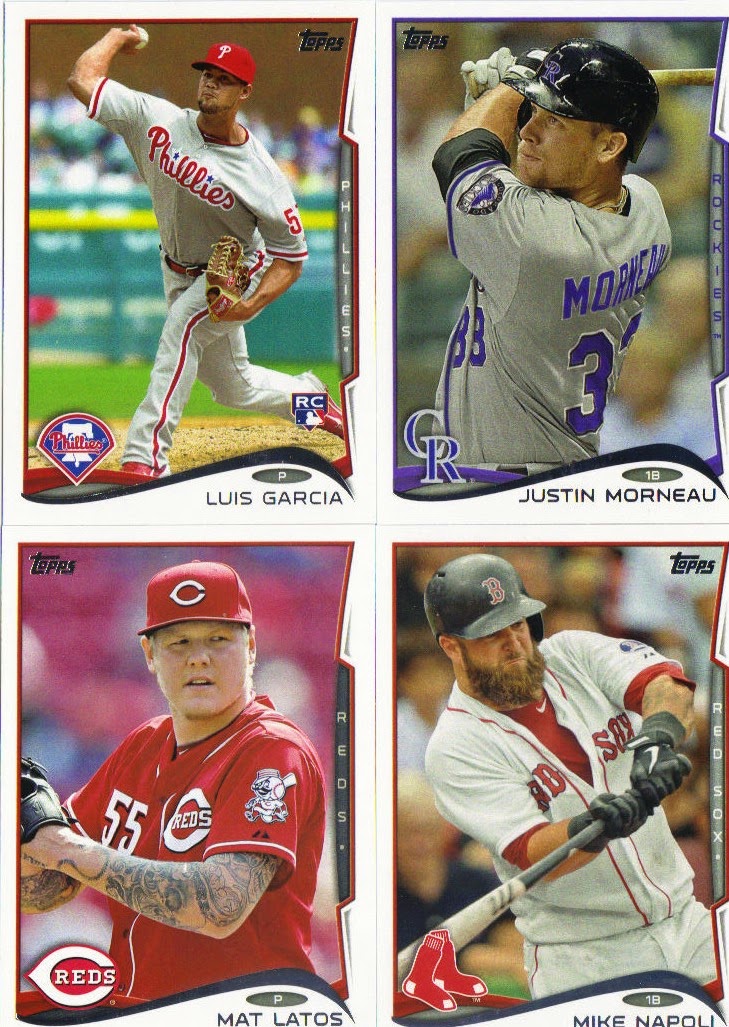 Speaking of photoshops, bad job on the Morneau.  That purple looks like it can glow in the dark.

Here are some backs for you: