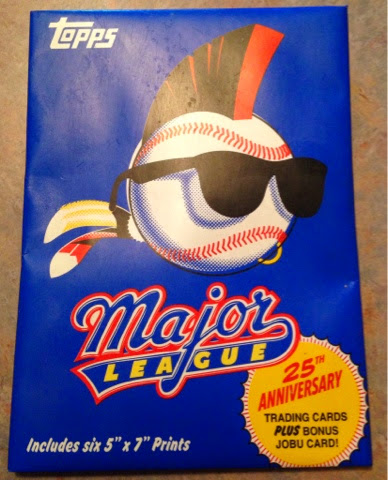 As soon as I read that Topps was offering a "Special Edition" pack of cards based on the "Major League" movie, I knew I had to get a pack! The wrapper in old school wax-coated paper! It has the great feel I remember as a kid.  The delivery guy left it on the porch and we had a rain come through. The outer box showed signs of water damage as did the paper wrapper that encased the pack. The pack itself had some water on it, but because of the wax coating, it was fine as were the cards inside! 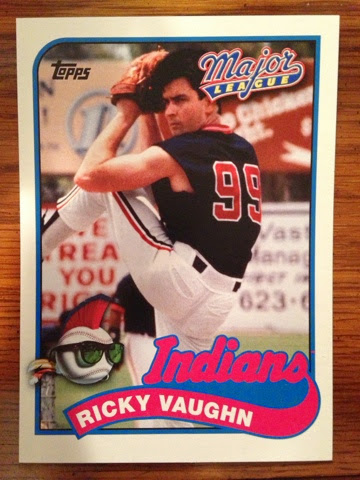 As mentioned, the cards are 5"x7". They are styled after 1989 Topps Baseball, the same year the movie was released. The photos are certainly on par with those found in 1989 Topps products. By today's standards, they are grainy, out of focus, and generally reflect baseball photography of the 80's. 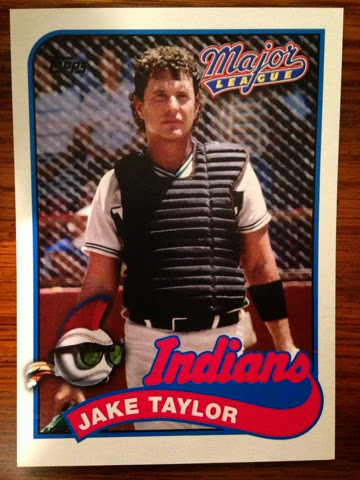 The main differences between the '89 cards and these come by way of insignia. There is a "Major League" movie logo in the upper corners and the "Wild Thing" baseball logo in a lower corner. 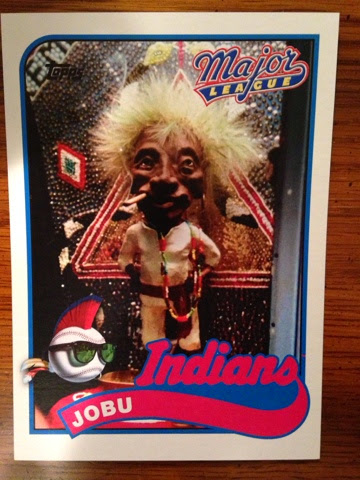 I suppose no "Major League" card set would be complete without Jobu. And, we all know the line from the movie where Jobu gets his comeuppance. It's not safe for work or children, so I won't post it here. Haha! 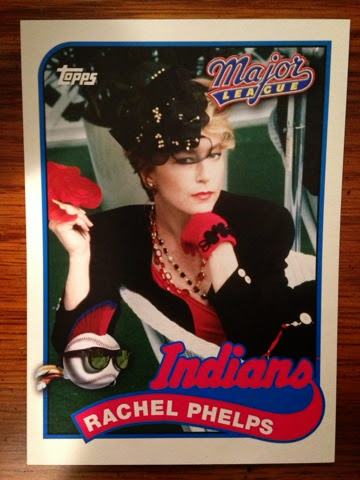 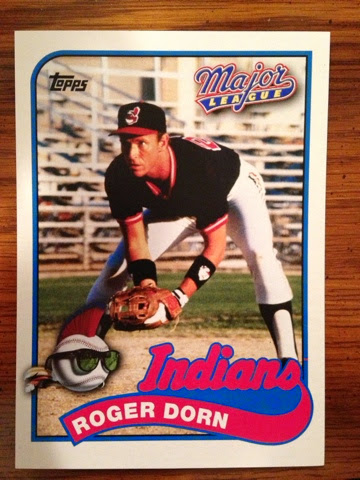 I love the use of this photo because it comes just as Dorn decides he is going to play along. He is ready to be pummeled repeatedly by grounders. 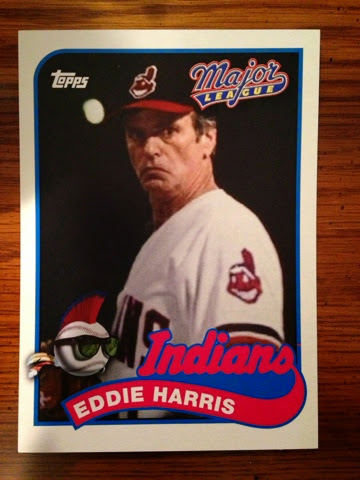 Harris is infamous for his use of "pitching aids." I wish Topps would have used a more "traditional" photo for a pitcher. I also wish they would have made one of "Willie Mays" Hayes.

The backs of the cards resemble 1989 Topps as well. Each card features information about the featured photo on the front. There is obligatory copyright info (including that of Paramount Pictures) at the bottom. I wish they would have done stats for the players I am sure someone somewhere has tracked each of the players' stats in the movie. In fact, I found some made-up stats HERE and a slew of rosters, fan-cards, etc HERE. 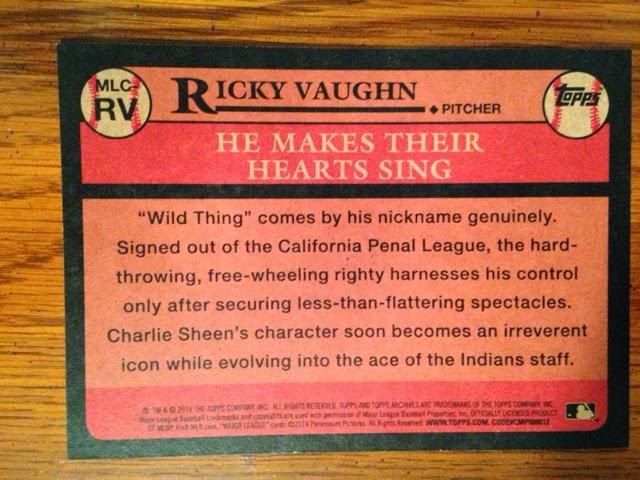 Regardless of the shortcomings, this is a welcome set for fans of the movie!

I think because topps wanted an auto parallel, they made a card of the owner rather than manager because James Gammon passed away.

That makes sense. And, I'm sure Wesley Snipes wouldn't do an auto.

I'm sure if Topps was paying Wesley would be signing he has tax bills to pay! lol

Wesley Snipes hated the role and hated the movie. I'm sure no amount of money was going to get him involved. They could've gone with Omar Epps (from the sequel), but then card buyers would be complaining they didn't get the "real" Willie Mays Hayes, just the cheap knockoff.

I debated on these but couldn't quite pull the trigger yet !