Written by Matt F. at 10:35 AM
I've purchased next to no 2014 baseball products this year and instead I've been focusing on Packers autographs and more Packers autographs. I'm slowly loading them up on Sports Card Album if you are interested in seeing what I've recently picked up.

My embargo only lasted through the end of May as I finally picked up a pack of Heritage when nothing else struck my interest at Target. Instead of doing the standard pack review I took a look through the 1965 Topps set and did my best to find the card that is being emulated by the 2014 Topps Heritage card. As you'll see sometimes this worked out well and sometimes you'll have to use a little bit of your imagination to see the resemblance between the two cards. And thanks to COMC.com as they were the resource for the photos of the 1965 cards. 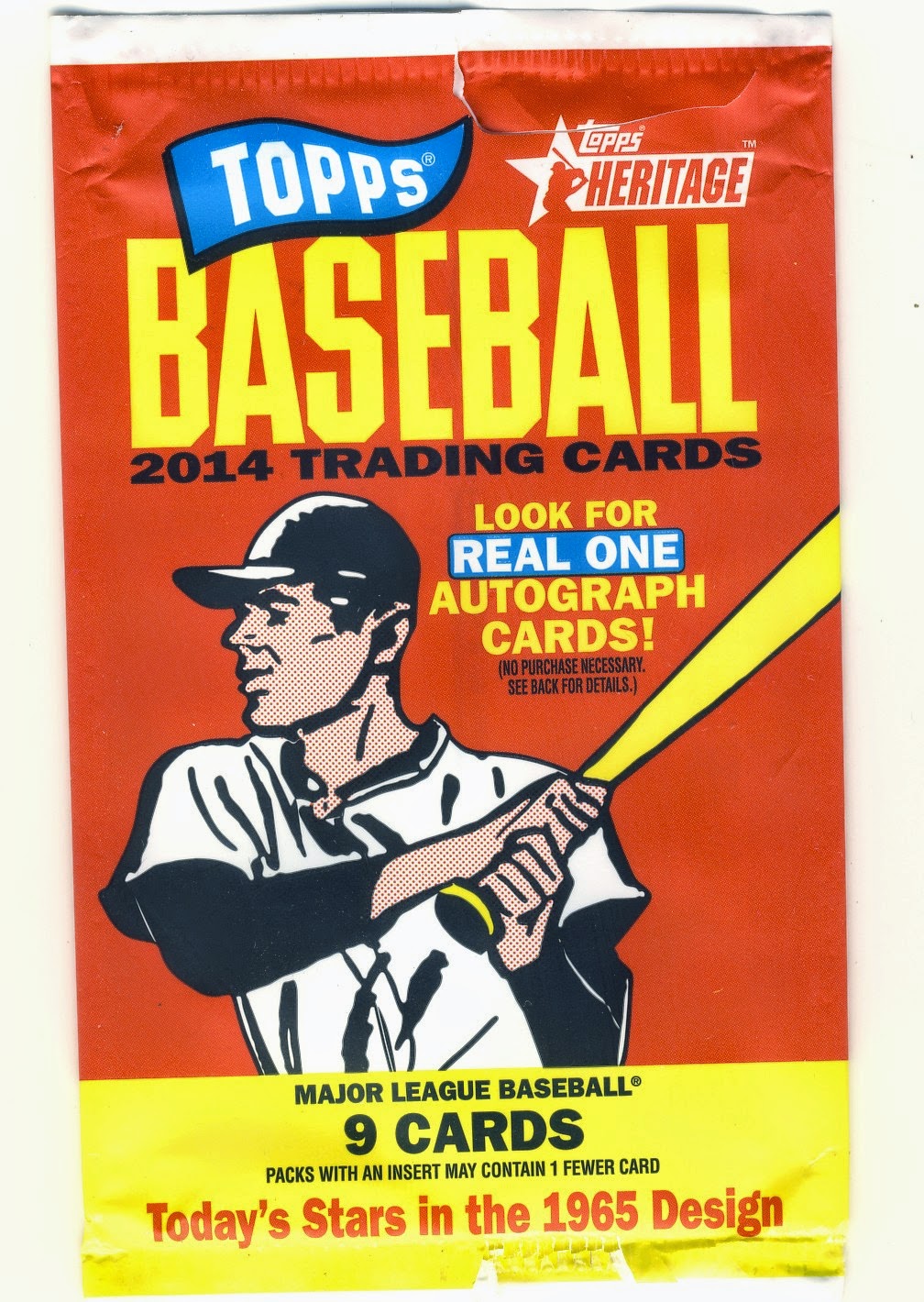 We start with Matt Holiday's card who has a twin in Dick Groat's card from 1965. This one is a pretty spot on match except that "Cardinals" has to get jammed onto the pennant when "Cards" was used in 1965. 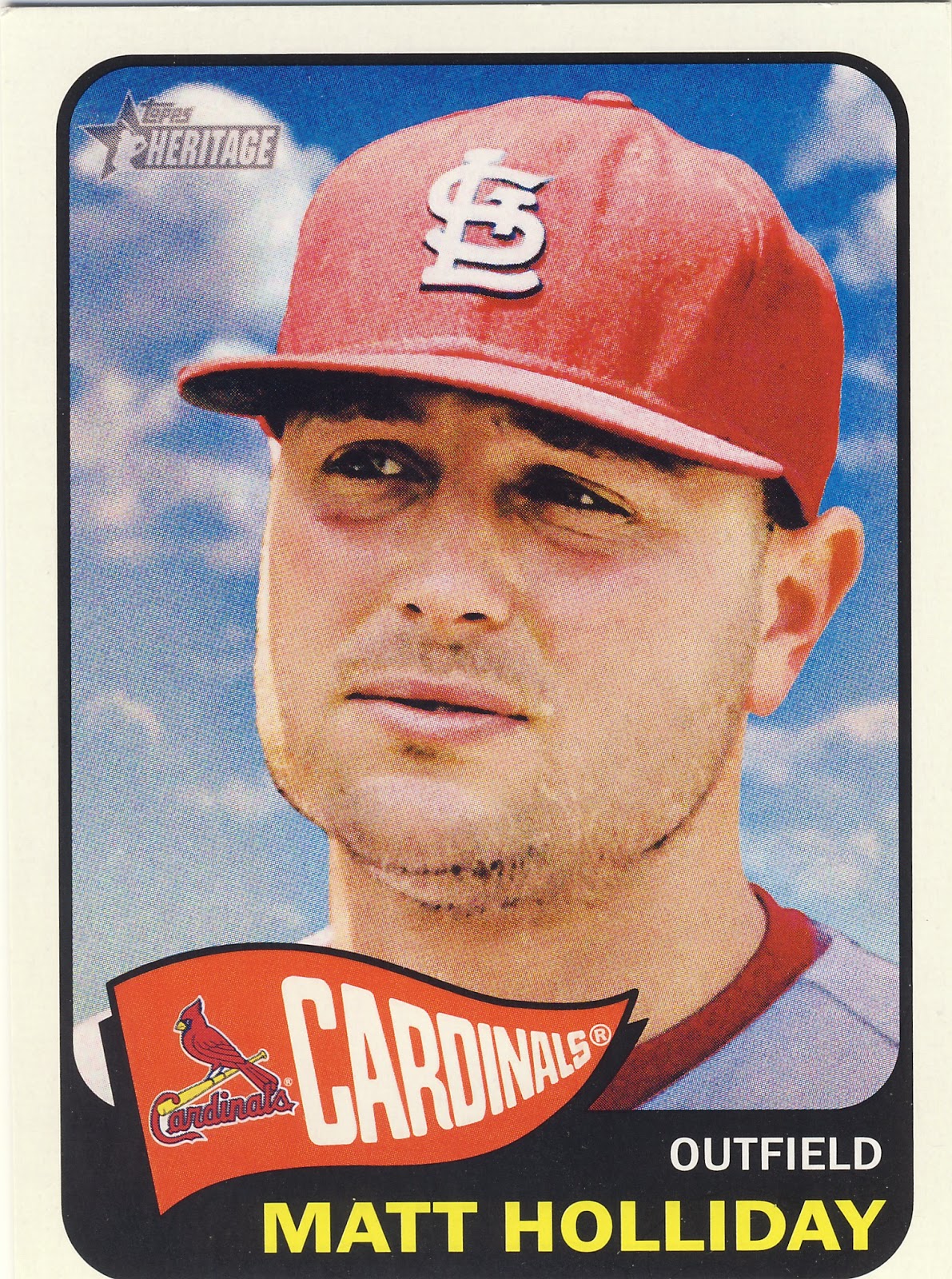 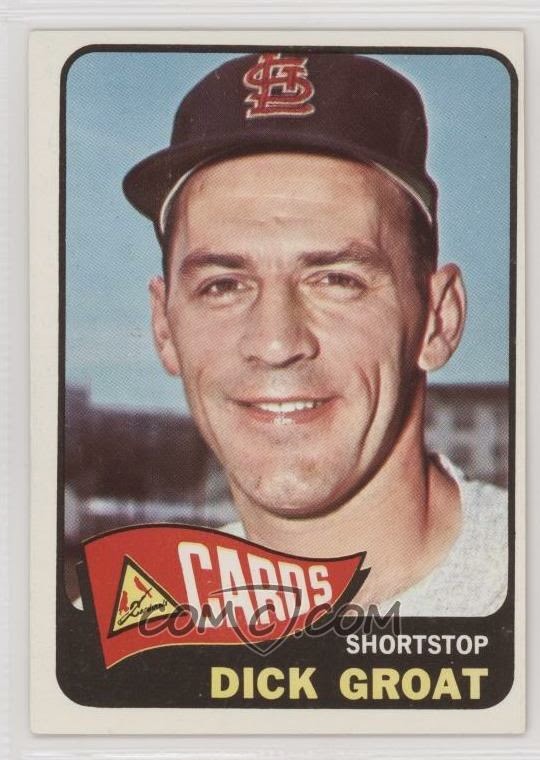 The backs are the same great blue color from the original set. 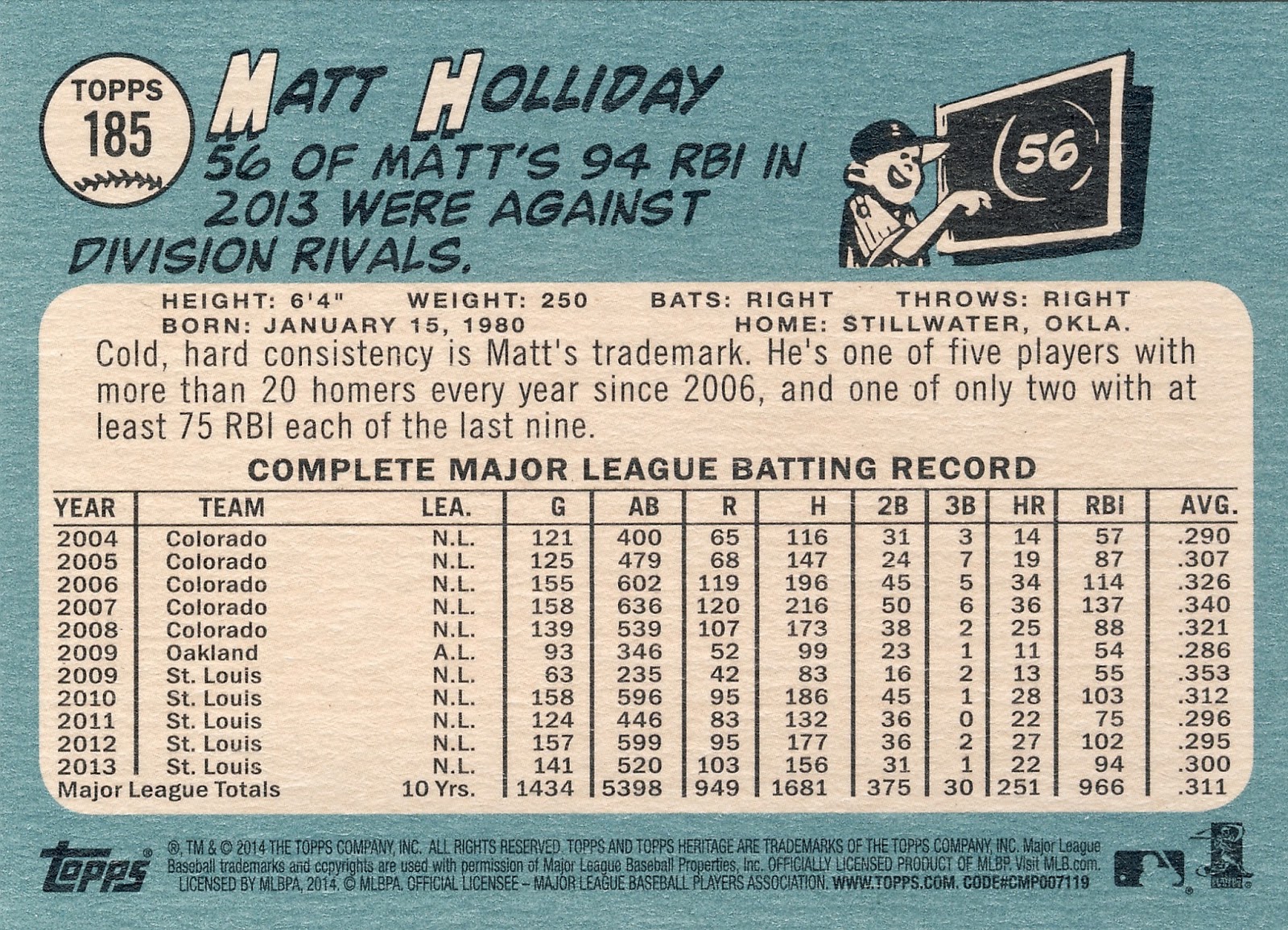 Next we have A.J. Griffin and his counterpart Ken Harrelson from the then Kansas City Athletics. None of the Athletics pitchers showed their glove in the 1965 set so I just had to go with a "staring at the camera" similarity. 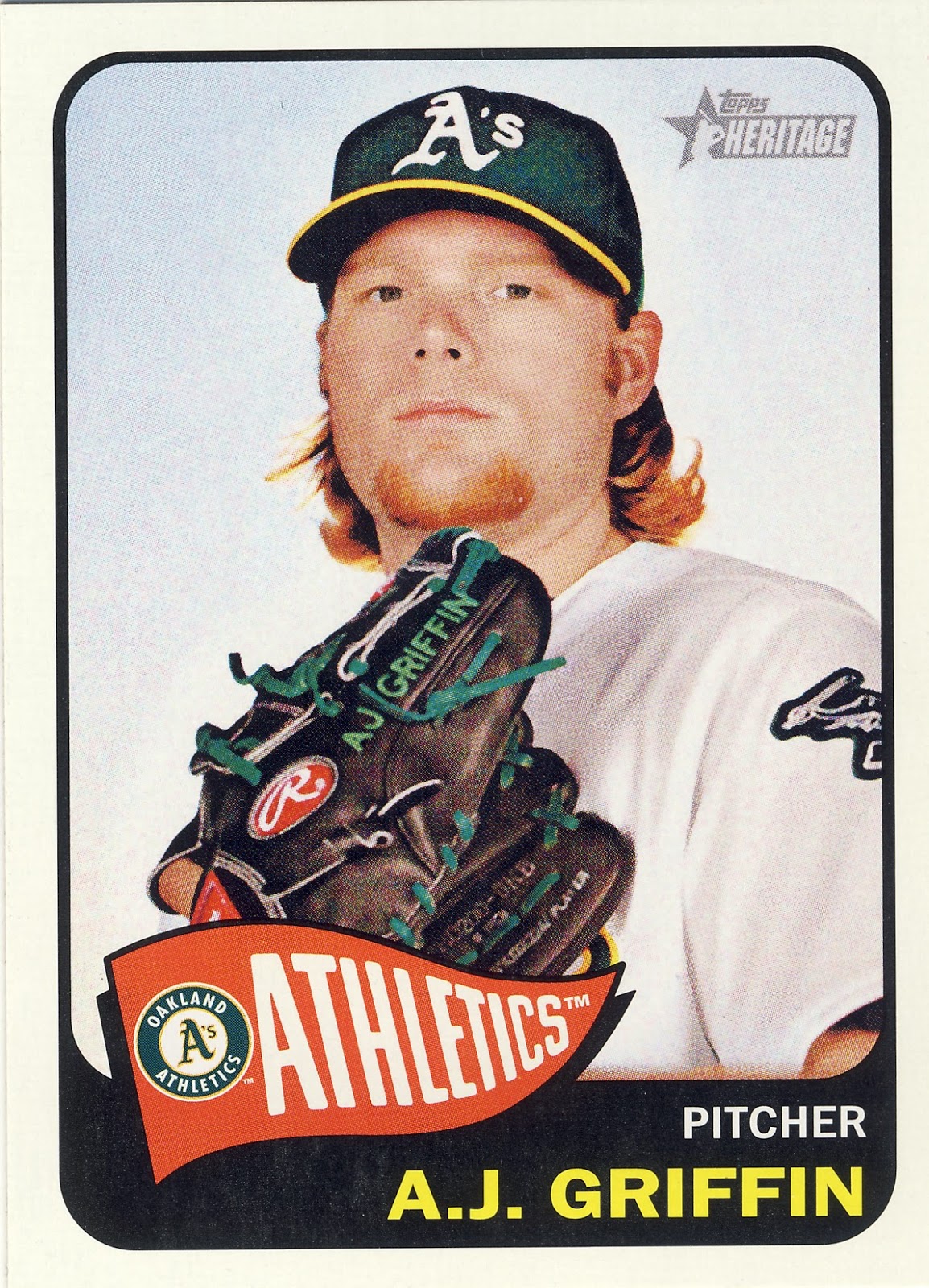 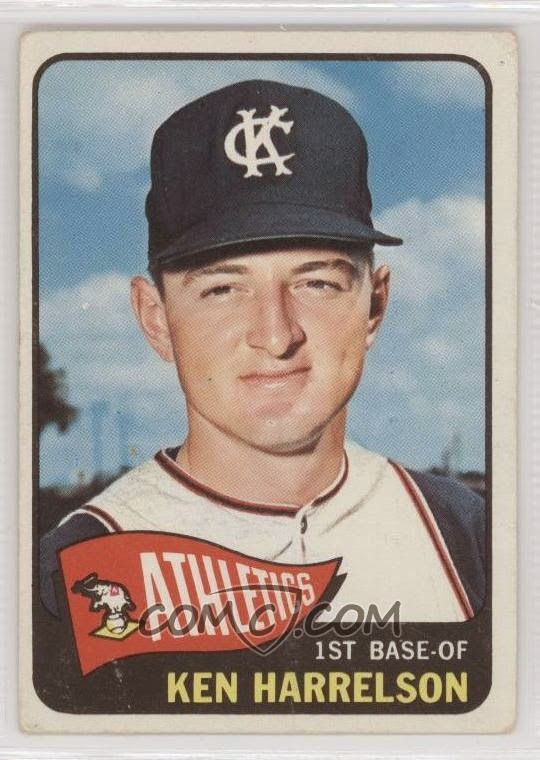 These next three cards have players from the Nationals, Rays, and Marlins which are all teams that didn't exist in 1965. For these I tried to find matches in the color scheme and found some odd matches. 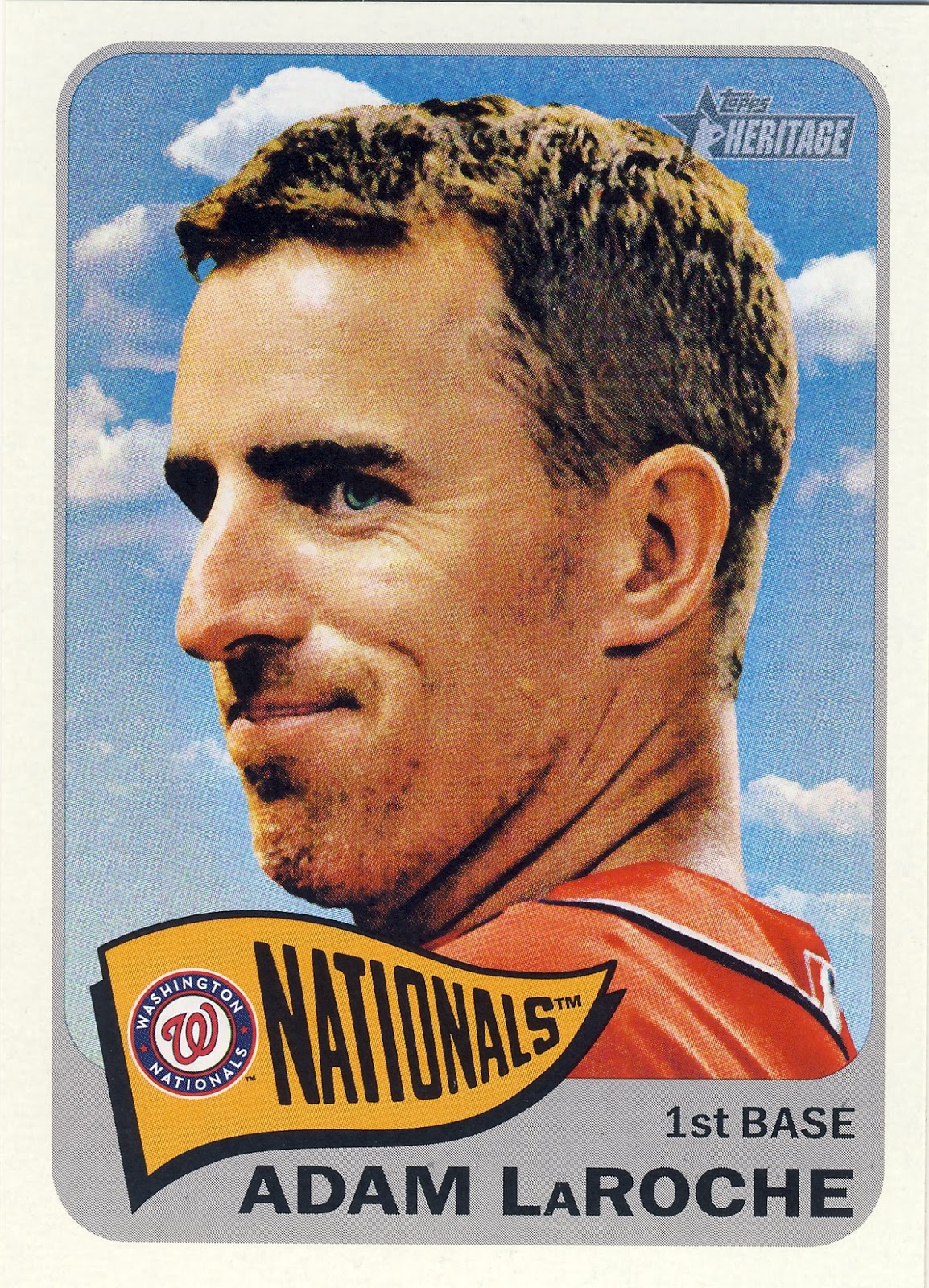 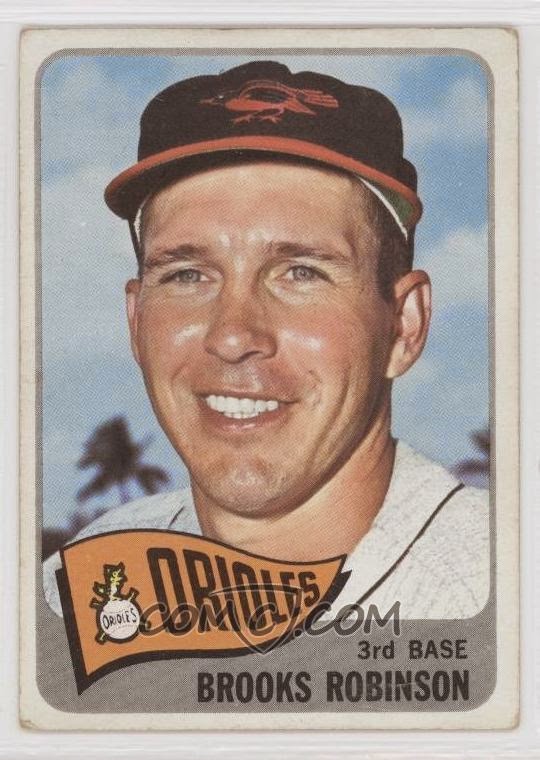 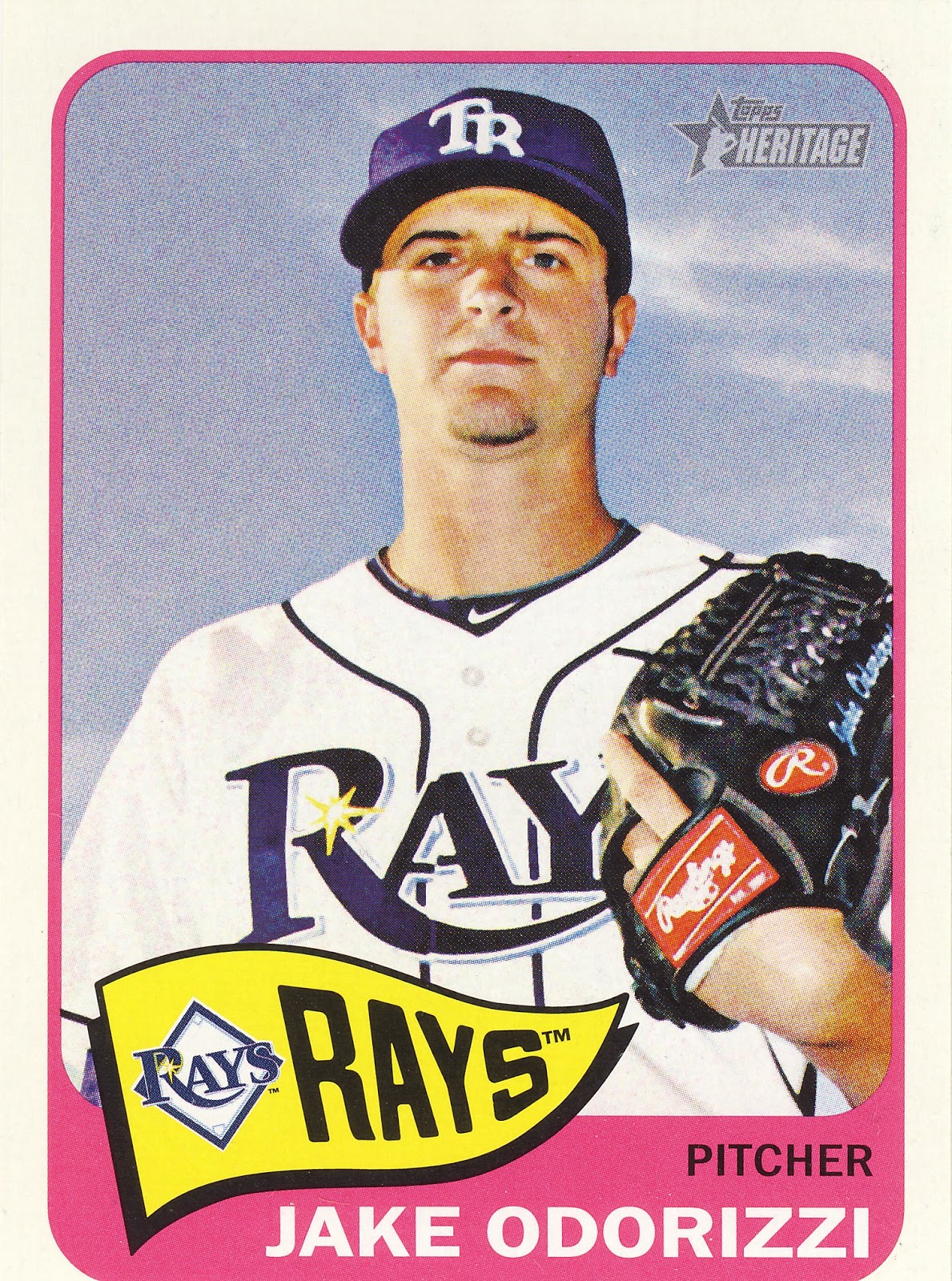 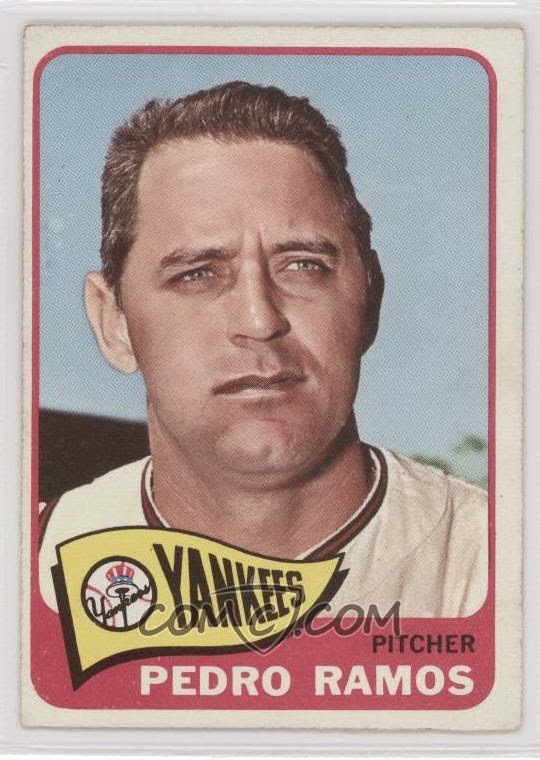 I enjoy how the "Saltalamacchia" card ends up being paired with an nearly as difficult last name "Amalfitano." 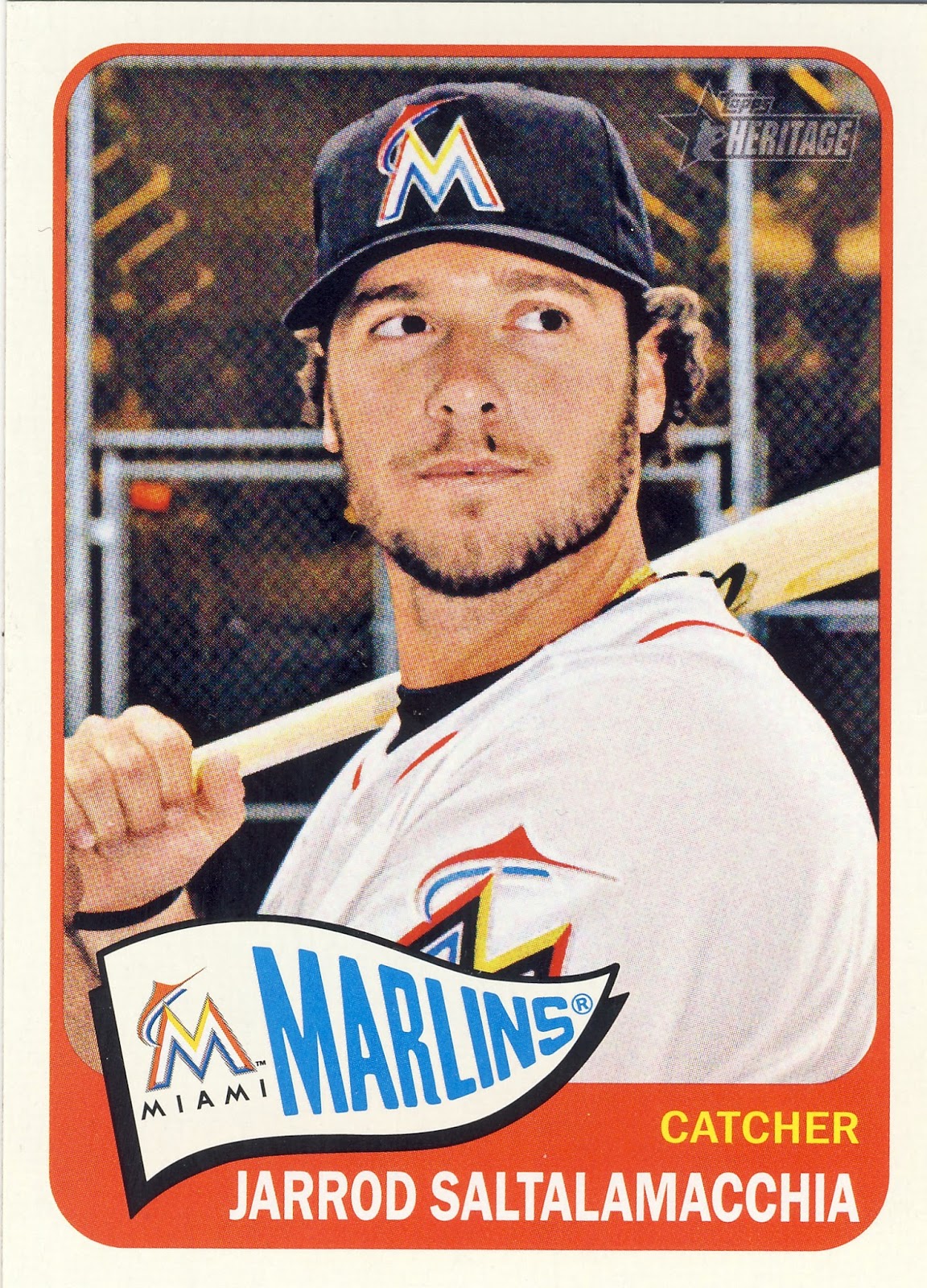 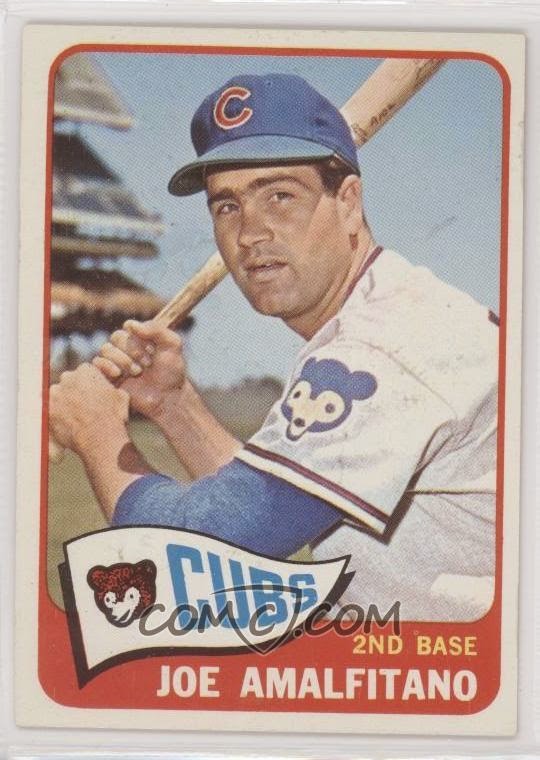 This one turned out the best...if only the away and home jerseys could have been reversed on one of the cards. 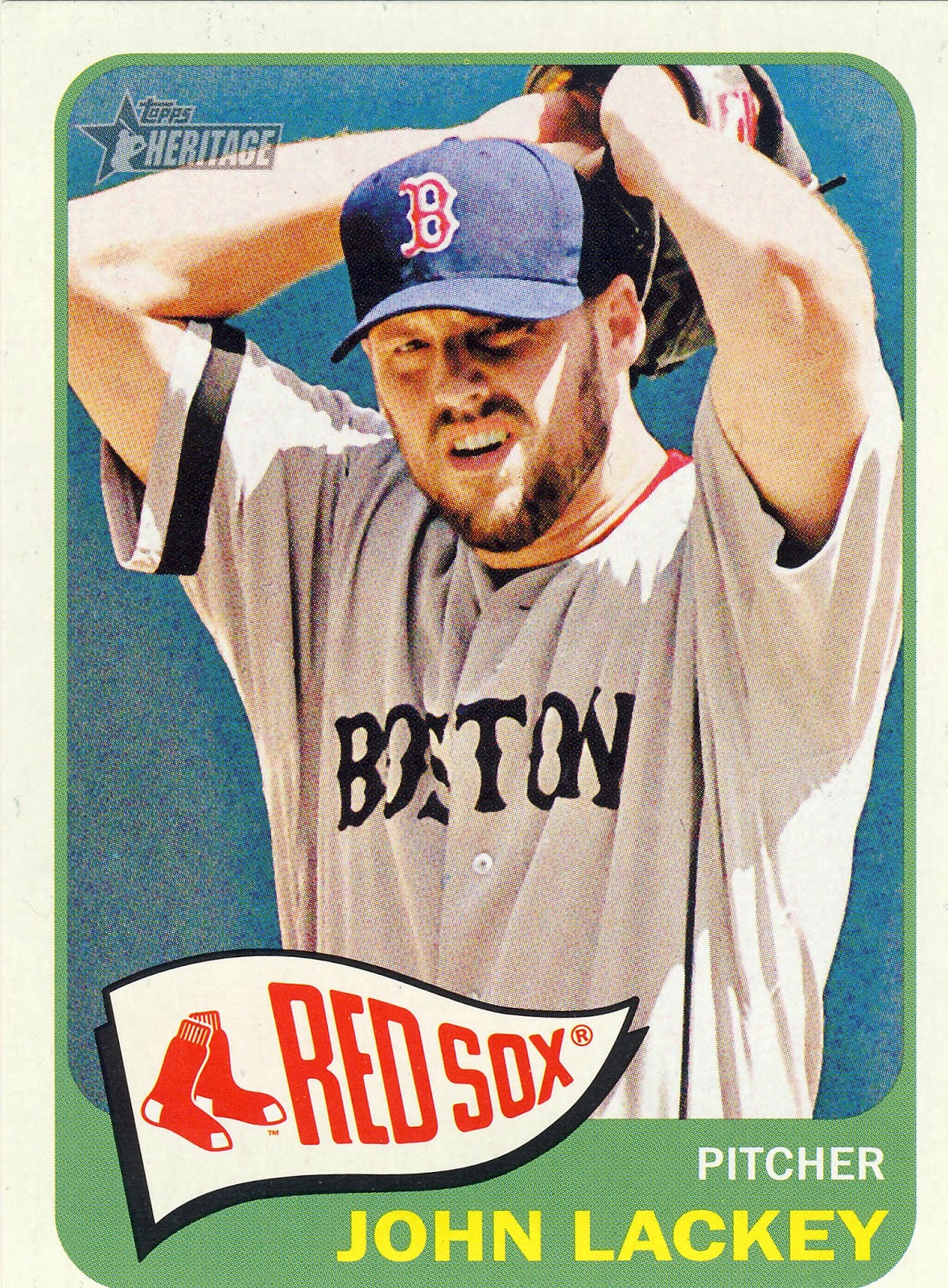 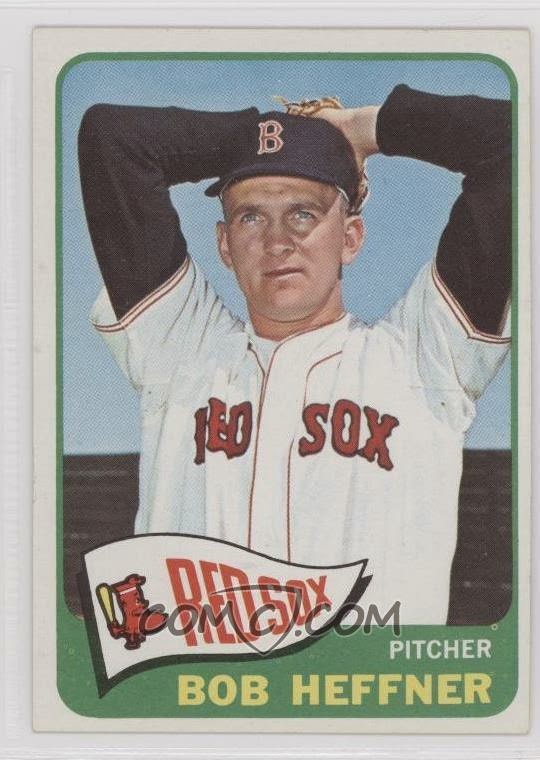 In trying to match Konerko's swinging pose I could find very few that showed the completed swing. Although the swings are different the backgrounds are very close including some shrubbery between Dave Nicholson's hands and the pennants. 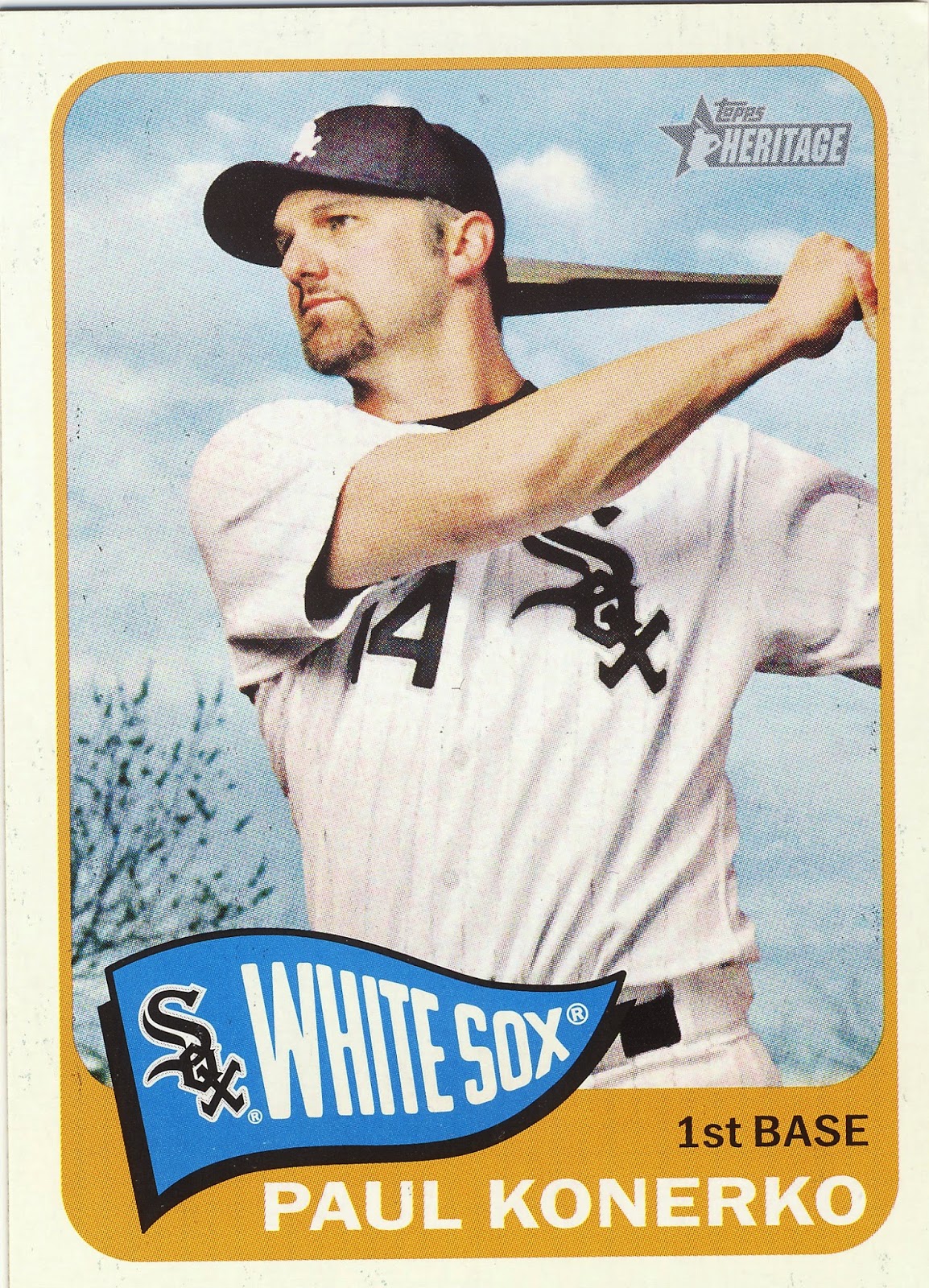 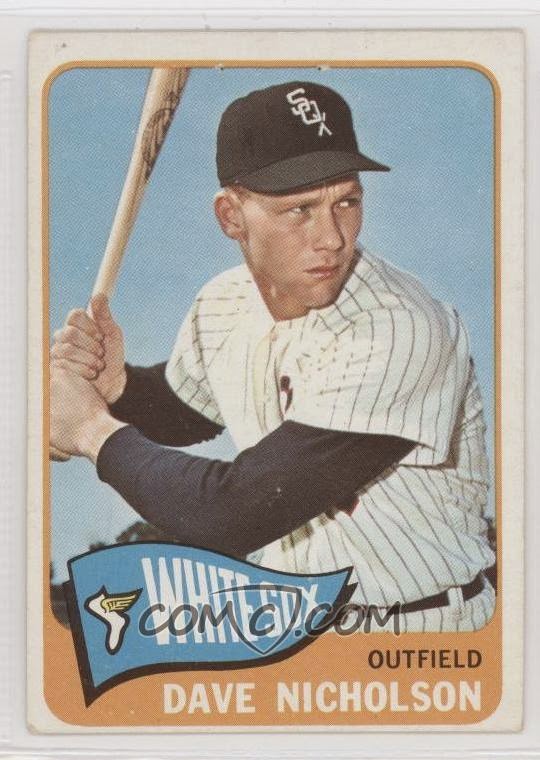 Someday will we think of Paul Goldschmidt, Jay Bruce, and Freddie Freeman in the same way we think of Willie Mays, Ken Boyer, and Ron Santo? Probably not but it must be fun to be on a card like this. 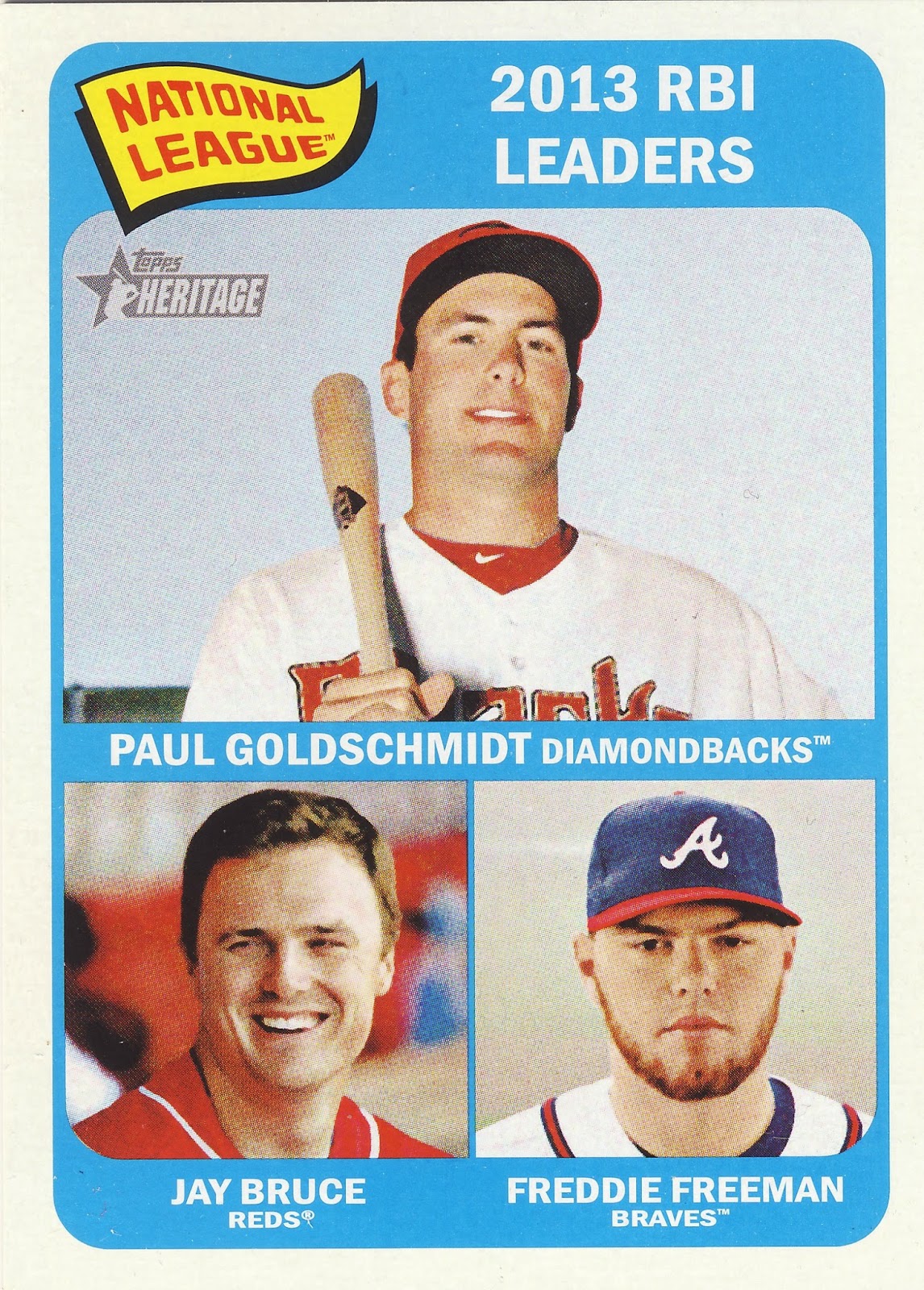 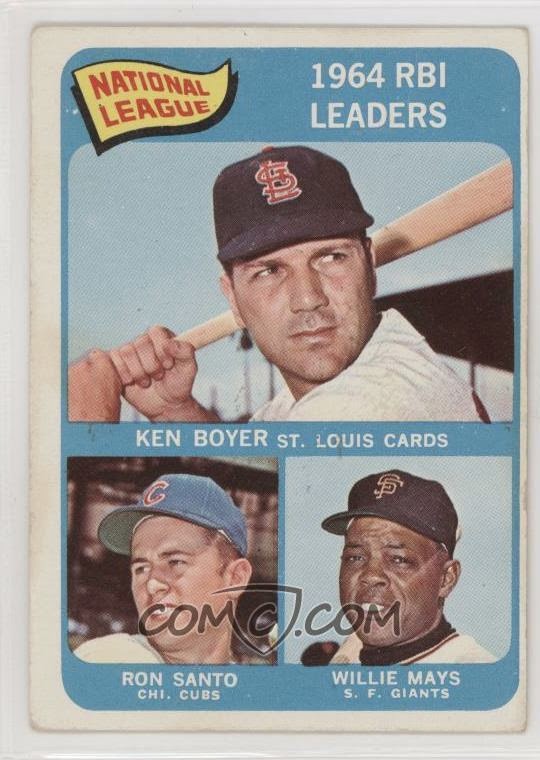 The back gives you a lot of information...like the top 56 RBI leaders in the National League. That kind of thing would never be on the 2014 Topps flagship set. 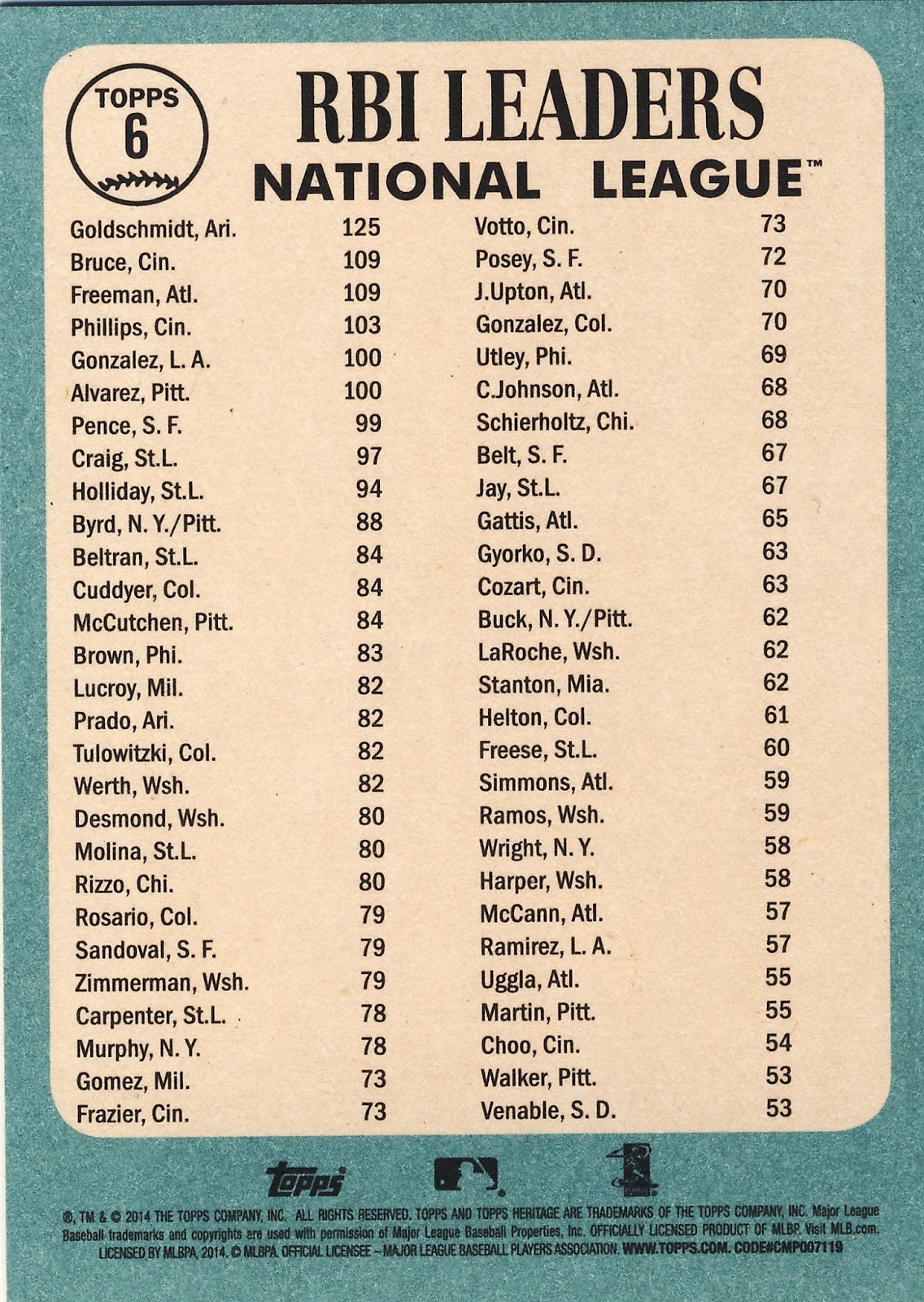 My last card is a Sandy Koufax Flashbacks '65 insert commemorating Koufax's perfect game against the Cubs. 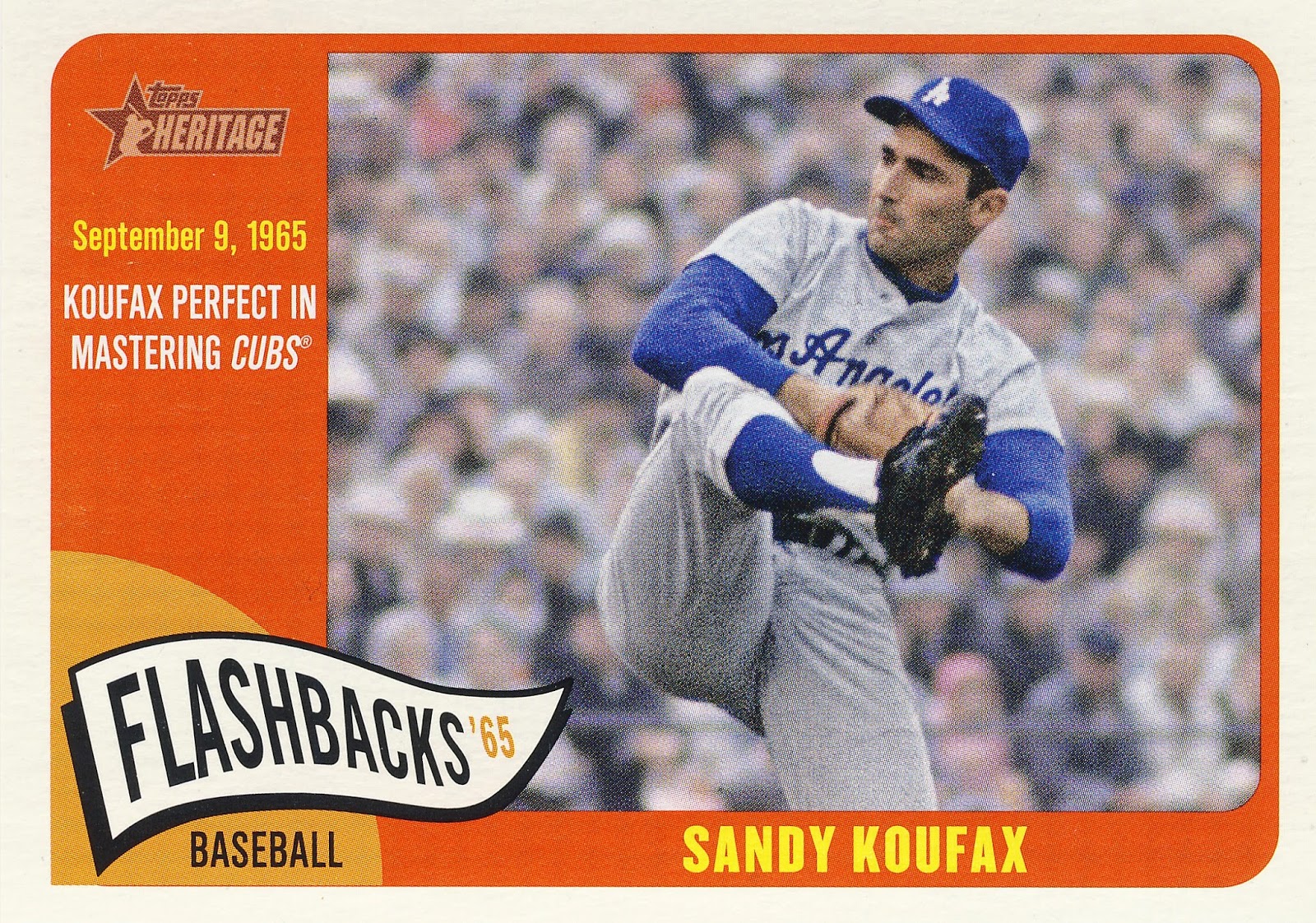 This sort of card didn't exist in the original set so instead I'll just show you Sandy's 1965 Topps card. 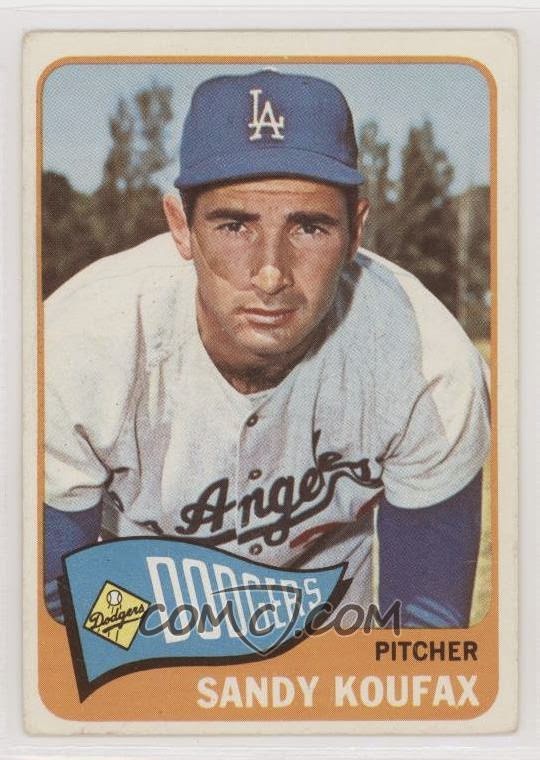 For Koufax fans I highly recommend Jane Leavy's book, "A Lefty's Legacy" which intersperses Koufax bio with an inning by inning retelling of the perfect game commemorated on that card.