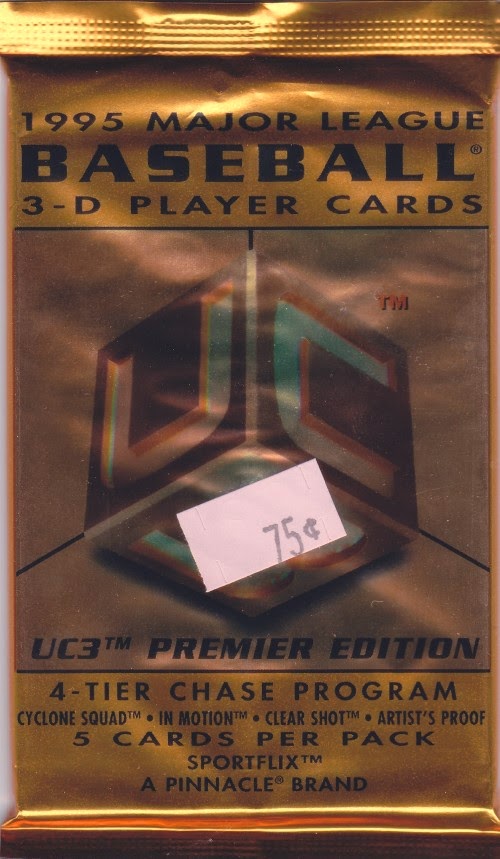 1995 may well have been the height of the short strange trip of the Sportflix brand as they apparently decided to branch out and release another product. UC3 was the name, which is not to be confused with the somewhat inferior Topps D3 (D III?). It was a fruitful time to collect lenticularesque cards. Also, I just wanted to type lenticularesque. 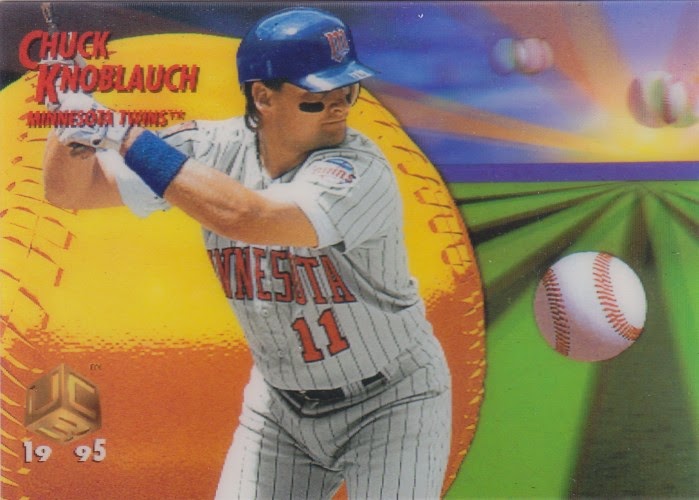 38 - Chuck Knoblauch - Certain Chris Berman-isms are so deeply entrenched in my head that they seem to pop out of nowhere. I am apparently incapable of seeing or hearing anything about this ballplayer without hearing his voice going "Chuck New-Kids-On-The-KNOB-lauch" and cringing. This is a joke that was never funny at any time during Knoblauch's career, nor would it have been had Knoblauch played professionally in 1988 during the "Hangin' Tough" days. 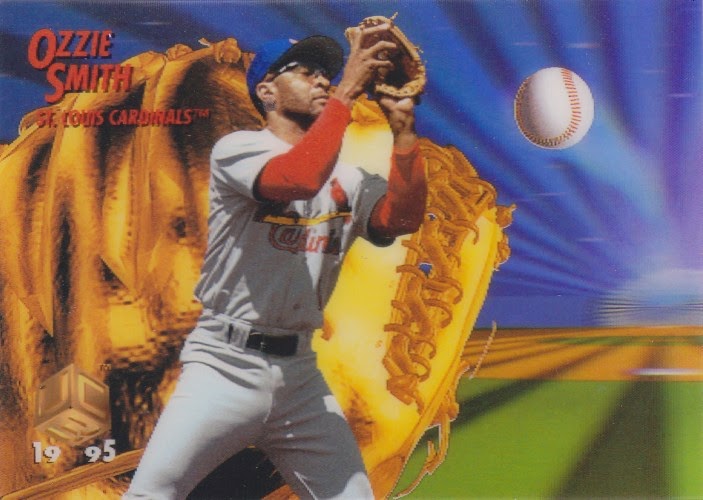 56 - Ozzie Smith - So Ozzie is going to miss that catch, right? Are we to believe that the ball is real? Should Ozzie upgrade to that much larger glove that stands behind him menacingly? 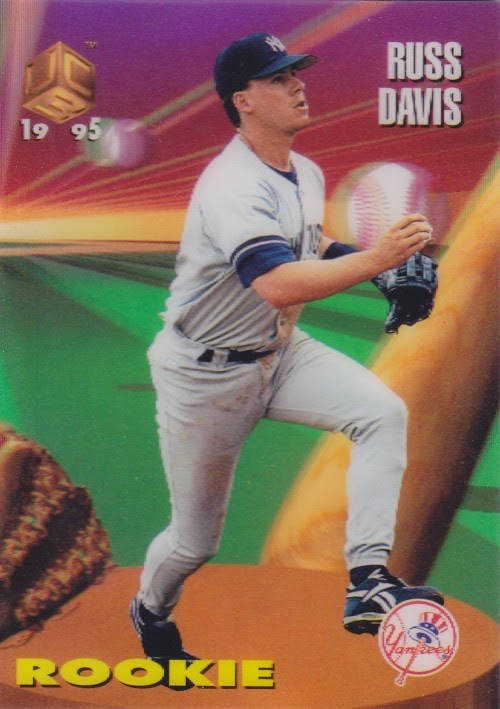 110 - Russ Davis - This set had several different designs for their base cards. This seems to be the "rookie" design. There's also a whole host of inserts according to the wrapper. 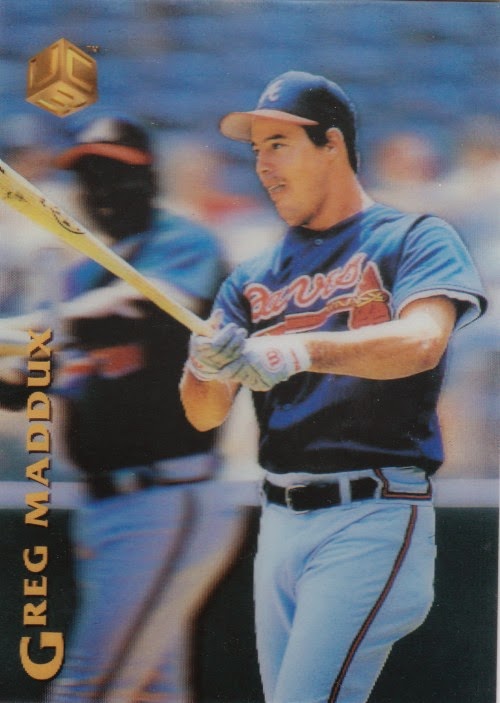 129 - Greg Maddux - Pro tip: Chicks actually don't dig the longball as much as they dig the financial stability of a Hall of Fame player that was consistently excellent over a very long career. 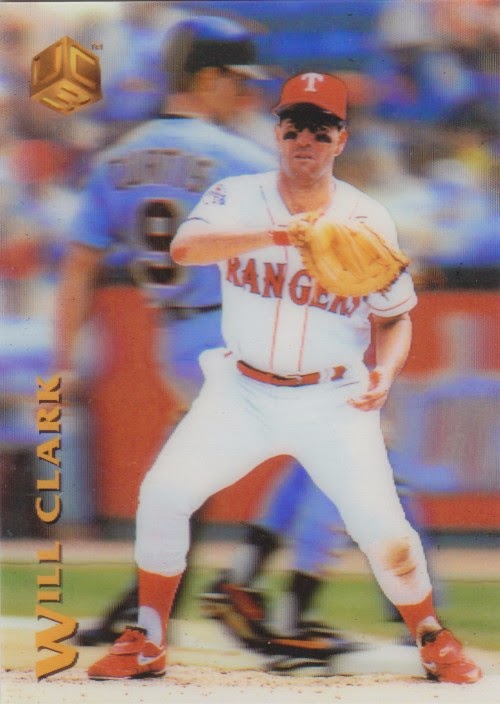 132 - Will Clark - Will the Thrill is in the foreground, while the creepy specter of Chad Curtis lingers in the background.

3-D Maddux with the lumber made this whole pack worth it.

Ozzie has the whole "the hell am I an this card for" look in his face.