Written by Jafronius at 11:01 PM
Greetings!

Hope everyone is doing well.  We were in the Fort Worth area last week for a wedding, and I was hoping to run into an oddball pack so that I can show it off on the site, but alas, it was not meant to be.  I was also hoping to attend a Rangers game with the family, but those plans did not materialize either (they were playing the Red Sox, and it would have been the game after the Yu Darvish no-hit attempt).

To avoid further disappointment, I decided to post my first hockey pack on APTBNL.  I mean, it's good times in hockey, right?  Playoffs are good times.  Blackhawks resting, awaiting the winner of Anaheim / Los Angeles is good times too.  So, here's a pack of 1993-94 Fleer Power Play!

Years ago, when I was dating the future-Wifey, I would occasionally stop at her part time job to have dinner with her.  The lobby of the building where she worked had a gift shop; sometimes I would loiter there while waiting for her.  One day, the shop was getting rid of a whole bunch of packs - packs that retailed for 6 bucks were going for 2.  Not one to pass up a good deal, I bought a bunch of packs from sets I didn't even collect.  This was one of them.  I'm sure I'll come across others in my never-ending quest to organize my collection. 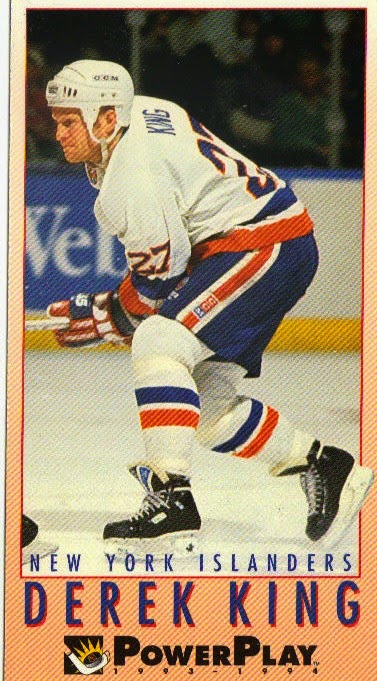 #150 - Derek King:  Derek ended his NHL career in 1999-2000 with Toronto, but kept playing in the AHL until the end of the 2003-04 season.  He's currently an assistant coach with the AHL's Toronto Marlies.  I'd give stats and stuff, but I wouldn't know if that would make him a good player.  He played 14 years, so I guess that's impressive. 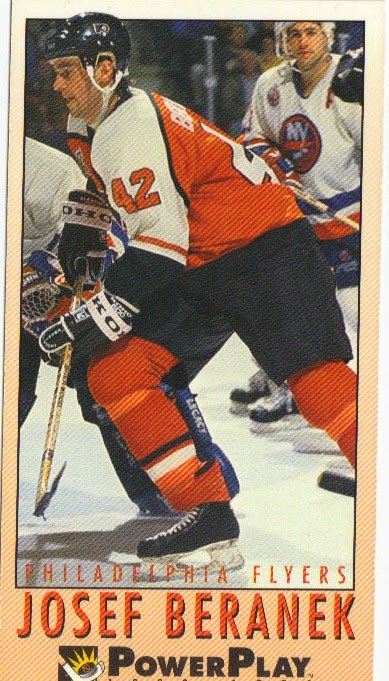 #177 - Josef Beranek:  Josef ended his NHL career in Pittsburgh after the 2000-01 season, but kept playing in the Czech league until the end of the 2009-10 season.  He helped the Czech Republic win the Gold Medal in the 1998 Winter Olympics. 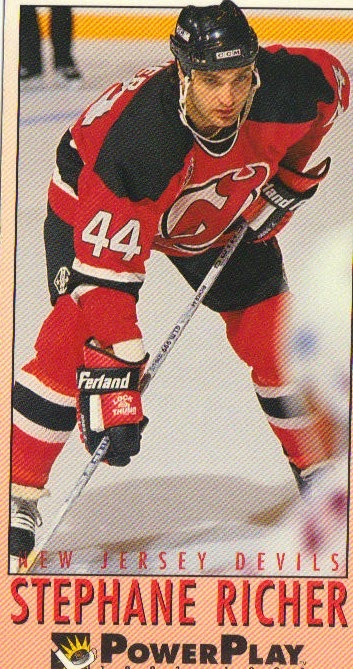 #141 - Stephane Richer - Stephane's NHL career started in 1984-85, playing 1 game for Montreal.  He last played for New Jersey in the 2001-02 season, but did make one comeback attempt in 2004-05 in the Ligue Nord-Americaine de Hockey.  In 2009, Richer competed as a pairs figure skater on the CBC Television reality show Battle of the Blades. 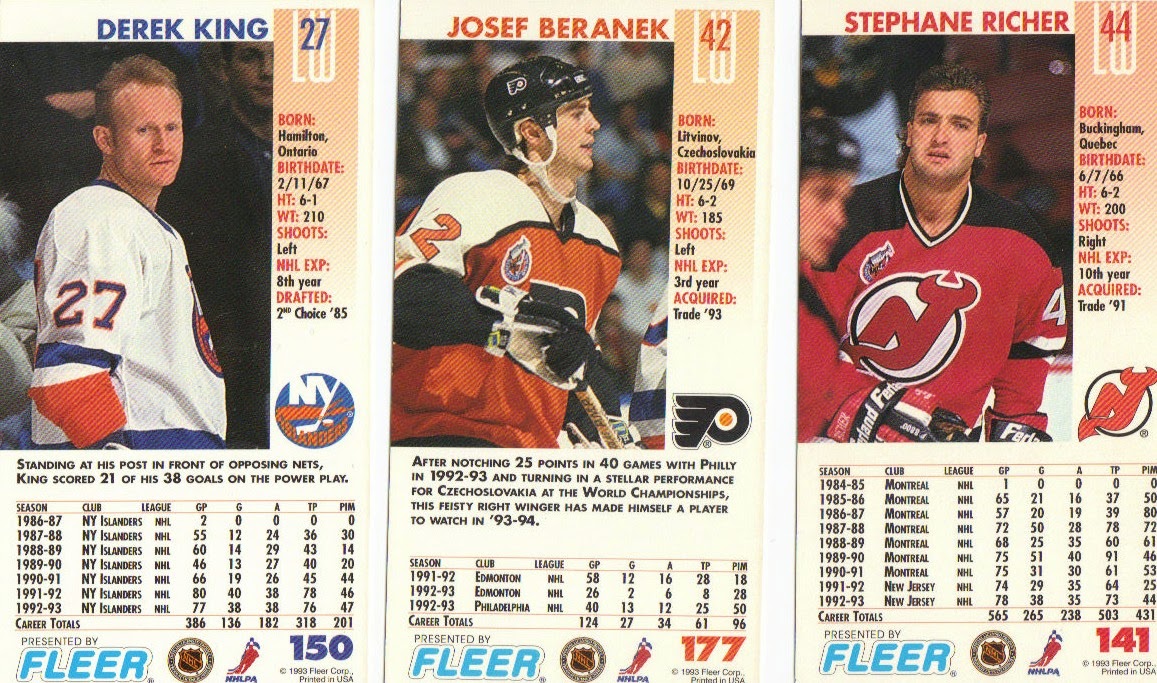 Sorry about the scanner eating the borders again.  They cut off the "1993-1994" underneath the Power Play logo on 2 of the cards.  They're not too bad design-wise - minimal borders, different photo on the back, and full stats (I think).

Anyway, that's all for now.  More later.  Enjoy the playoffs and thanks for reading!

Great looking set. I busted a few packs back in the day, but these days I only have a few inserts to my name.