Written by JediJeff at 2:00 PM
As I mentioned yesterday, here is the last release of the Contenders product before UD went exclusive with the NHL cards. 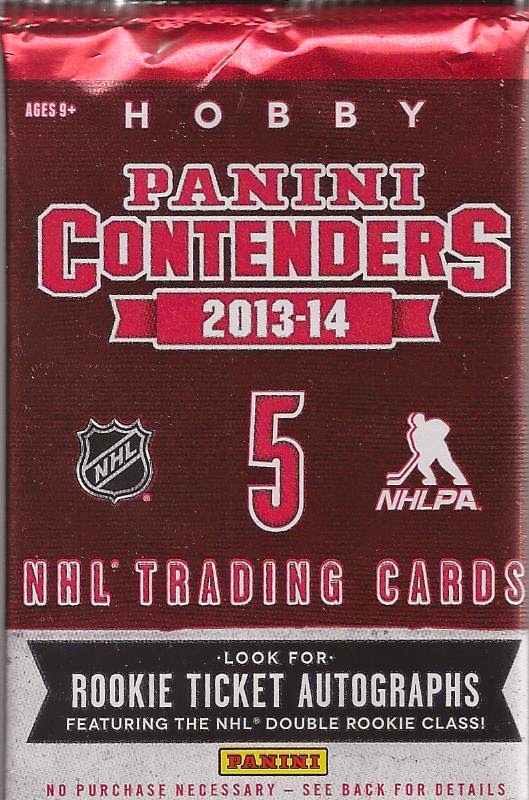 As you see, they dropped the "Playoff" part of the name. Also, this is a far easier pack to read. No player on the cover. The boxes have a range of NHL young stars and rookies on it. Same five cards as yesterday. 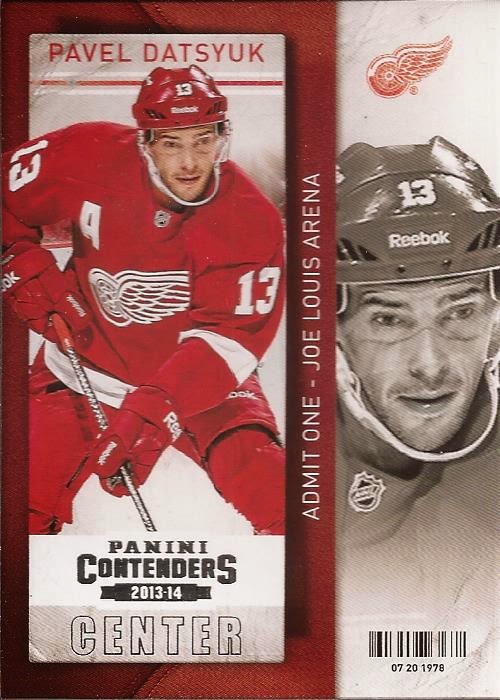 As I said yesterday, we see the same basic design, a ticket with the player. This time we get the recycled image on the front. And I wish that was the only time it was recycled. But you have the stub style of the card. The duel image wouldn't be so bad if they had two different photos. I think between yesterday's post and today, this is the weaker design. 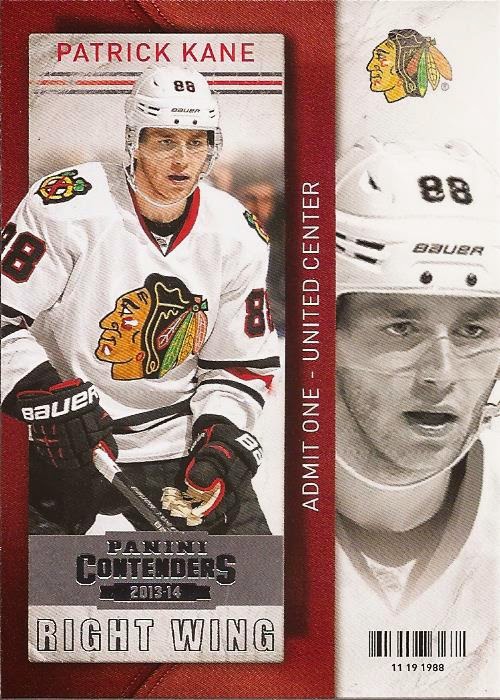 ALRIGHT! Now we are talking good cardboard. Dig that bent corner at the lower left of the ticket. 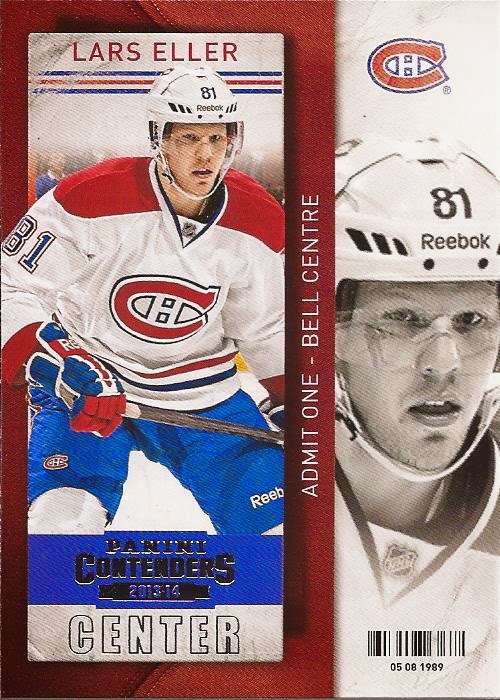 About the only advantage of the B/W image is you can see where the player is looking. Because, all these years I have thought "man, what is the player looking at?" 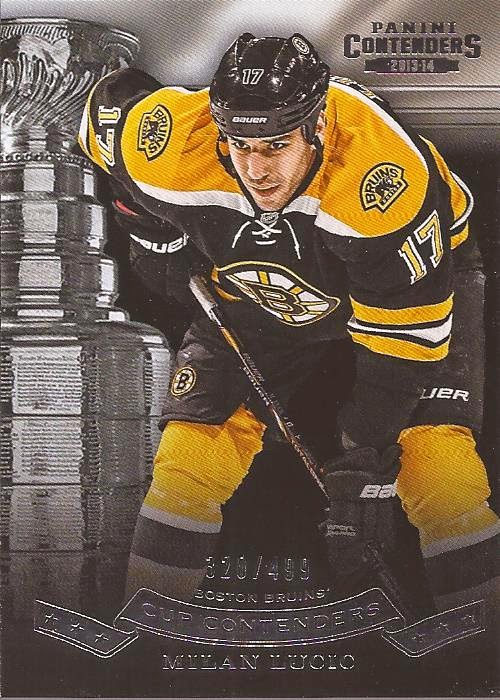 Foil city. This is a hard card to scan and view. It actually looks nice in hand, as you can see the numbering on the front. Too bad Lucic is such a dick. Finishing off with this Suter. The middle of the card is a subtle advertisement for the company with the naming rights to each arena. Turning over. 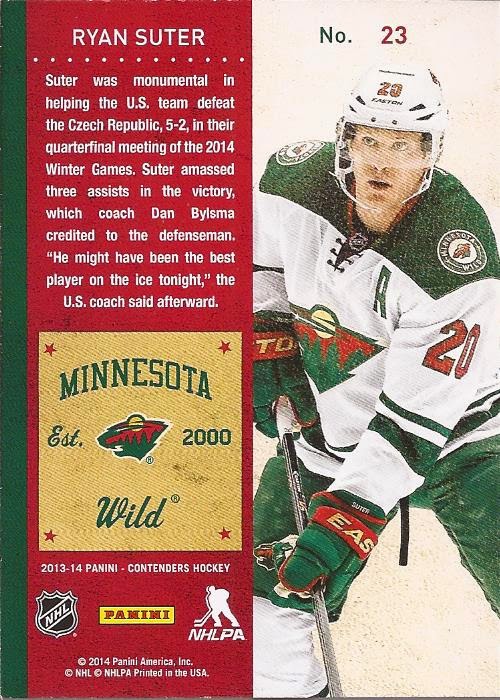 Yup - #3 on the image. There was so much potential with this set, and it missed the mark. Not a good way to end the run of a set. Just the biography and the huge team badge. Panini just phoned this in the get what they could before the license was over. Here's hoping for a cheap box price come Black Friday.

I was given all but seven of the first 100 cards in January. As I don't know much about hockey, I really like the fact that they tell you when each team came into being.