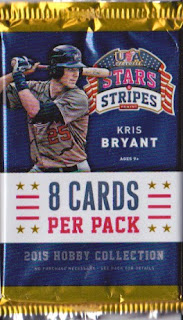 Happy Memorial Day! This is pack of this year's Panini USA Baseball Stars and Stripes. Kris Bryant on the cover. Comes with 8 cards in a pack. This 100 card set feature players on Team USA National team. 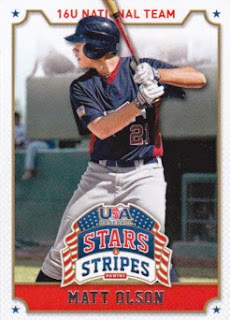 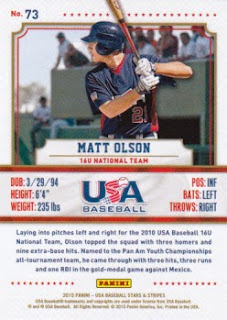 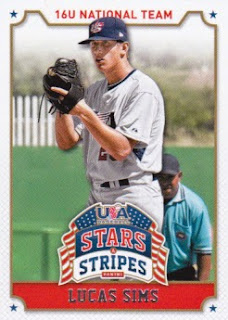 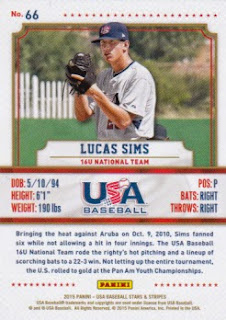 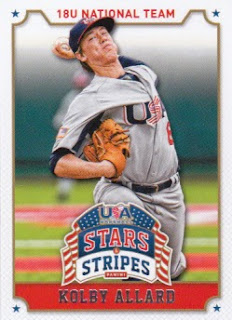 58 - Kolby Allard - still in high school. Expected to be drafted high in the majors 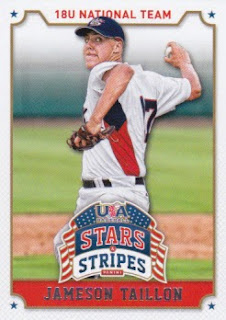 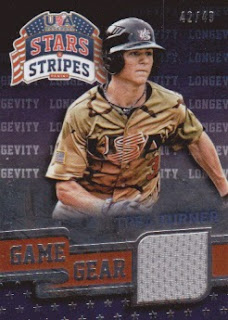 93 - Trea Turner - game used card numbered to 50. As for Turner the future Nationals player is currently playing for Padres double-A affiliate San Antonio til some time in June. Say what? How did this happen? Padres, Nationals, and Rays had three-team trade with Padres tossing player to be named later to Nationals. Turns out PTBNL is Turner resulting MLB making draft rule changes. 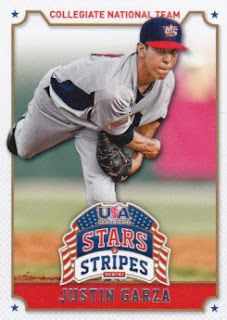 98 - Justin Garza - currently in college playing for Cal St. Fullerton. Once drafted by Indians in 26th round 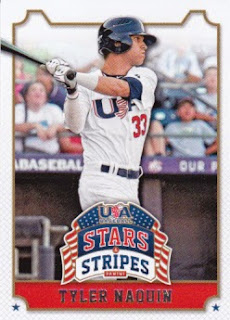 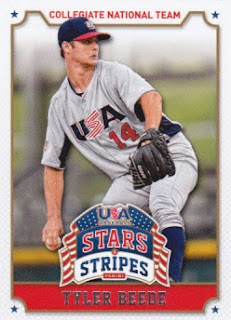 That was decent pack of cards.

Taillon played for Canada in the 2013 World Championship, kind of a strange selection for a 'Stars and Stripes' set