Written by Jafronius at 12:00 PM
Greetings!

Hope everyone is having a great week.  I am scheduling this auto-post to coincide with my 15th wedding anniversary with the Wifey.  Not sure while we'll be doing today (hard to plan events when you are perpetually low on funds and the boys are in school), but chances are good I won't be in front of the computer writing this up.

15 years is an awfully long time for a pack to still be in it's wrapping sitting in a shoebox, but there it was...from the (then) $1.49 Target discount box, it's a pack of 2001 Upper Deck Football!
This was a 280 card set with cards 181 to 280 being the short printed rookies (1 in every 4 packs).  The big rookies that year were Drew Brees, LaDainian Tomlinson, and Steve Smith.  Let's see what I got: 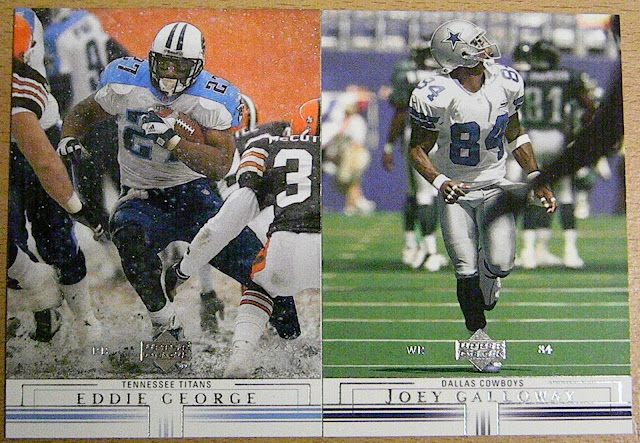 The cards in the veteran part of the set were organized by team, and the design mirrored Upper Deck's baseball offering.  In case you can't see it, there is small foil print to the left and right of the logo giving the player's position and uniform number.  That's a nice Eddie George shot. 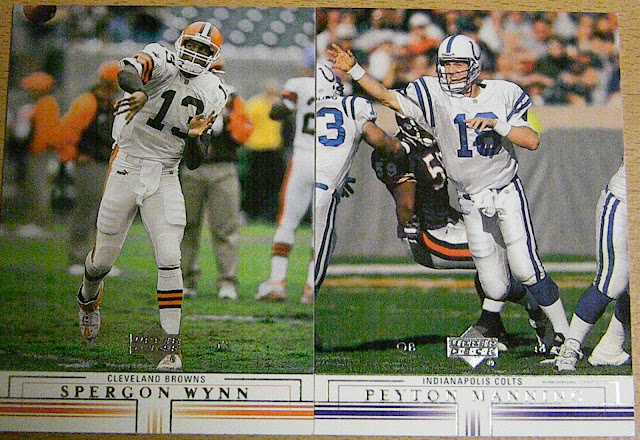 Spergon played just two years in the NFL, one each with Cleveland and Minnesota, but he did play in the CFL until 2006.  According to Wikipedia, he's an energy broker (and Spergon sounds like an energy company).  Manning toughed it out in the league a little longer and now holds two jobs, selling pizza and satellite TV services.  Who's doing more with their life? 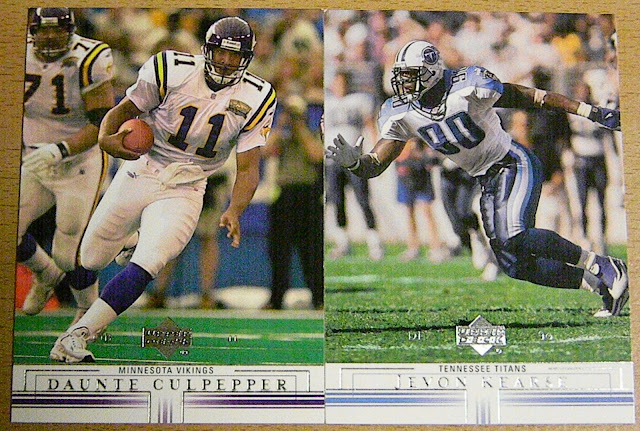 It's a Titans hot pack! According to the back of the pack, Proving Ground (or as listed on the pack, "proving Grounds") came 1 in 9 packs.  Here are some backs for you: 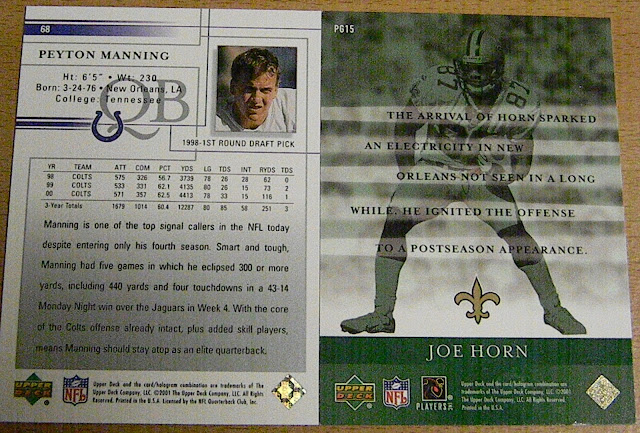 Anyway, that's the pack.  Happy anniversary to my Beloved...thanks for reading!

Remind me of one of the years of Donruss Classics. 04 maybe?