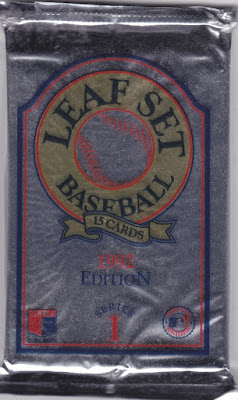 The baseball playoffs are in full swing, with four games on the slate today. Here's a pack of cards from the bad old days. I was a fan of the first few Leaf premium style sets. They were weighty and pulled no punches, something you can appreciate in the middle of the junk wax era. Things got weird the year after this set was released, with Fleer eventually taking hold of the thick card producing torch. 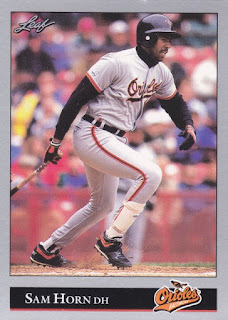 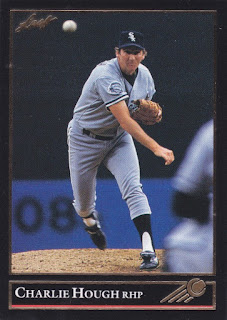 39 - Charlie Hough Black Gold - Leaf was an early adopter of the parallel concept, which reared its ugly head over at The Topps Company this same year. These still look nice, though. 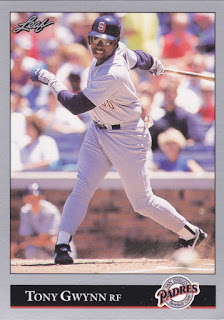 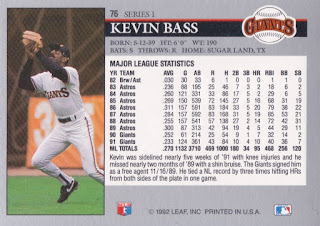 76 - Kevin Bass - Here's what the back look like. Clean, easy to read, with a second full color picture. I like it. 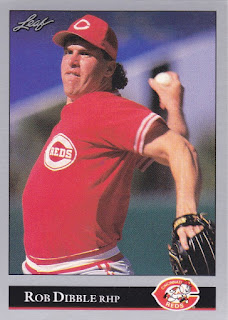 69 - Rob Dibble - One of The Nasty Boys. Huge fan of Janet Jackson. 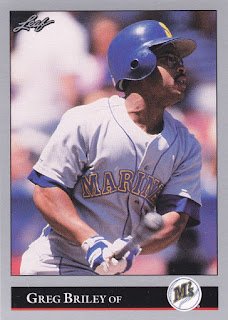 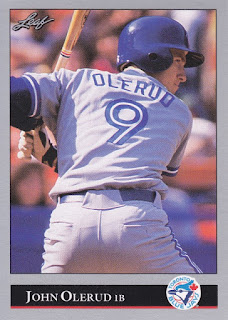 60 - John Olerud - One of the more underrated stars of the '90s and beyond. All he did was hit like crazy. 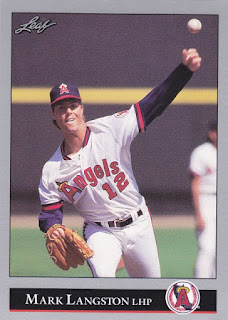 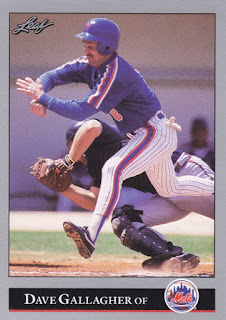 224 - Dave Gallagher - Before the Wussification of Baseball, guys used to perform all sorts of ballet moves around the plate. Freeform, interpretive dance right here. 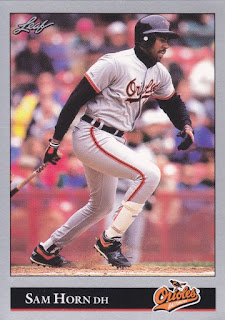 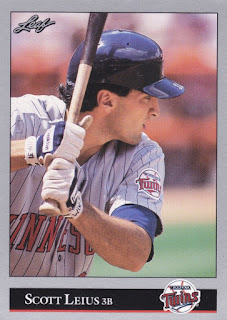 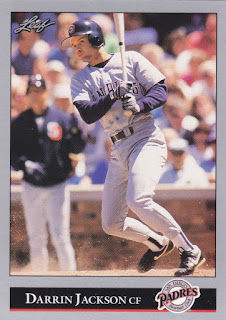 129 - Darrin Jackson - D.J. was a journeyman player who became a broadcaster after his playing career was through. 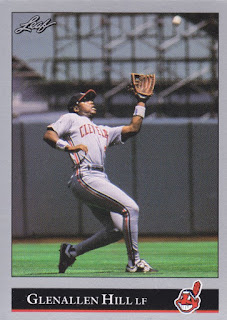 70 - Glenallen Hill - Hill was supposed to be a future pillar in Toronto, but here he is awkwardly setting up under a fly ball in a Cleveland uniform. 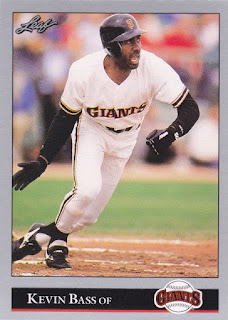 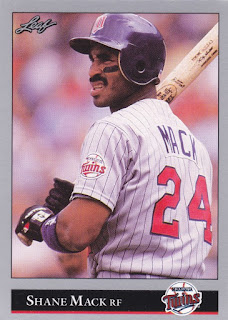 82 - Shane Mack - Had I been blessed with two Shane Mack cards in this pack, I would have been set up for an easy "Return of the Mack" joke.

Any chance I could get the Gkenallen Hill card from you? I am in need of that card for the Indians team set for the 1992 Leaf. Thanks!

Ahhh 1992 Leaf.. Bought a box of those in 1992.. Still debating on whether I want to complete the set or just Jays/Expos/Canadians..

I had just finished basic training at Ft. Sill (split training opt jr/sr year of hs)and on the way home (via bus) I had stopped at a card shop in a mall in lawton Oklahoma back in 1992 and bought 2 boxes of those god awful cards. First thing I bought....man I was foolish...lol.