Written by Rebel Coyote at 7:40 PM 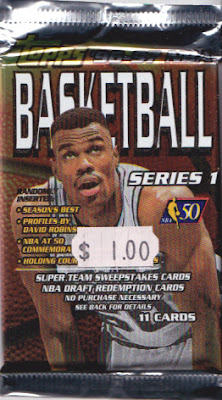 NBA preseason started not long ago. Let's dig into a pack from 20 years ago. David Robinson on the cover of that year's Topps set. It's also NBA 50th anniversary with occasional inserts of it. 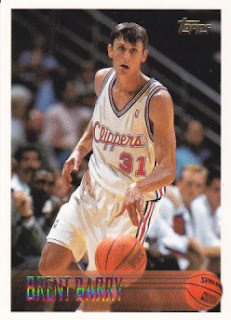 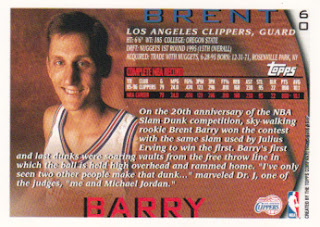 60 - Brent Barry - the name is in gold foil which turns to rainbow colors when scanned. A son of legend Rick Barry, he won NBA Dunk contest in his rookie year. Won two championships with San Antonio Spurs. Too bad his former teammate Tony Parker dunked on his wife. 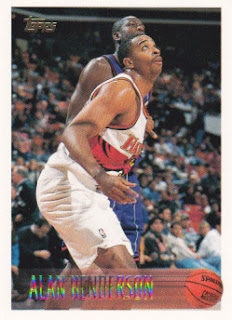 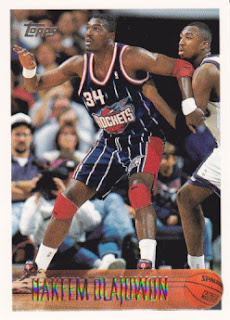 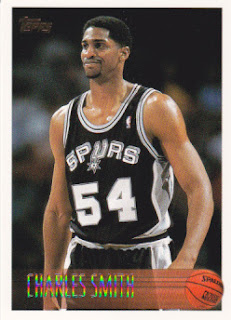 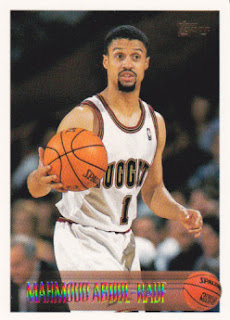 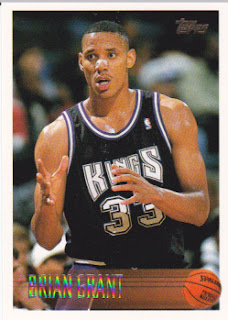 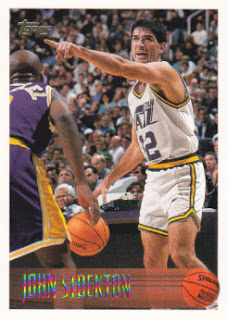 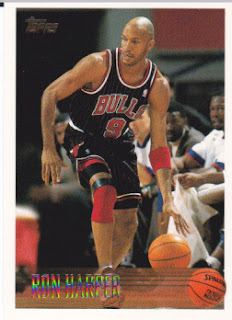 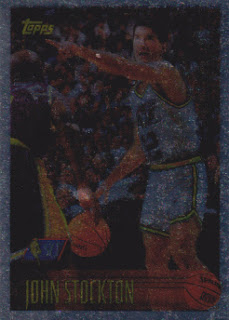 65 - John Stockton - another Stockton card, but its the NBA at 50 commemorative card which runs 1:3 packs. It's very shiny foil base card with 50th anniversary logo on it. Scanner had hard time picking up on it. 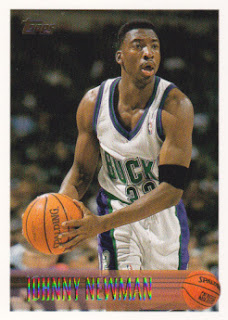 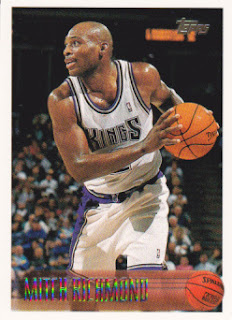 Weird how your scanner picked up the gold foil. Mine picks it up properly. I have so many great memories of this set. Card #111, the Series 1 Checklist, was my #1 most wanted card from 1996 through 2005, when I finally got it, by trading an autograph or two and possibly some cash. It was extremely short printed and not included in the factory set, which I purchased as well.