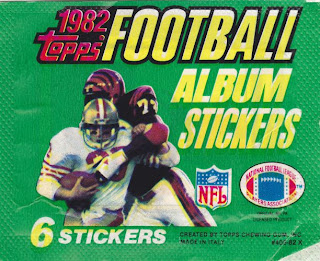 One of the crown jewels of the contest box of junk wax was this apparently already opened 1982 Topps Football sticker packet. Someone either opened it or the wrapper peeled apart, so it was placed in a team bag and sealed back up for someone like me to reveal. I've actually never heard of any of these players (didn't really start following football until the early '90s) but I'm sure they are awesome. 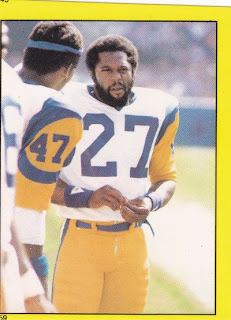 59 - Pat Thomas (Thomas was a cornerback for the L.A. Rams for 7 seasons, intercepting a career total of 26 passes including one for a TD. He coached in the USFL, NFL and college ranks for some 20+ years.) 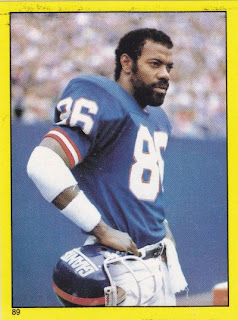 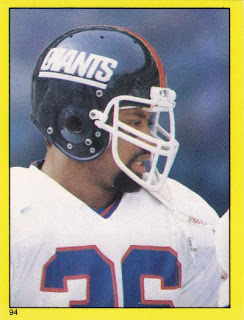 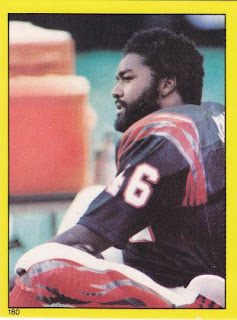 180 - Pete Johnson (Johnson spent most of his 8 year NFL career with the Bengals, playing running back. He was a Pro Bowl selection in 1981.) 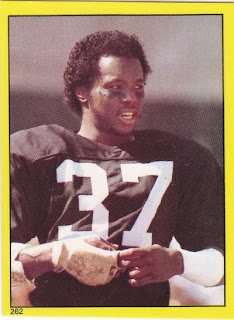 262 - Lester Hayes ("The Judge" was apparently a big Star Wars fan. He played corner for 10 seasons with the Raiders, appearing in 5 Pro Bowls. I lied. I have heard of this guy.) 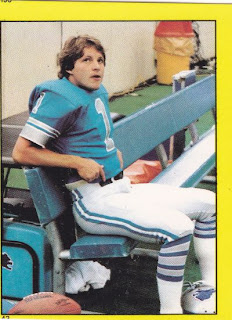 43 - Tom Skladany (Nothing is sadder than a lonely miscut punter.)

Lester is a legend in the Bay Area... nice sticker.