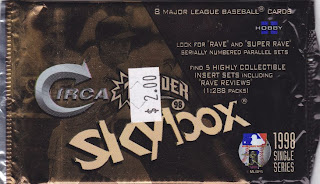 There are so many different logos and brand names going on with this thing that I didn't even know where to begin. I had to consult Big Bad Beckett in order to properly categorize this set. This pack promises things like Rave and Super Rave. I guess it's the DJ Tiësto of baseball card packs. 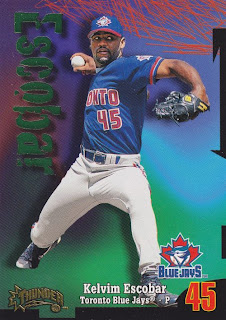 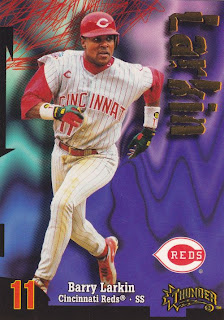 11 - Barry Larkin (A good shortstop throughout his career who probably didn't deserve to get dragged into this mess.) 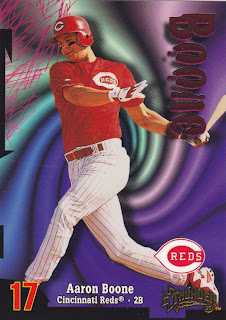 176 - Aaron Boone (This is before he adopted the same middle name that Bucky Dent adopted back in the day.) 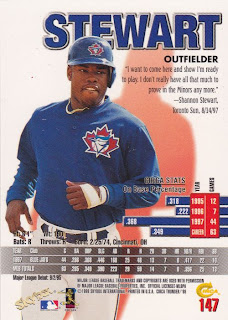 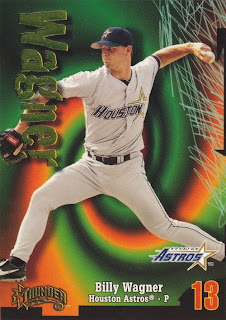 13 - Billy Wagner (More squiggly lines here. In fact, they're everywhere. I don't get how this could have ever been perceived as a good idea. I was alive in 1998. I didn't actively collect cards or anything, but I was alive. And I don't remember a lot of squiggly lines.) 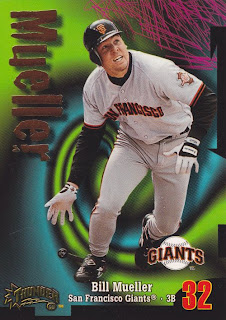 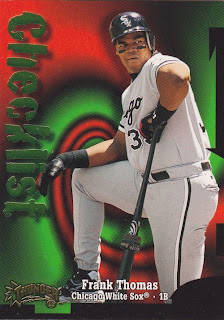 297 - Frank Thomas Checklist (Somehow, the venerable is the only thing spared from the squiggles.) 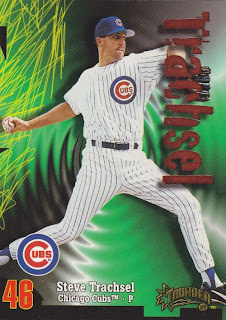 Email ThisBlogThis!Share to TwitterShare to FacebookShare to Pinterest
Labels: 1998 Circa Thunder

Did Trachsel really give up McGwire's 62nd homer? I always thought he was just a pitcher for the Mets that looked like a douche.

And I thought that the rave culture hit its peak around 1991-1994. By the time some creative director or product manager made this set, he was already four years too late.

This worked with basketball when Skybox started out. But on baseball its turns into some psychedelic mess.

The squiggly lines and the psychedelic swirls make me think of computer music player graphics, or visualizations. Maybe that's what they were going for, as the whole MP3 thing was just getting hot back then.

I know these as Z-Force from my basketball days. I don't know why they felt the need to change the name of the set for a different sport.

Anyway, I just started a Frank Thomas collection, so if that checklist card is up for trade, let me know.
--Jon