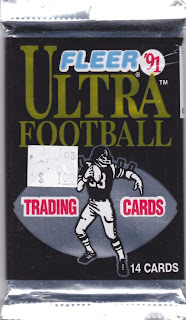 Hooray, feetball! Everyone likes the feetball, yes? Here is a pack full of today's latest stars! 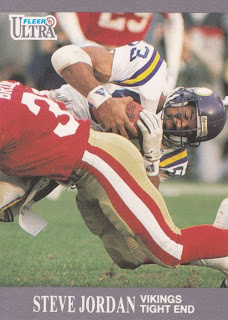 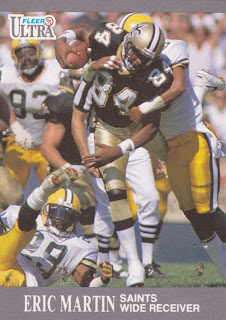 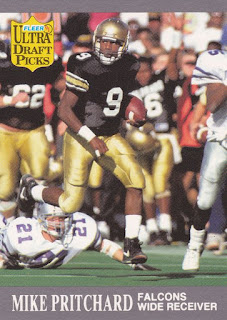 294 - Mike Pritchard (This is a college photo from Pritchard's time at Colorado. Fleer tried to block out the Colorado on the uniforms in the foreground, but you can see they left it on one of the players on the sideline. Nice.) 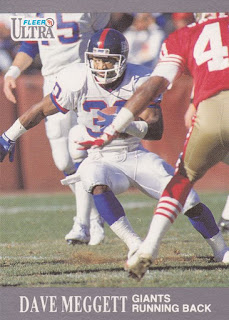 222 - Dave Meggett (You always want David Meggett on your side in a game of Tecmo Super Bowl. Meggett is currently serving a 30 year prison sentence for doing some burgling and sex crimes.) 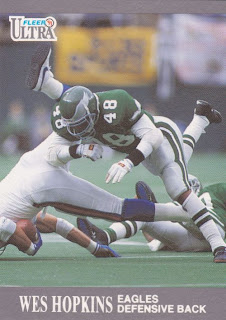 232 - Wes Hopkins (This was from the era that made me an Eagles fan. I wish I could say the same today.) 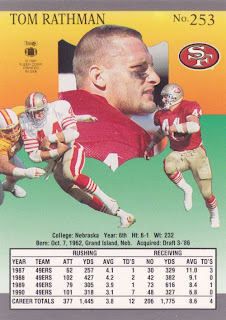 253 - Tom Rathman (Here's a look at the multi-photo back card design.) 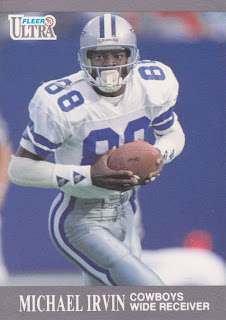 163 - Michael Irvin (Who decided that it would be a good idea to put a microphone in front of Michael Irvin?) 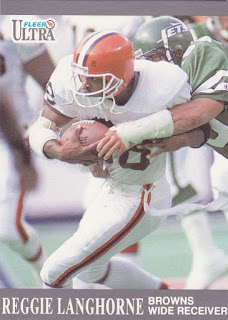 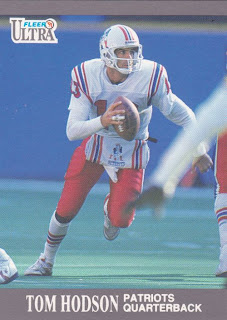 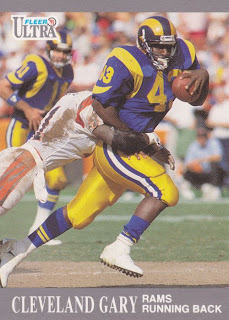 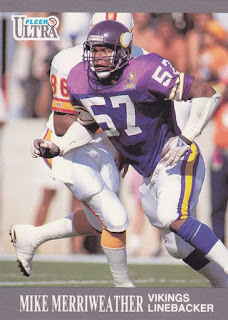 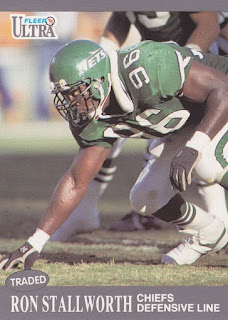 107 - Ron Stallworth (I miss these Jets uniforms. They've been going "retro" for far too long now.) 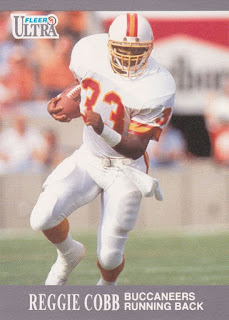 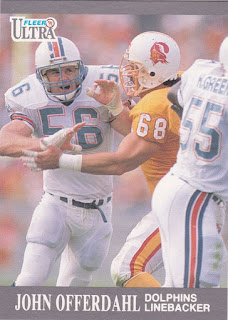