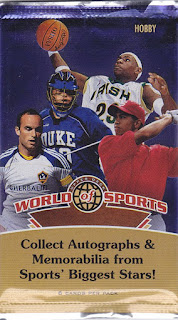 Here's another one of those wacky dollar store finds, although it's from a supposedly legitimate company that makes their own sports cards. This reminds me of the old Classic Four Sport cards that started coming out when I was in high school, except with Lacrosse and Tiger Woods for some reason. 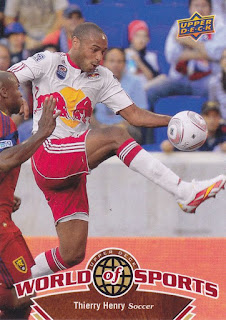 76 - Thierry Henry (Henry is a world class soccer player, but my opinion of him is pretty low based solely on one MLS match that I watched this season.) 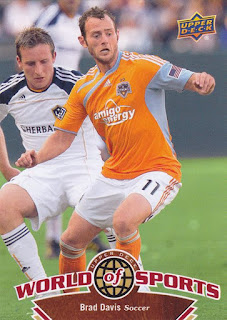 68 - Brad Davis (Two soccer players that I've heard of in the same pack? I guess it helps that my city has an MLS expansion team and there wasn't a lot else going on here this summer.) 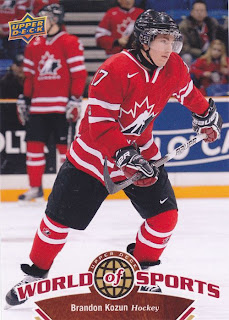 183 - Brandon Kozun (The internet tells me that Kozun plays for the Manchester Monarchs of the AHL, an affiliate of the LA Kings.) 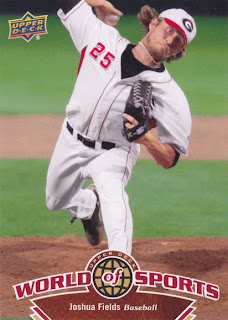 130 - Joshua Fields (Fields is a Red Sox prospect who was acquired from the Mariners this summer as part of the Erik Bedard deal.) 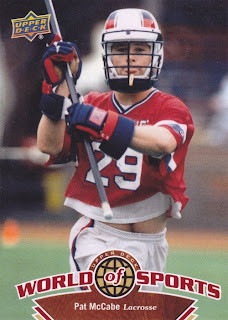 293 - Pat McCabe (I'm not going to pretend to know anything about lacrosse players. Is this card obscene?) 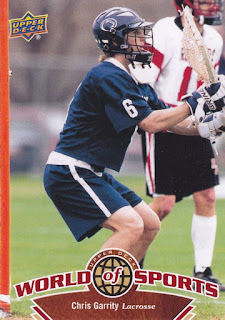 Coming from a world where lacrosse is worshipped, I know of both of those lacrosse dudes. And I'm not really happy about that.

How far Upper Deck has fallen. They tried to get people to pay four bucks a pack for this ugly junk, just for the off-chance of an auto card of a surly philanderer like Michael Jordan.

When Upper Deck starts making card of show dogs, you know that death is near.