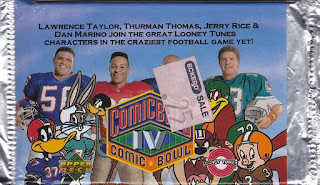 Upper Deck mixes Looney Tunes, a few NFL greats, and their passion for making quality trading cards. How could this go wrong? Comic Ball IV: Comic Bowl follows a strong lineage that brought us such quality sets, like this one. Let's go crazy, NFL style! 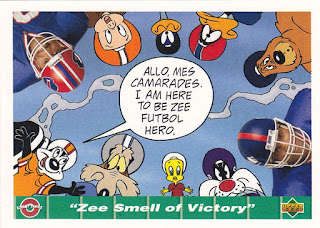 83 - "Zee Smell of Victory" (What language is he supposed to be speaking? Also, are some of these football players smoking? Skunks shouldn't emanate visible odors even if they are spooked or ticked off.) 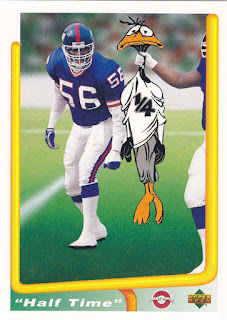 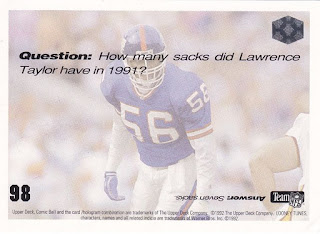 98 - "Half Time" (This is the same stupid card, only this one is damaged. I thought I'd take the opportunity to show the back of the card, which turns out to be a whole lot of nothing.) 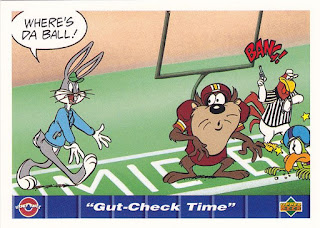 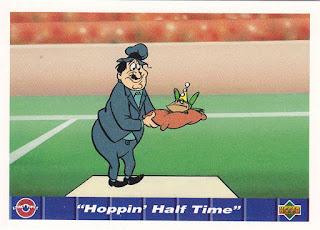 150 - "Hoppin' Half Time" (Sad frog on a pillow. I guess this beats Nickelback halftime shows.) 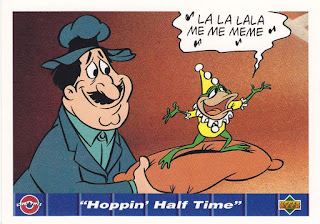 148 - "Hoppin' Half Time" (Sad frog is happy now. I always thought he was sort of a drunk and/or possibly afflicted with multiple personality disorder.) 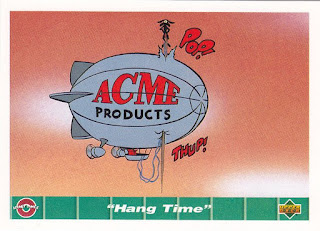 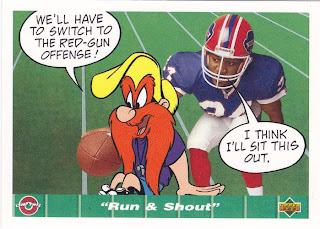 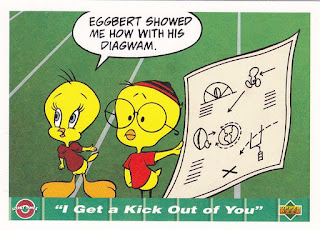 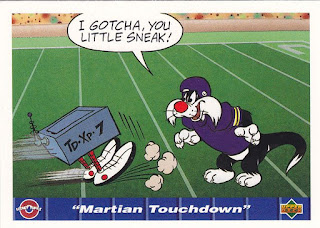 162 - "Martian Touchdown" (It seemed like everyone had a Marvin the Martian t-shirt in the '90s.) 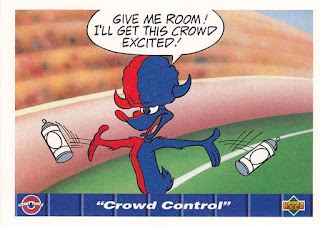 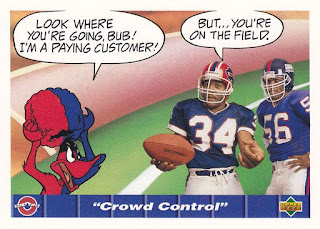 The "Zee" is from Pepe LePew, who is supposed to be more or less French. I guess with the body odor part, they have that right.

"How many sacks did Lawrence Taylor have in 1991?"

All of them. Including the ones he carries away with teenage girls inside.