Guys, I honestly don't really remember buying this pack at all. It doesn't even seem like something I'd normally do. I must have acted out of desperation. It was... a long... long time... before 2012 products were to come out. Don't judge me! 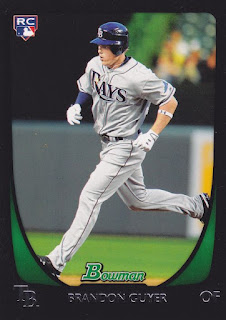 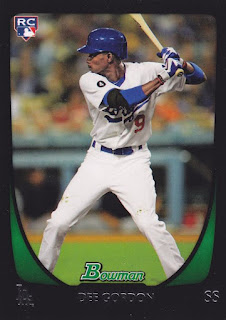 40 - Dee Gordon (Likely has a lot of playing time in the future.) 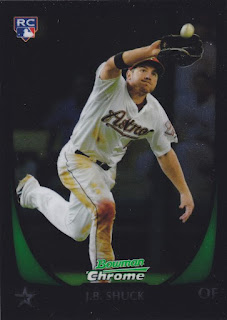 106 - J.B. Shuck Chrome (Shuck has one of the more hilarious names in the game. I remember seeing him in late season action against the Cards.) 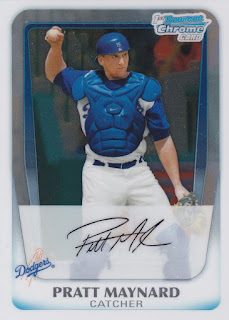 BDPP5 - Pratt Maynard Prospects Chrome (I know we just looked at a "J.B. Shuck", but I absolutely refuse to believe that there's a dude out there somewhere named Pratt Maynard. That's just absurd.) 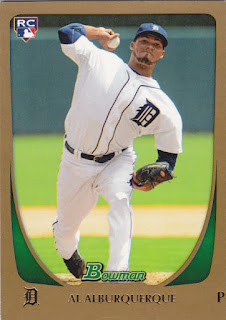 60 - Al Alburquerque Gold (Topps brought back the "is it a decoy or is it not?" thing this year, which means my Not The City In New Mexico card has fingernail dents all over it from filthy rotten pack searchers who were probably searching for... what? What do people search for these days? I have no idea.) 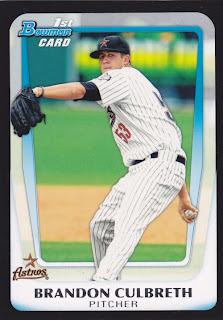 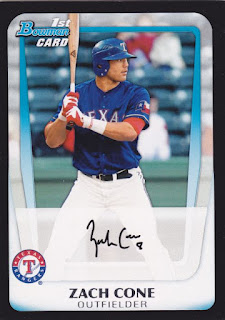 BDPP22 - Zach Cone (I don't know any of these prospects. Maybe in five years...)

I got a Bryce Harper in a retail pack at Wal Mart...woot woot!