Written by Johngy at 1:31 PM
Saturday February 11 was National Hockey Card Day.  To commemorate this, Upper Deck produced a 15 card set released in 5 card packs distributed to card shops.  AU Sports (in Niles, IL) was giving them away all week and I got my hands on a pack. 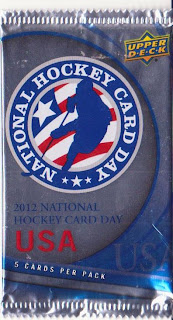 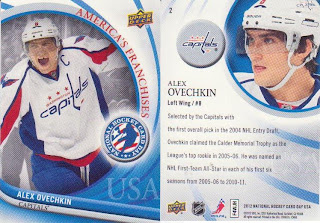 #2 Alex Ovechkin-Ovechkin has been an All-Star in each of his first six seasons. 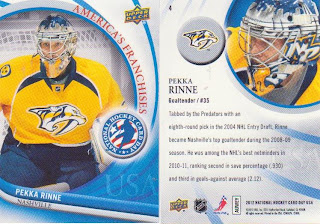 #4 Pekka Rinne-Rinne was an eighth round pick for the Nashville Predators who blossomed into a top goalie. 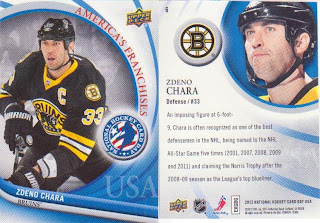 #6 Zdeno Chara-The 6'9" defenseman is a Norris Trophy winner and a five time All-Star. 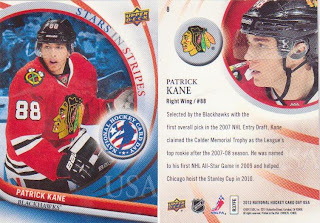 #8 Patrick Kane-Kanerrrrrrrrrrrrr!  Cool.  I am lucky enough to get the star winger for my hometown Blackhawks! 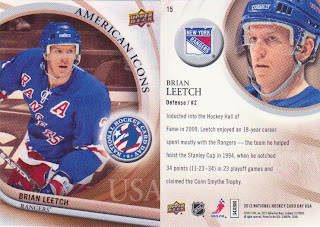 #15 Brian Leetch-Leetch is a Hall of Famer, a Stanley Cup champion and a Conn Smythe Trophy winner. 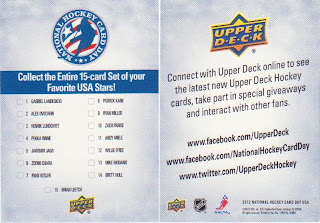