Man, the '90s were wild. Collector's Choice, because of its low cost, was mostly a kid-oriented set I imagine. Still, this pack wrapper is kind of ridiculous. As with most Collector's Choice sets, the base card design is pretty plain and standard. 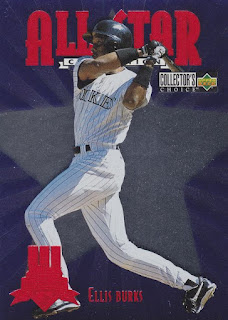 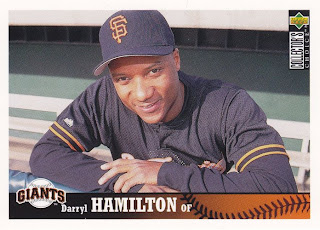 455 - Darryl Hamilton (Hamilton looks like kind of a creep. Kind of a real creep.) 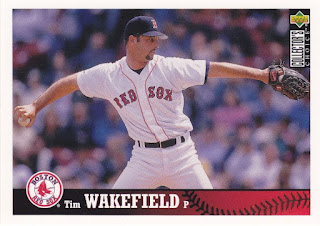 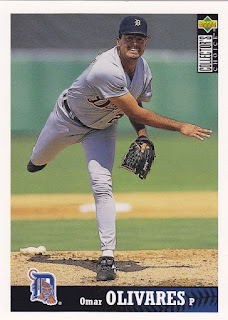 337 - Omar Olivares (I only know of Olivares from his Cardinals career.) 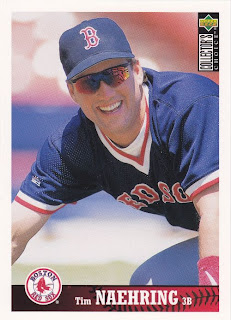 279 - Tim Naehring (Naehring finally found his way to regular playing time in the mid-'90s after riding the bench for a number of years.) 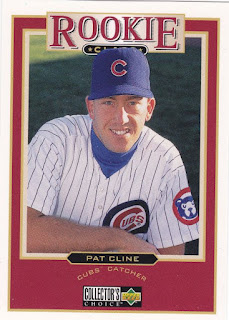 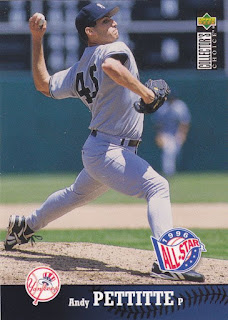 404 - Andy Pettitte (A full bleed border and All-Star logo indicates that Pettitte was an All-Star the previous season.) 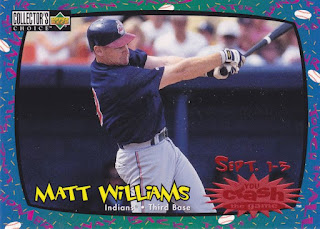 CG13 - Matt Williams You Crash the Game (These are a 1:5 pull according to the odds. This reminds me of after-school '90s cartoon shows, I think. Apparently if you collected all of these cards, you could exchange them for a redemption card, and if that redemption card had a player that... zzzzzz. I'm bored already.) 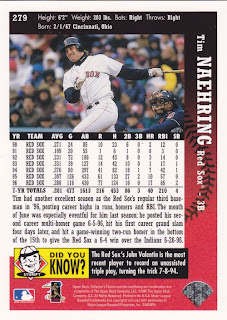