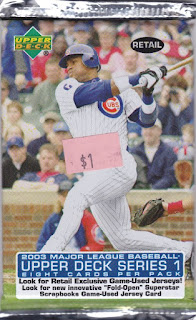 2003 was a crazy time. 50 Cent was king, everyone was all excited about Lord of the Rings and the Florida Marlins were crowned the World Series champs. I bought a pack from 2003 for a buck. Here it is. 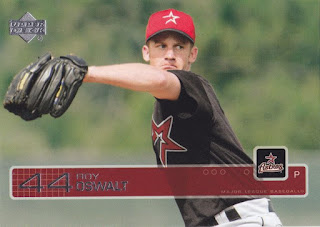 139 - Roy Oswalt - Oswalt is one of those pitchers who has always seemed kind of old to me. Here he is after his second season in the majors, coming off of a Cy Young worthy season where he won 19 games and struck out 208. 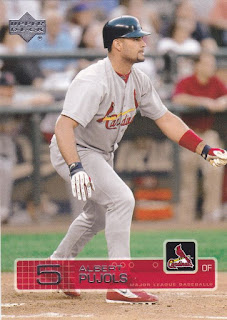 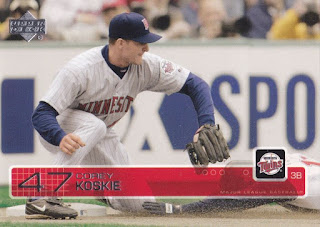 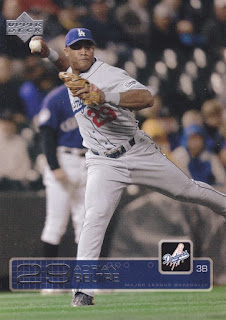 192 - Adrian Beltre - Beltre has continued to produce into his 30s. Aside from his outlier season in 2004 where he was the runner-up to the MVP, he's actually been better in his 30s than he was in his 20s. 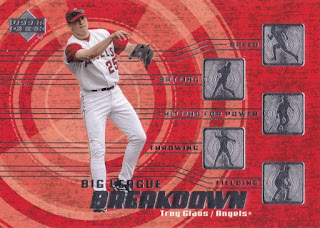 BL1 - Troy Glaus Big League Breakdown - It's a little busy, but these aren't the worst inserts I've seen. They're seeded at 1:8 packs. I also pulled an Alex Rodriguez from this insert set recently. 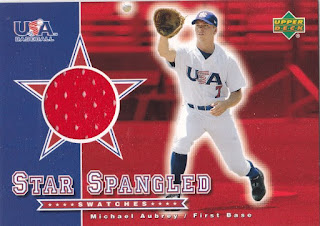 SS-MA - Michael Aubrey Star Spangled Swatches - Jackpot! I... think? I had to do a little research on Aubrey, who is shown as a member of Team USA. Is there a Team USA anymore now that the biggest international stage, the Olympics, has eliminated baseball? Aubrey was a Cleveland draft pick and went to Tulane, but I'll probably have a hard time getting rid of this unless there are fans of these very specific interests. It would just be easier if there was an Indians logo somewhere on this. 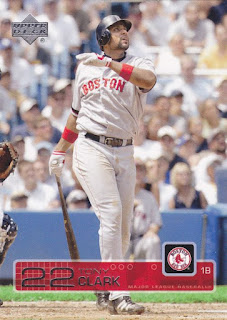 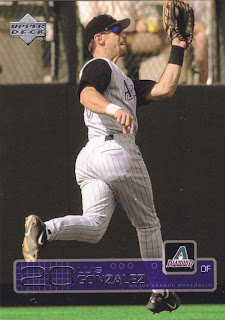 177 - Luis Gonzalez - Gonzo was pretty likable, even though I rooted against the Diamondbacks most times.