Written by Matt F. at 8:55 PM
I haven't ripped have any baseball packs in a long while but I don't have any on hand so we'll try something a bit non-traditional, a pack of Impel Star Trek The Next Generation from 1992. Having been out of the blogging game full time for a while I really have no memory where I picked these up from...a discount bin somewhere. 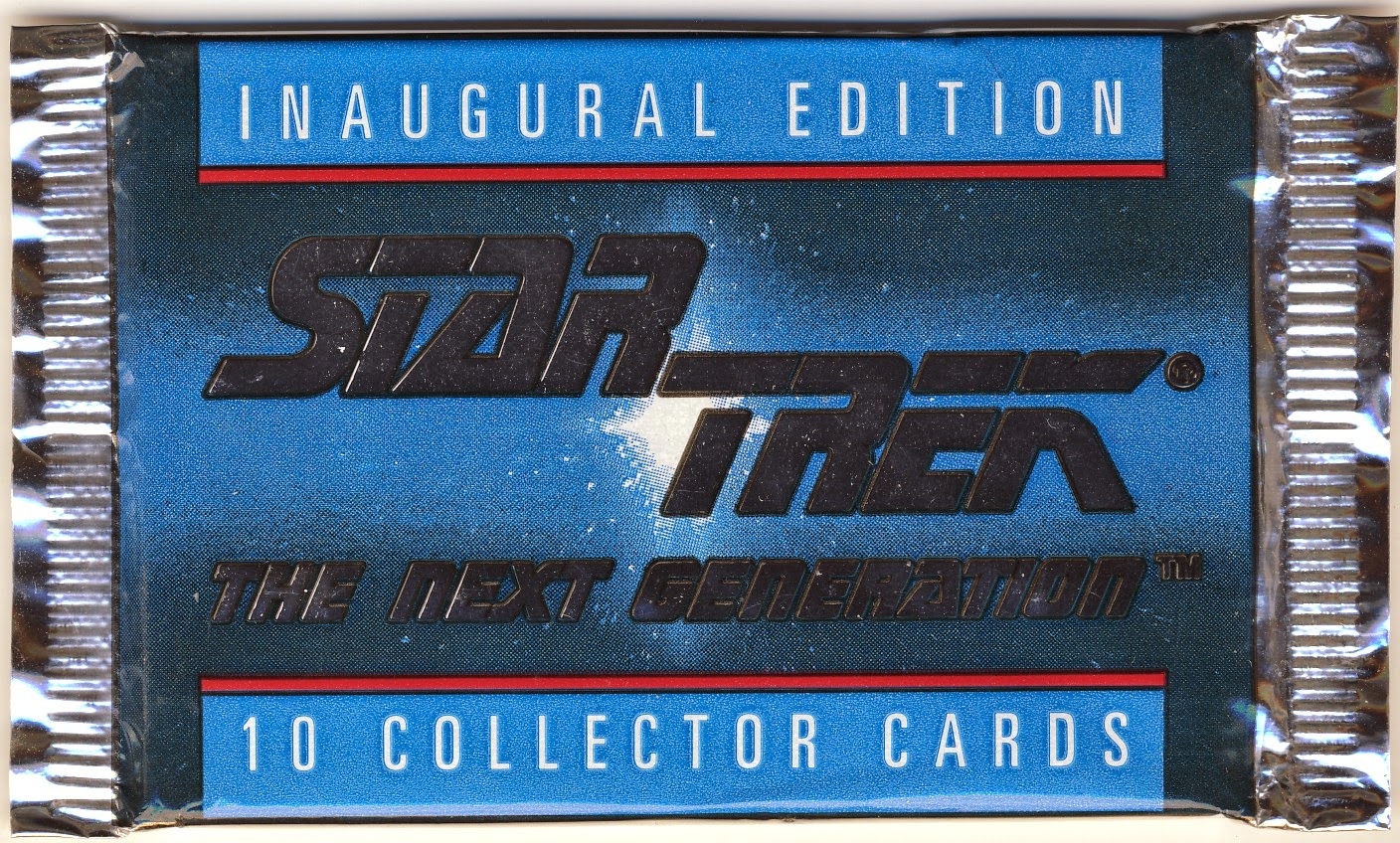