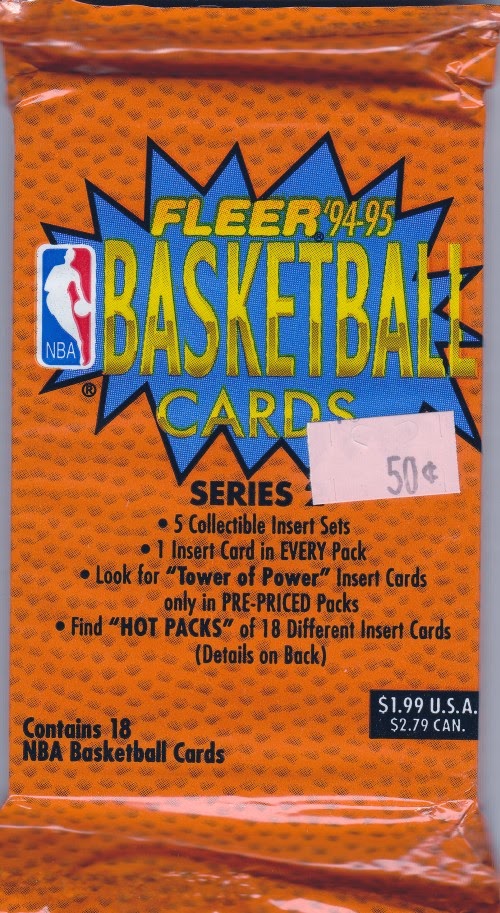 Here's the sequel to a pack I posted about a month ago. This one is three cards shorter and was half the price. There's a pretty good reason for that, I guess. One of the problems with stretching out a set into multiple series is the tendency to make a card for all of the good players the first time around. And now we're left with the leftovers. 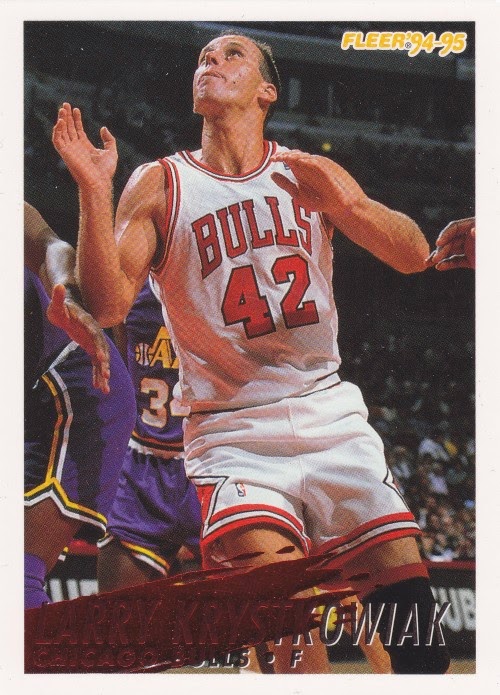 261 - Larry Krystkowiak - His last name is so long that it's only partially covered by the weird metallic splash. 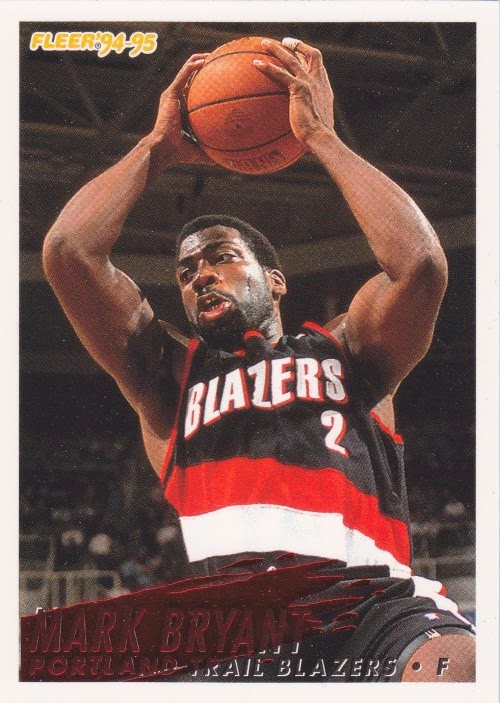 356 - Mark Bryant - A Blazer! At least there's something salvageable here. Bryant did most of the grunt work that other players might neglect. 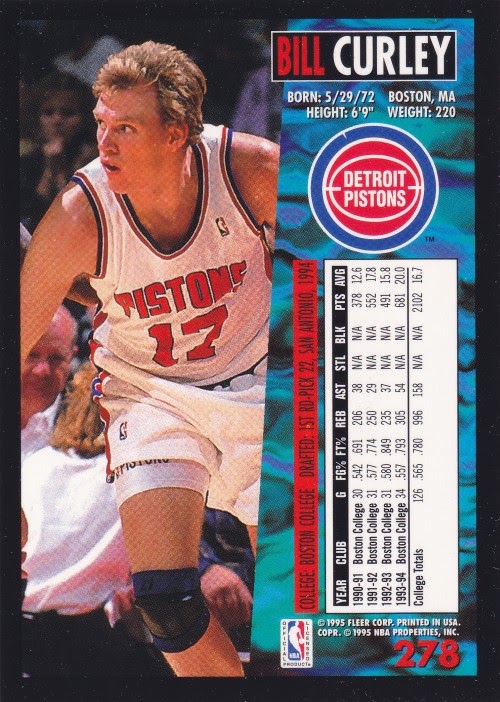 278 - Bill Curley - As you can see, the design is exactly the same. Score one for consistency. 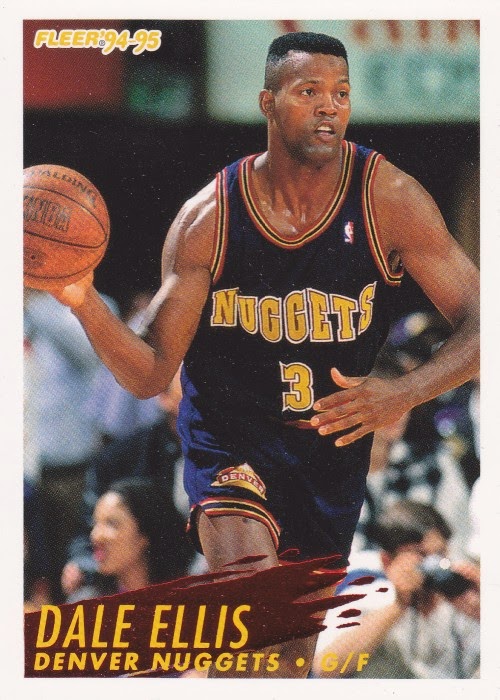 272 - Dale Ellis - He hoisted a lot of threes in his day, but it was probably nothing by today's standards. 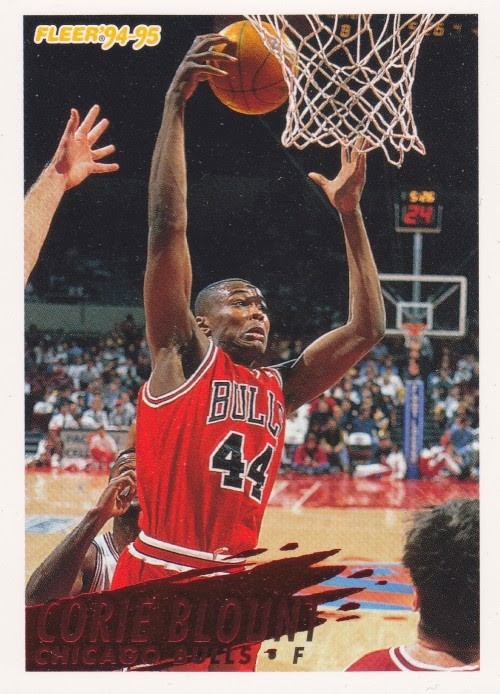 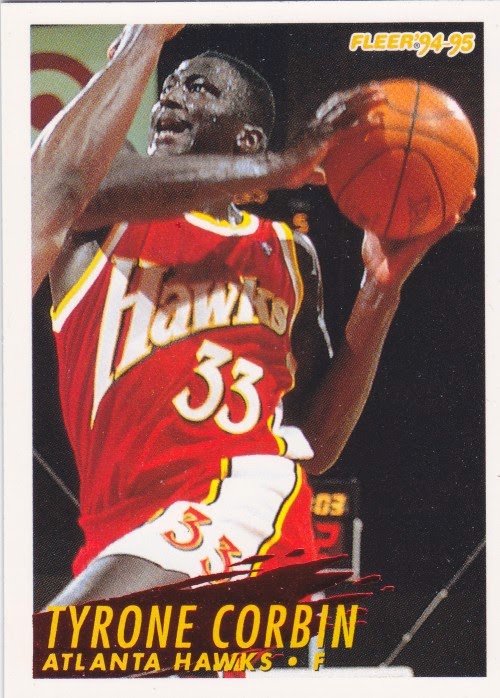 242 - Tyrone Corbin - Corbin is currently the coach of the Jazz who, even in full rebuild mode, no one is currently excited about. 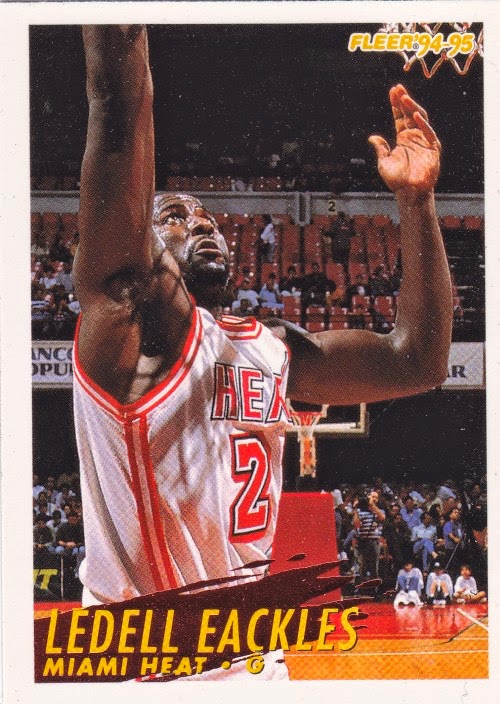 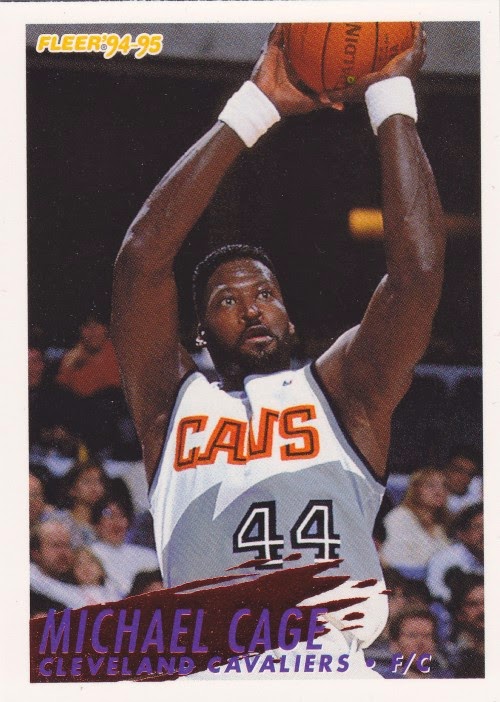 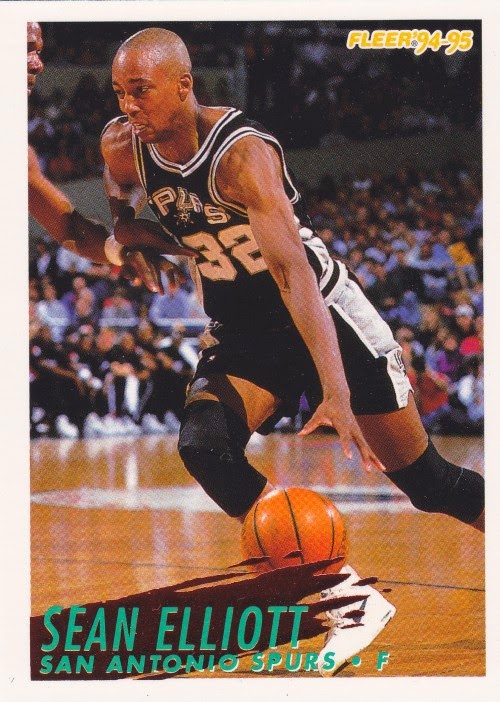 366 - Sean Elliott - In the Series 1 pack, I pulled a weird Sean Elliott Pistons card, so it's comforting to see him back in Spurs black. 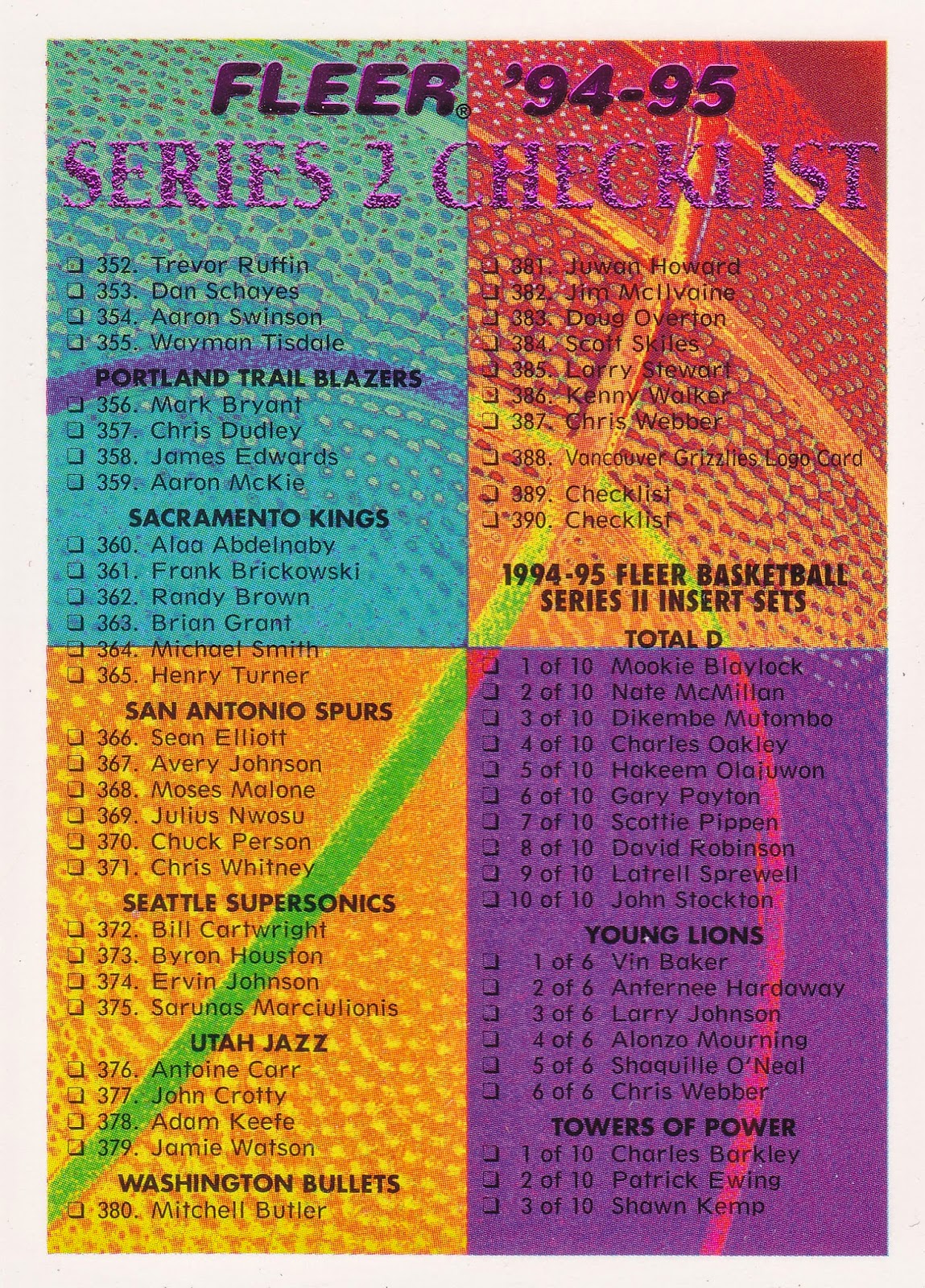 390 - Checklist - This is documented proof of Series 2's crappiness. 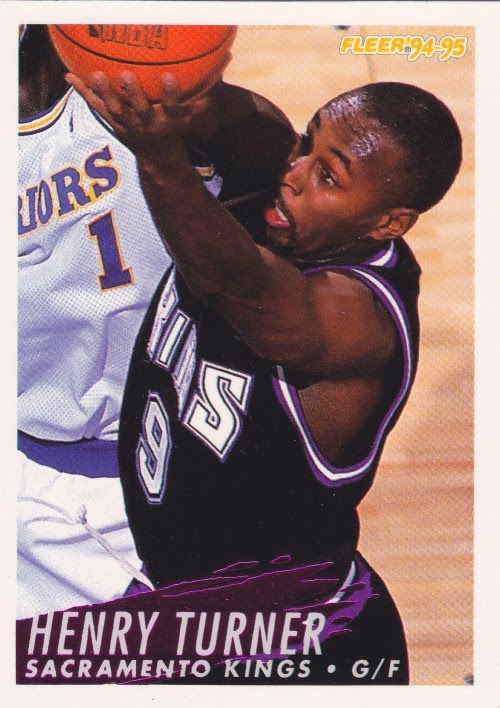 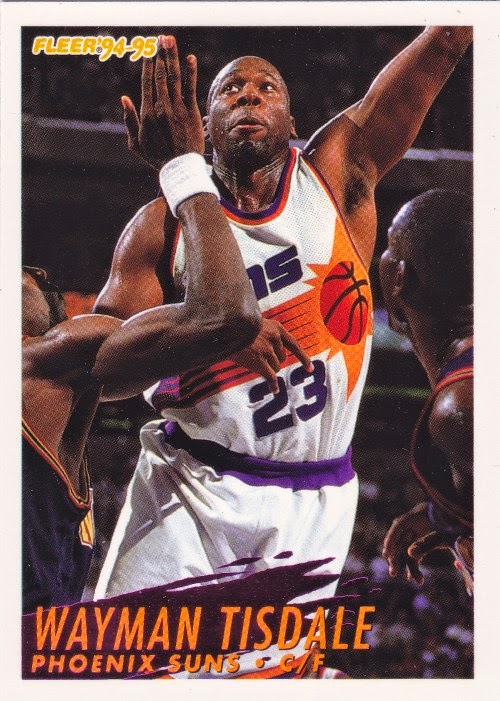 355 - Wayman Tisdale - Tisdale had a second career as a successful jazz musician after his playing days were over. He died way too young. 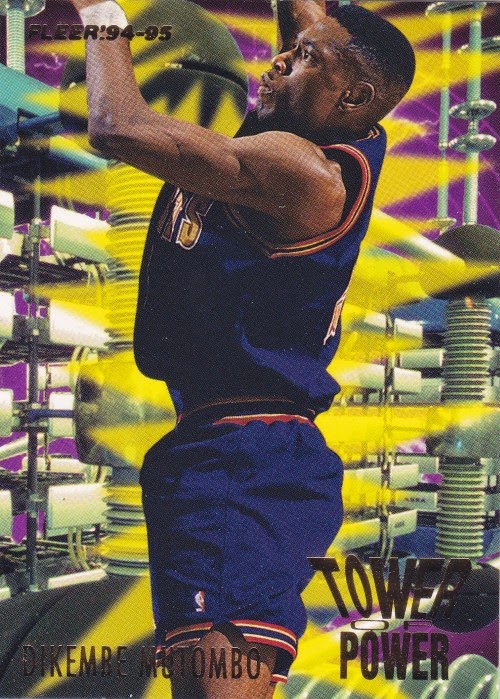 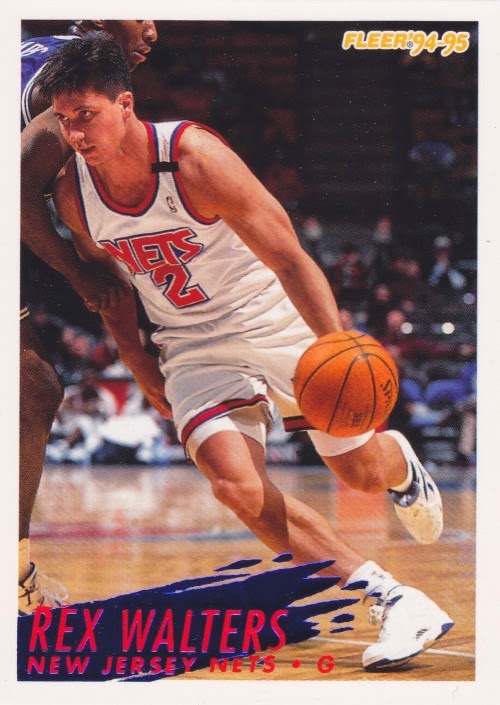 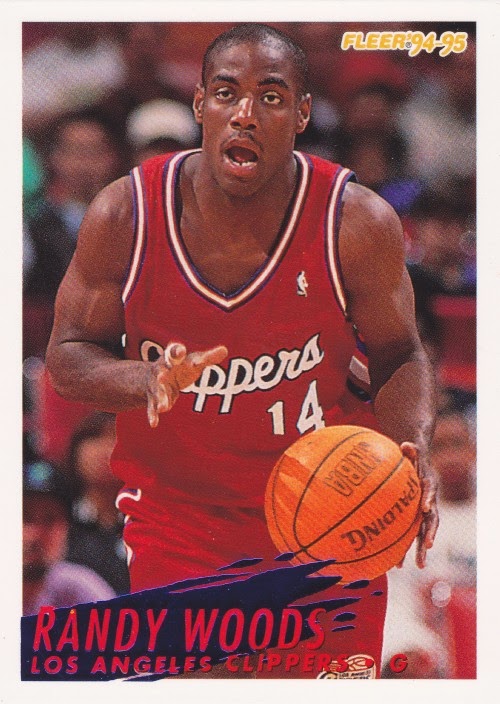 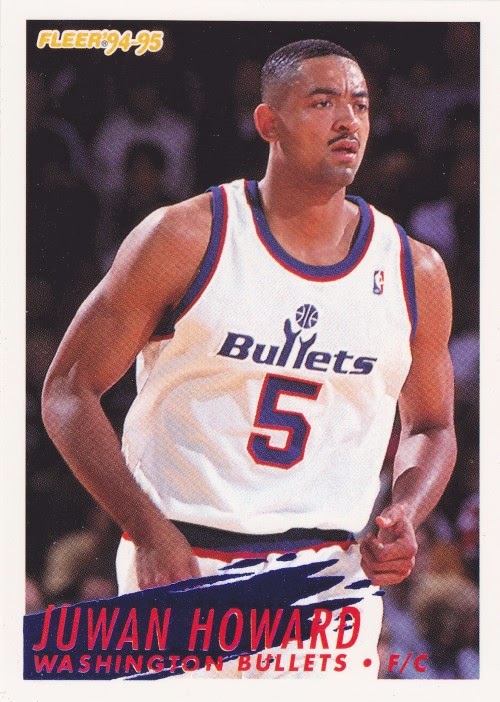 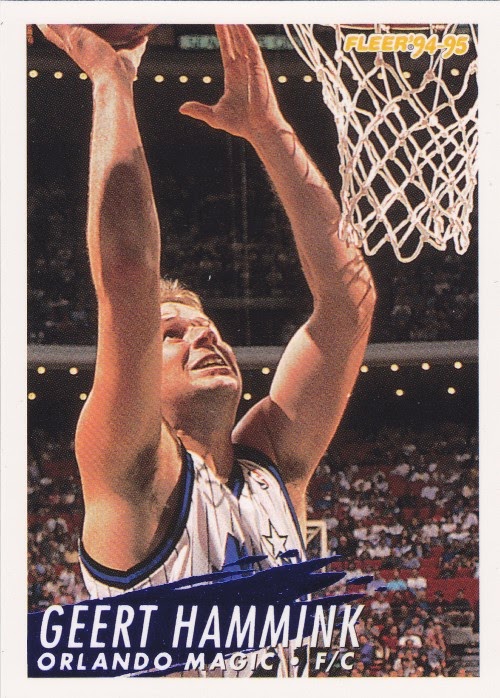 338 - Geert Hammink - I can honestly say that I would have lost the bet on whether or not "Geert Hammink" was a thing that exists. 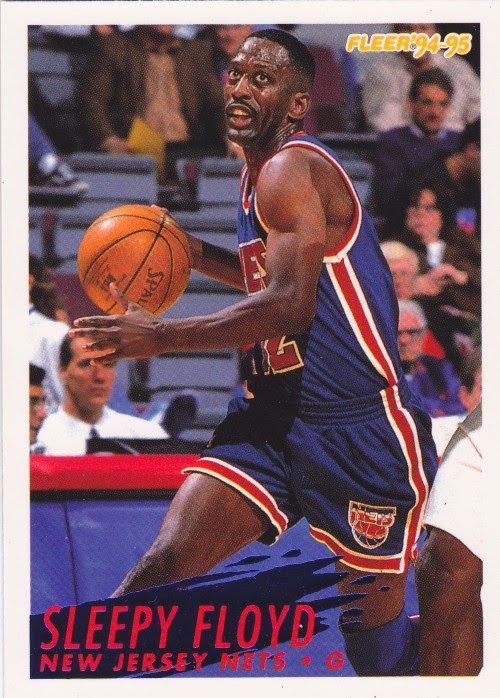 328 - Sleepy Floyd - Sleepy Floyd seemed to me like a product of the '80s, like other colorfully-named players World B. Free and Otis Birdsong. I am shocked to see that he was still playing in the mid-90s.