40 years ago tonight, this happened:


I think it's safe to say that the majority of the APTBNL readership still consider Hammerin' Hank to be the Home Run King. 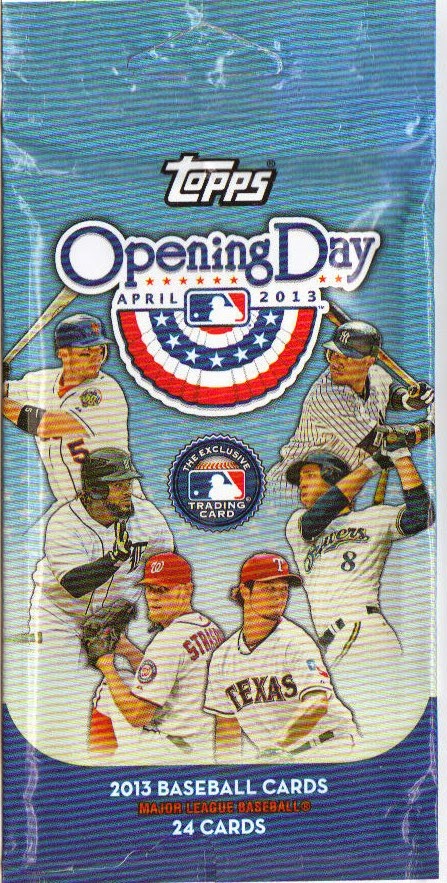 I got a pack of this when Target had them on sale over the summer, so I think this cost me $1.50.  Using this as a guide, I don't plan on buying any of this year's version until the summer again, so unless someone beats me to it, expect 2014 Opening Day around the All-Star Break. 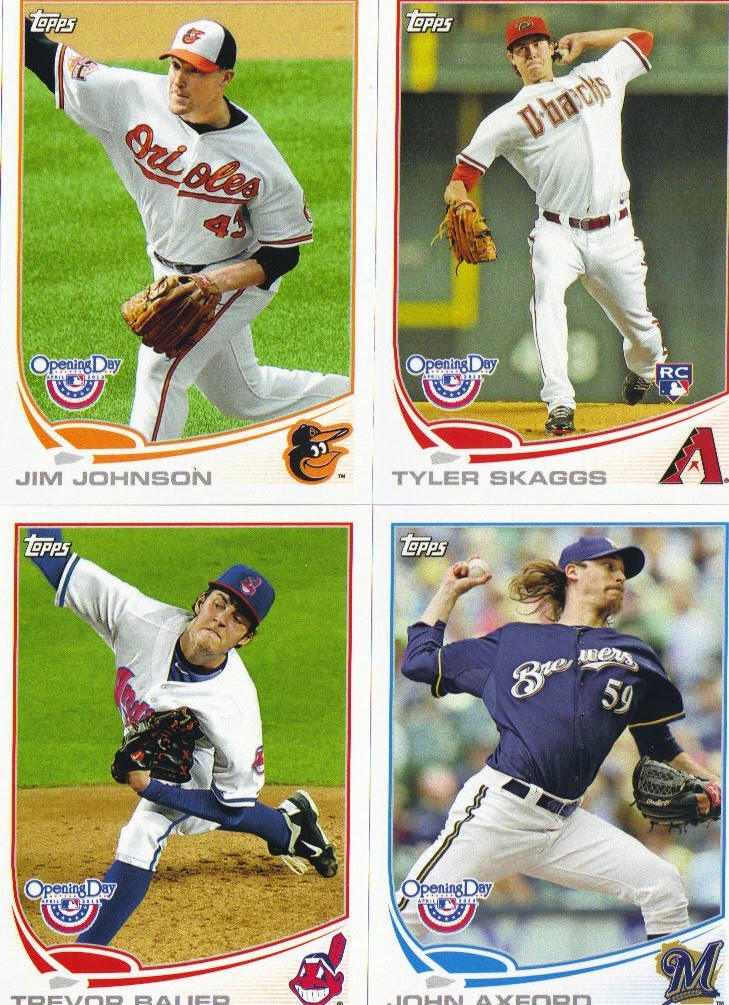 Once again, the scanner ate the borders.  Let's just fly through the rest of the cards. 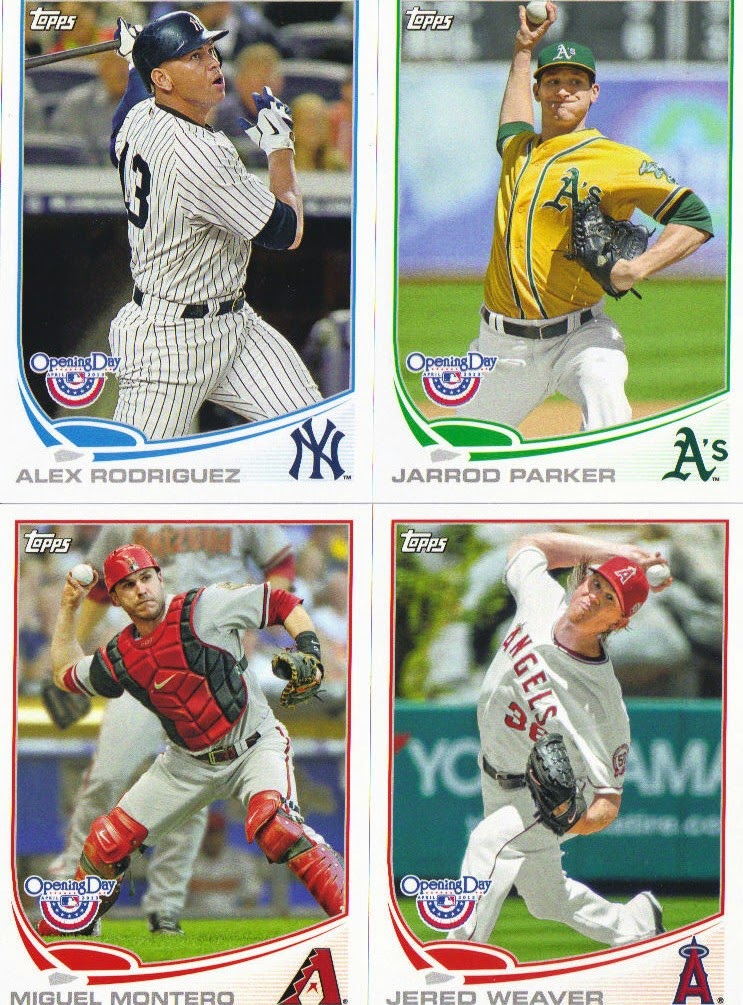 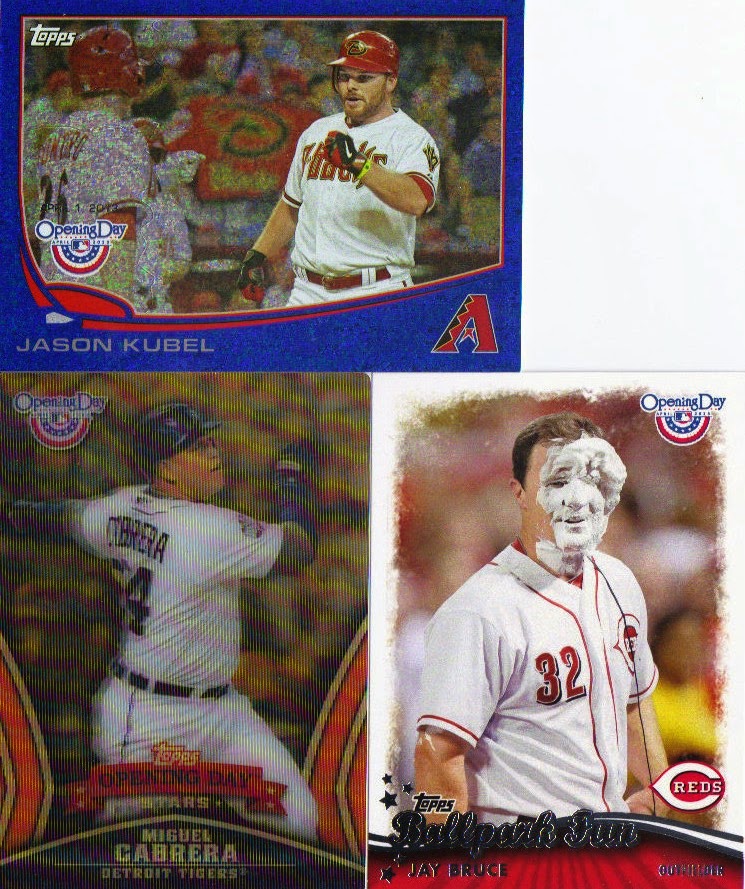 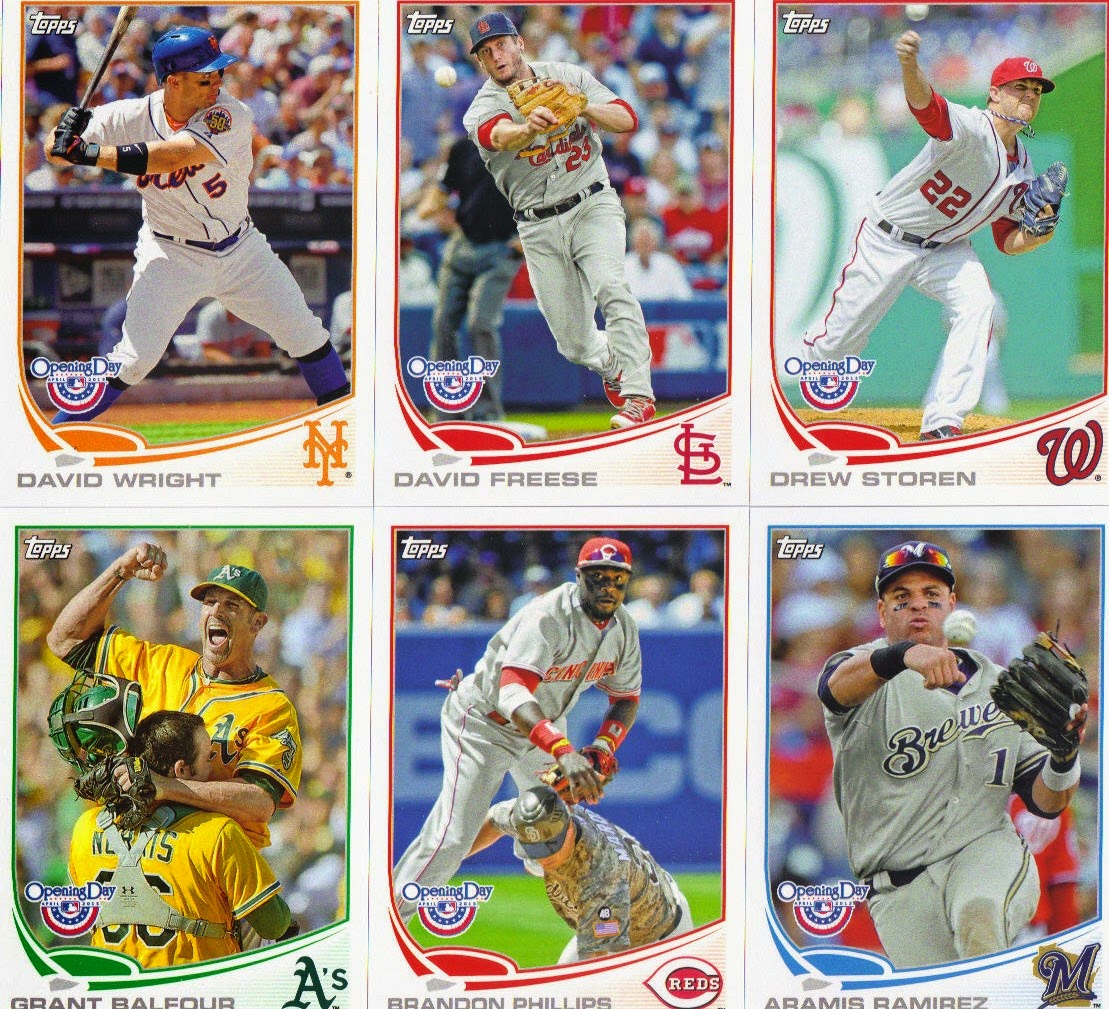 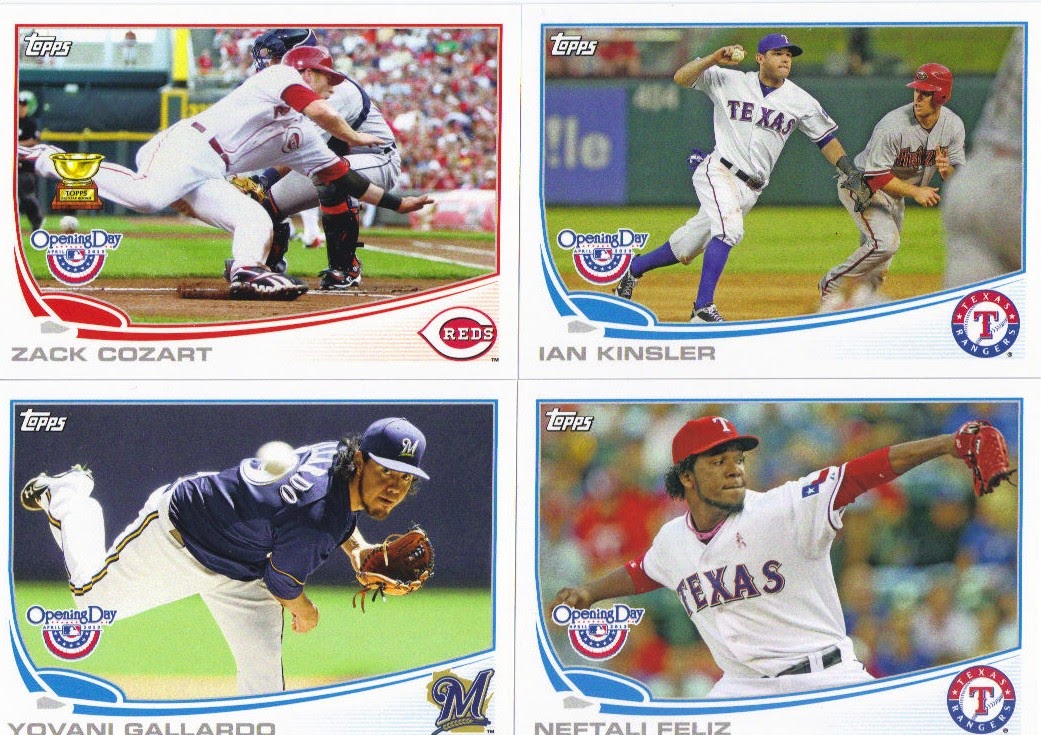 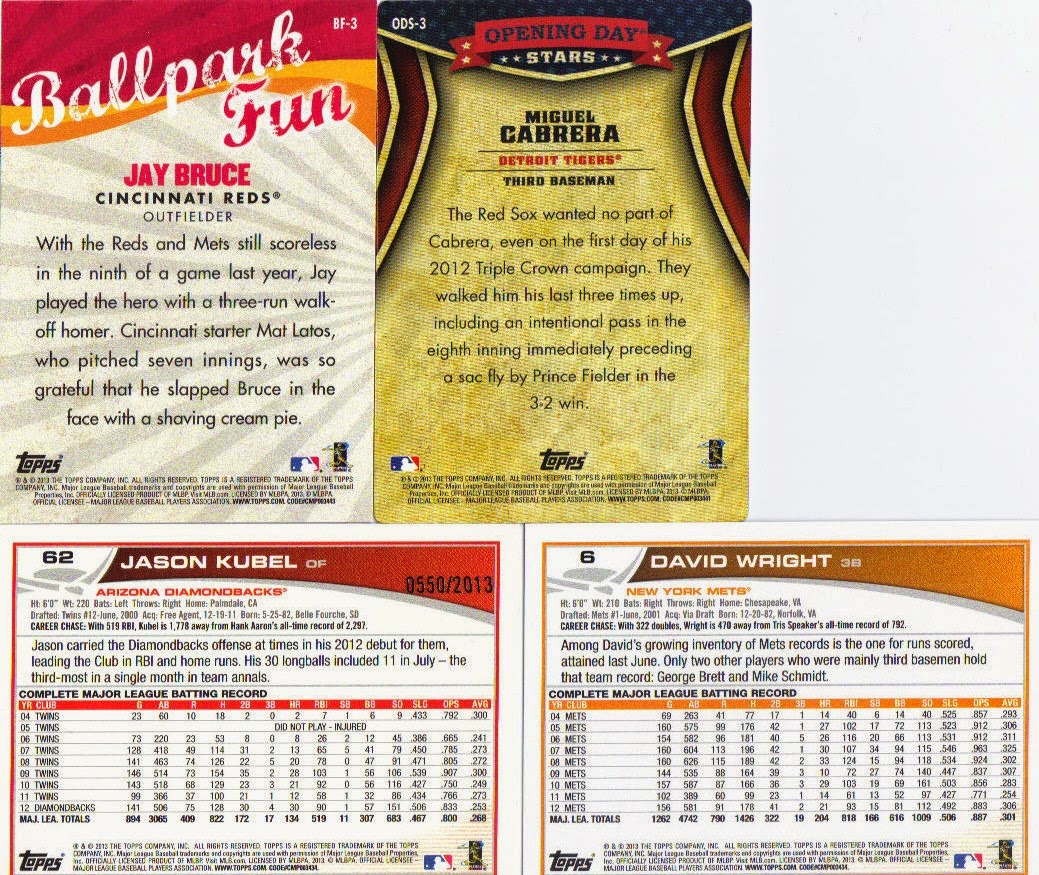 Anyway, that's the pack.  If only they used different photos for Opening Day; maybe put those alternate uniforms and celebration pics here, then you'd have something.  Until then, I'll just wait for a sale or a repack box.  That's all for now...thanks for reading!