Written by JediJeff at 1:30 PM
Let's say you are sitting around a conference table, deciding how to put out a football release. You aren't allowed to produce cards with current NFL players, but you want something fresh and different. In your brain storming sessions, some mentions how a rival company has a product with up and coming prospects in MLB, and there isn't something like that for the sport of football. It seems like such a grand idea that you run full on into the product.

However, you forget that the important thing is to make the cards look good. 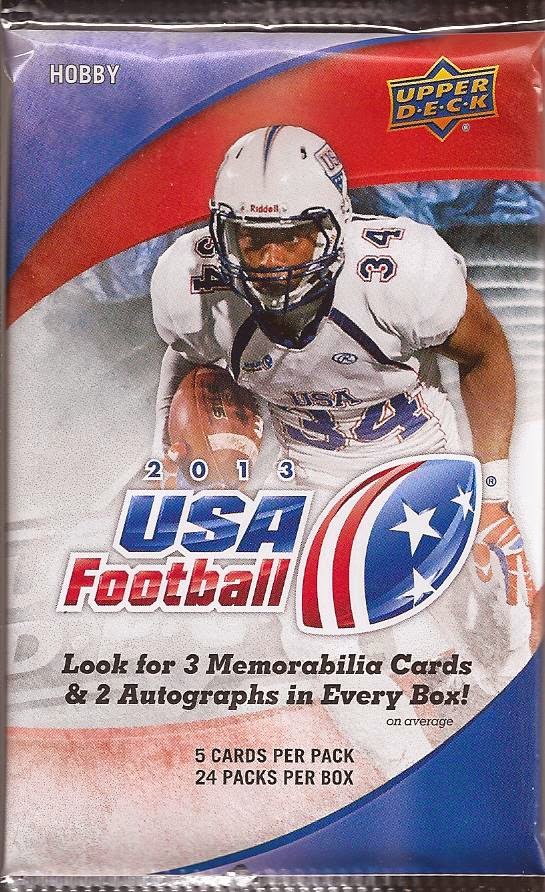 I warn you ahead of time - this will not be pretty. Luckily, just the 5 cards in the pack. Turn back now, for you cannot unsee what you will see. 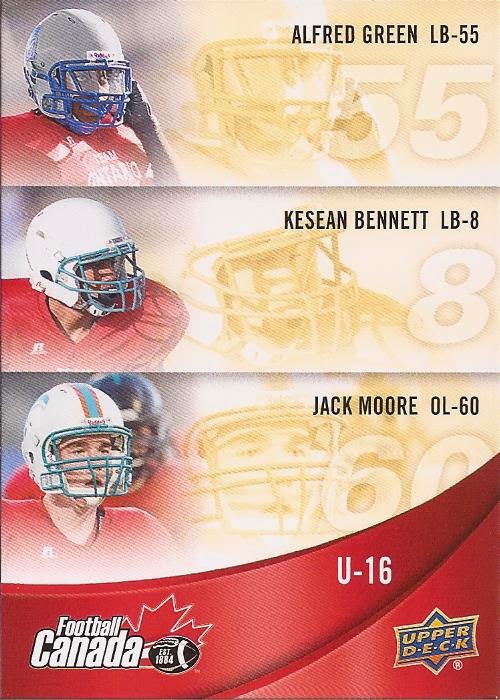 I have no idea what someone was thinking. I think there are just the two countries of USA and Canada, when it comes to these cards in the set. From the looks of the uniforms, I think the photos are from some type of Senior Bowl or East-West game or something. I have no idea who anyone else, so I won't even comment on the players on the cardboard. 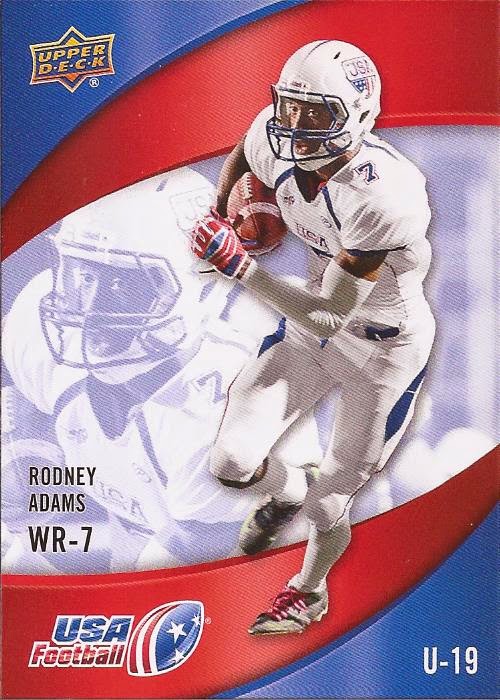 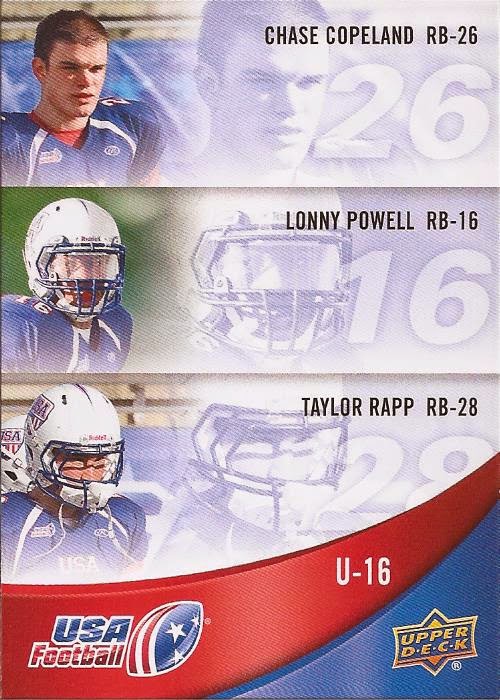 Players from Team USA. The U-16 squad. Is this some American football version of the U-16 World Cup, or Junior hockey or something? 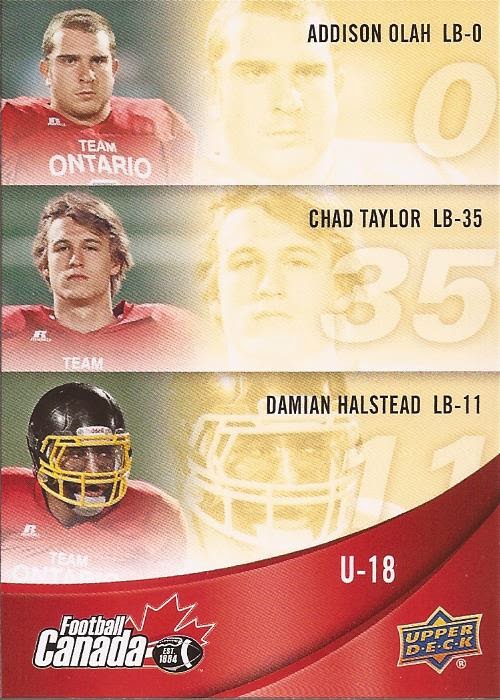 There's other aged teams too. 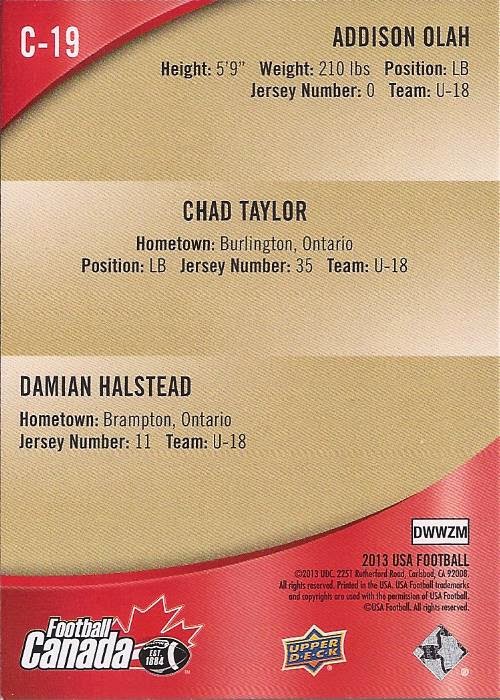 I think the design was thrown together in about 15 minutes. Oh Upper Deck, how far you have fallen. 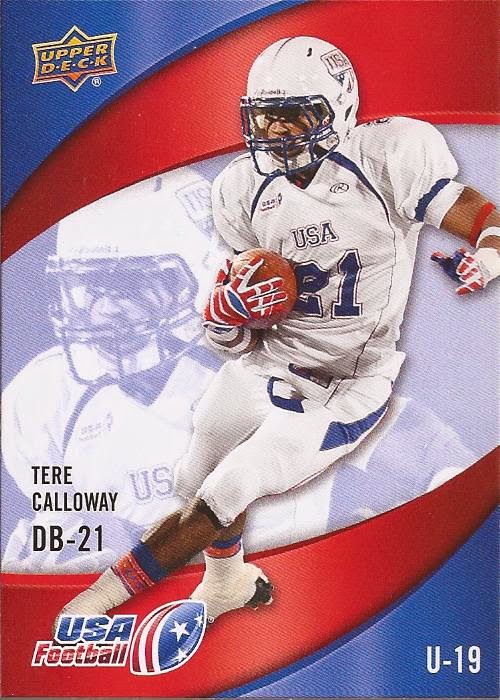 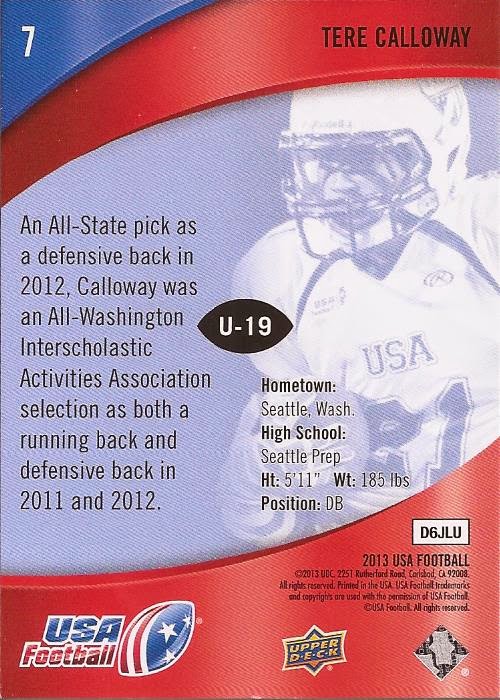 The last two scans in the folder. There - we're done.

I don't understand this at all and it makes me angry!