Written by Rebel Coyote at 3:27 PM 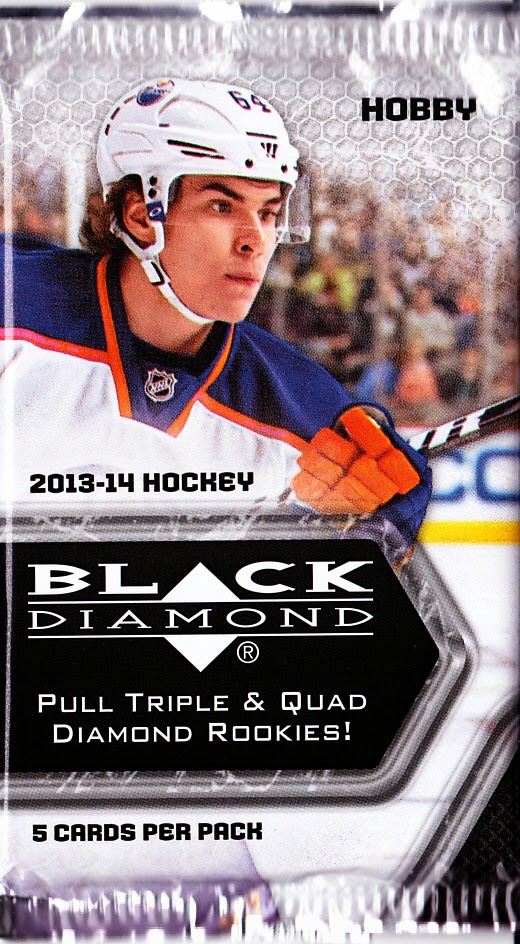 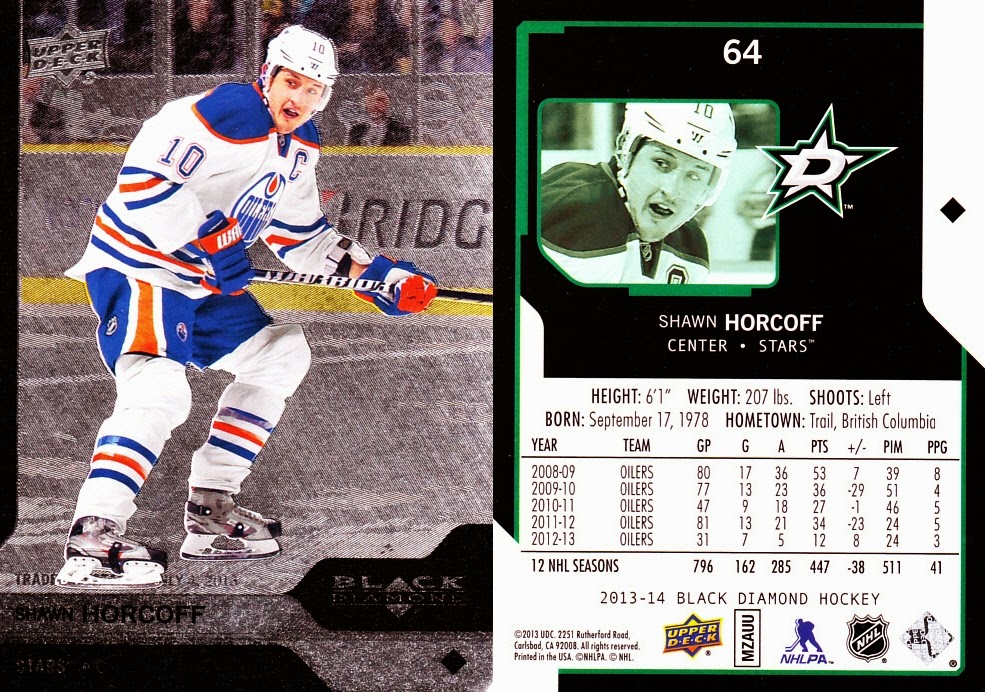 64 - Shawn Horcoff - the cards are foil on the front listing name, team, position, and a diamond. This is single diamond card. Back show the stats along with team logo. Despite wearing Oilers threads the card mention when he was traded to Dallas Stars. 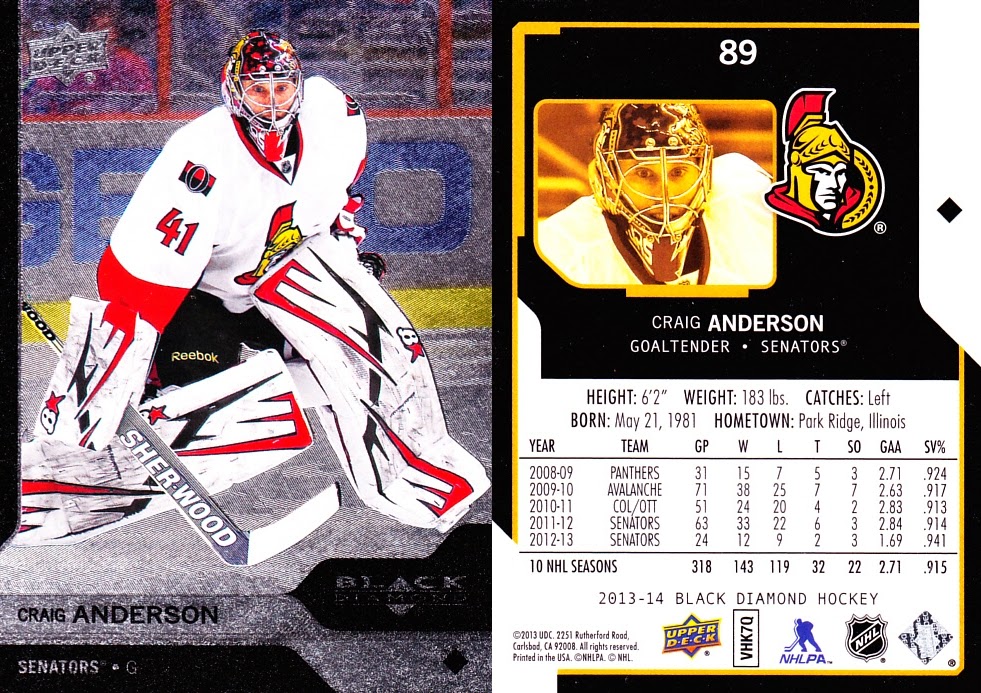 89 - Craig Anderson - single diamond card. I somehow got decent scan of this card. 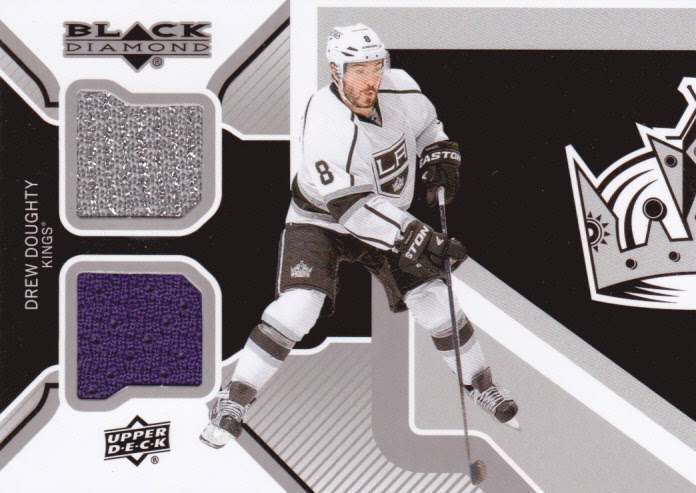 LAK-DD - Drew Doughty - double diamond jersey card of Drew Doughty, one of hottest defensemen in the league. He was a total monster in the playoffs this year resulting Kings hoisting Stanley Cup trophy. 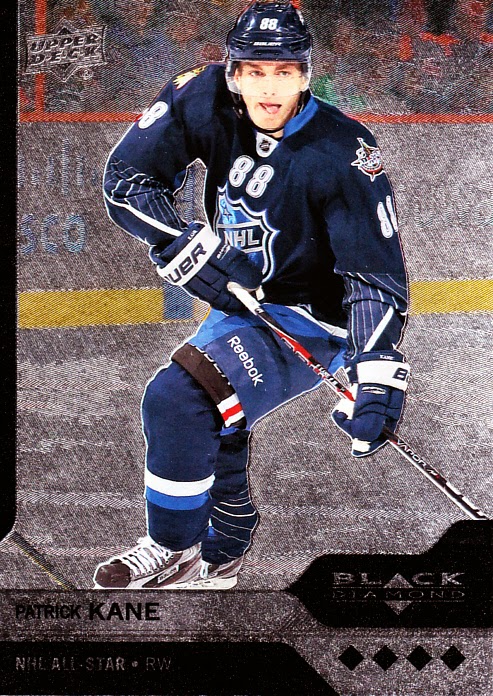 218 - Patrick Kane - quad diamond card of Patrick Kane in All-Star jersey. One of top stars in the NHL recently got rewarded with a 8-year, $84 million contract to remain with Blackhawks. 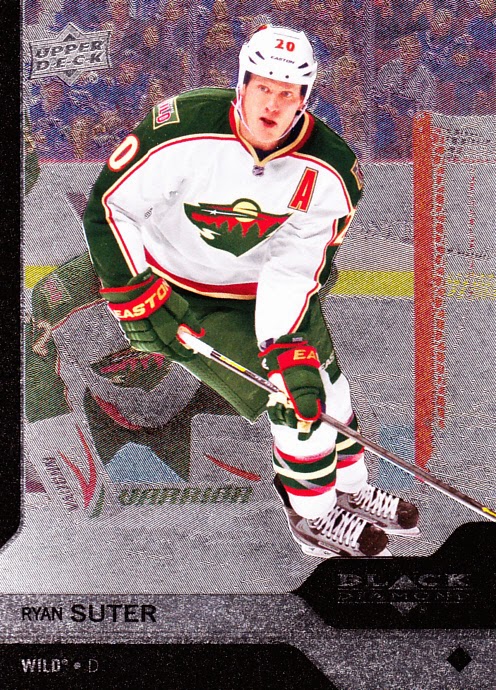 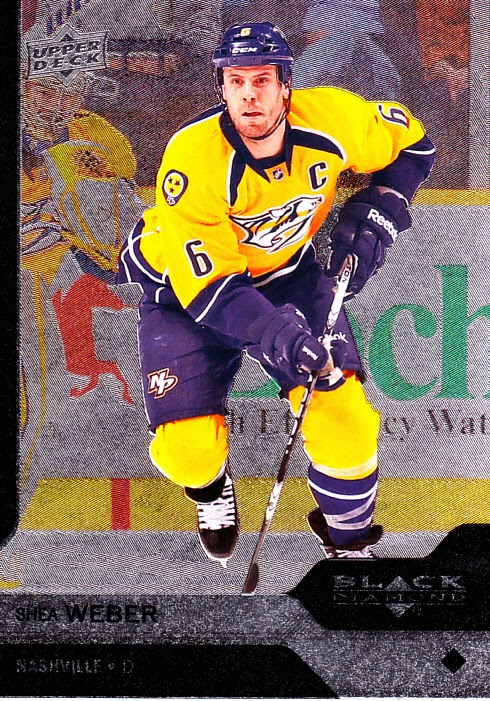 30 - Shea Weber  - whoa! Extra card in this pack. Three-time All-Star is one of excellent two-way defenseman to play on ice.