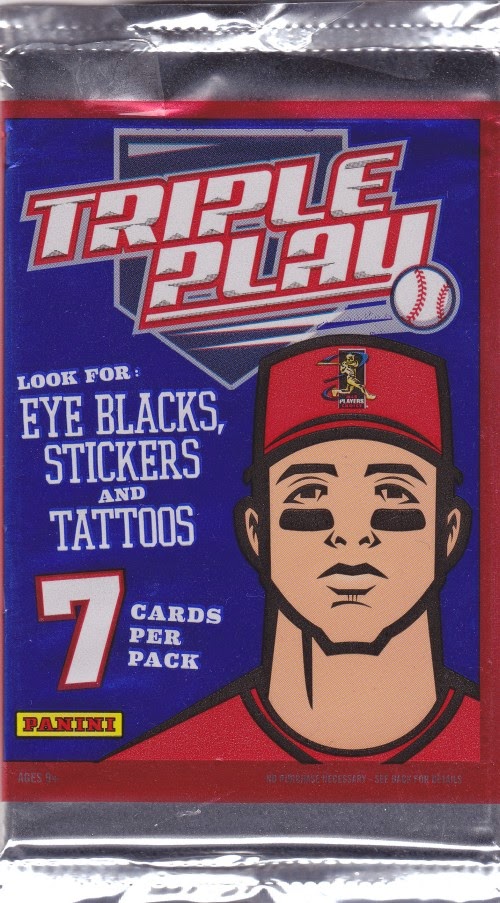 Here's a little late night pack delight. This pack comes to us courtesy of the Dollar Tree, where nothing good happens after 9:00 PM. Oh, I did pay for the pack. I swear. I also picked up a little black container to keep all of my pens in that hopefully won't stick me with any sharp metal edges. 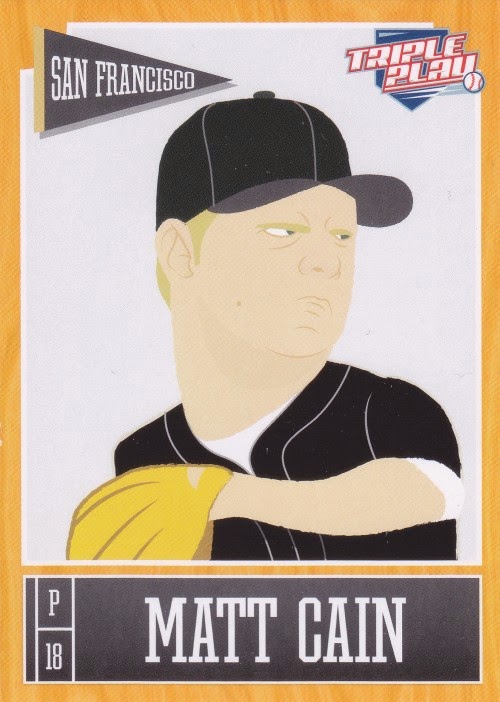 70 - Matt Cain - After scoring a minor hit with Triple Play in 2012, Panini changed things up a little bit and used some... different... artists. This particular card makes Cain look like one of the characters from the TV show China, IL. I'll let you guess which one. 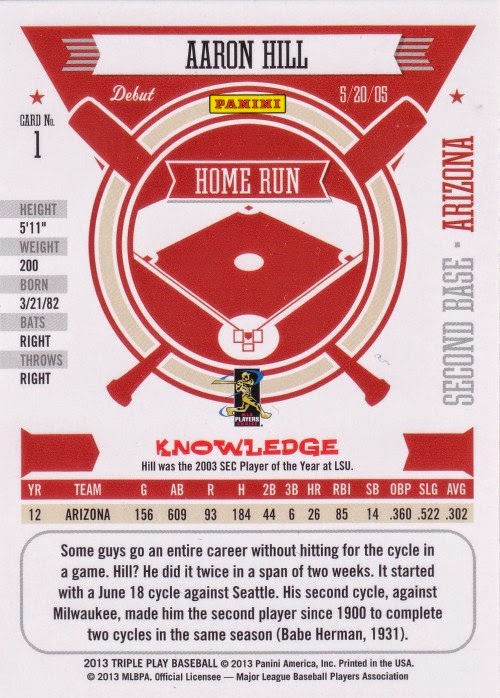 1 - Aaron Hill - The backs are still, you know, Panini with a little whimsy. I'm guessing there must be some sort of game you can play with these, since Hill's card declares a HOME RUN for no discernible reason. 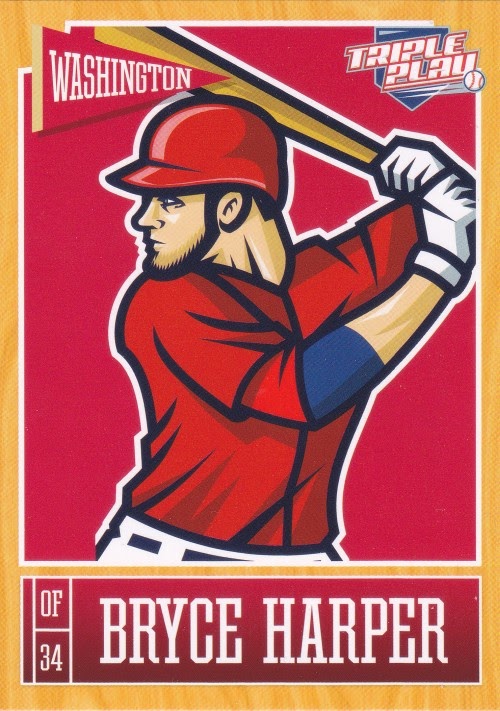 89 - Bryce Harper - This looks more like the artist from the previous year's set. If they were going to do a true cartoon Harper, however, well... the guy is already too much of a cartoon in real life as it is, I guess. 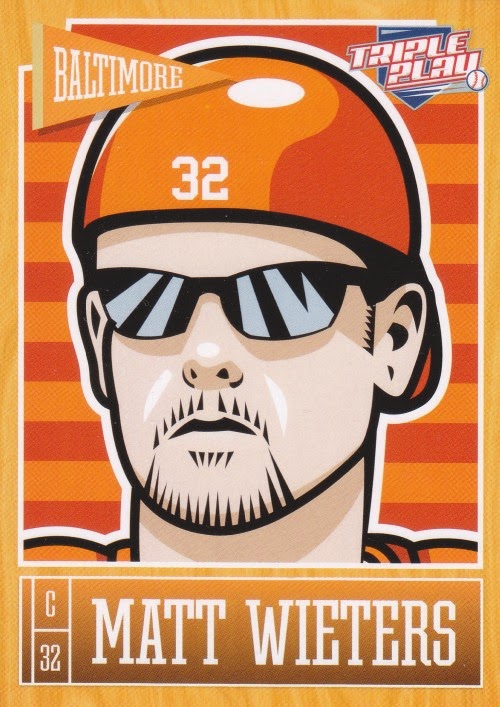 9 - Matt Wieters - Wieters doesn't have any Topps cards apparently, which might make this exciting for someone who likes the guy if it were actually a picture of Matt Wieters and not a drawing. 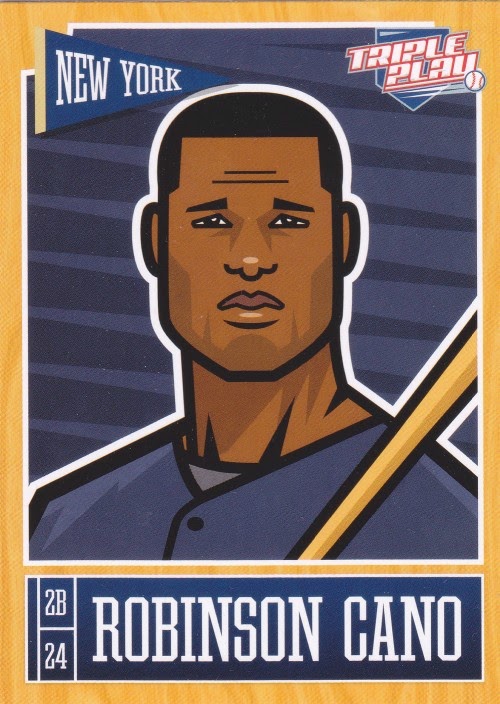 57 - Robinson Cano - A clearly distraught Cano finally got his wish and got out of New York and got PAID. 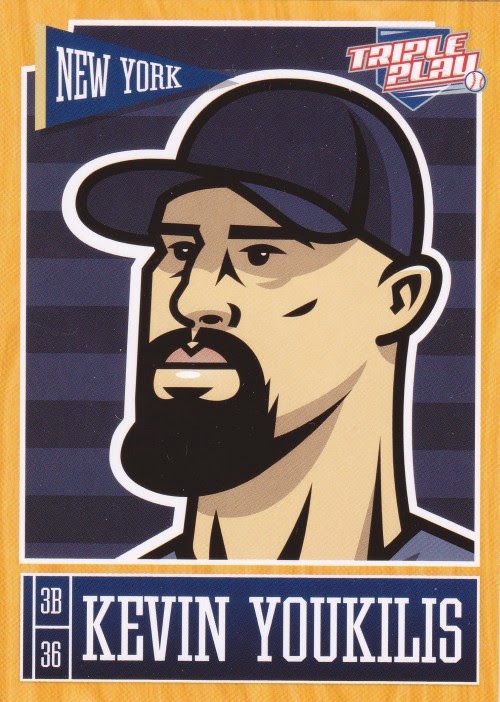 16 - Kevin Youkilis - Something isn't right about this. 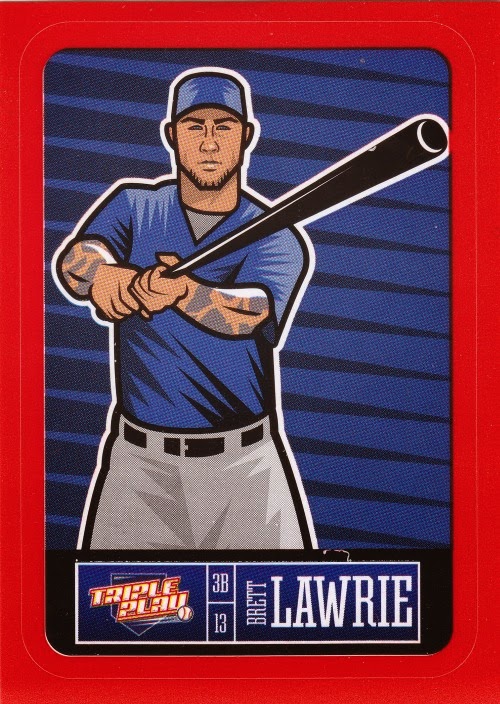 26 - Brett Lawrie Sticker - Unlike most Dollar Tree packs, which are a mere shell of the product they're trying to sell you on, the only difference in 2012 was that they left out any chance of pulling the nondescript memorabilia cards. All other inserts were in play. I'm not sure if they continued the weird faceless relics in 2013, but according to the wrapper you could pull all sorts of inserts and cards from the expanded (probably short printed) set. Now, compare that to the $1 packs of Topps where you get 5 base cards and only base cards, and you can see why someone might think these are okay. I'm just not quite sure I'm a Triple Play guy, though.

The thick outlines remind me of the short lived Clerks cartoon series.