Hope everyone is doing well.  Haven't posted in a while, but thankfully my fellow APTBNL contributors stepped up and kept things lively here.  We exceeded 2014's total number of posts, so hey, that's kinda cool.

With the Hot Stove still sizzling and Spring Training about a month away, fans should be getting excited for Opening Day.  And since the 2016 version isn't out yet, here's a 2015 Topps Opening Day Rack Pack! 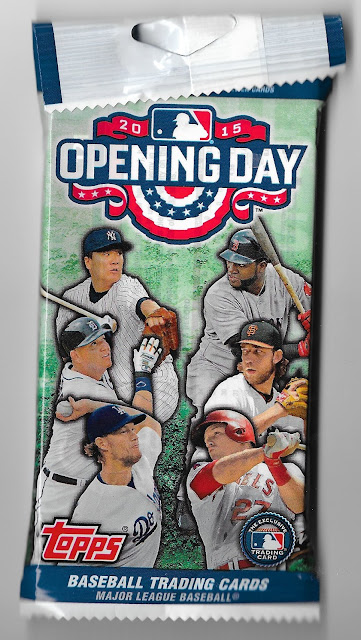 My last post was the standard 7 card pack; this is the 24 card pack that was sold for 3 bucks.  I'll just fly through the cards: 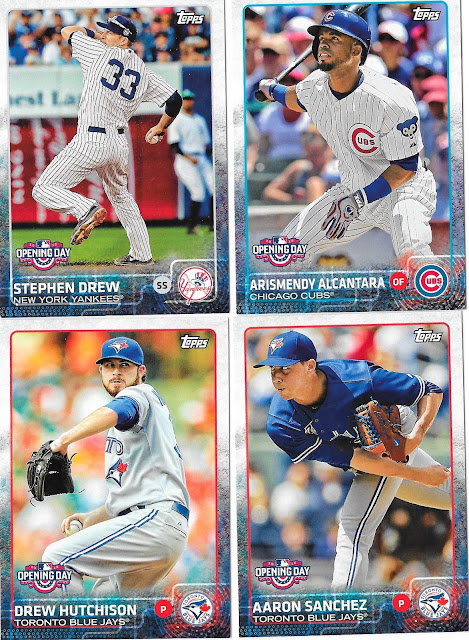 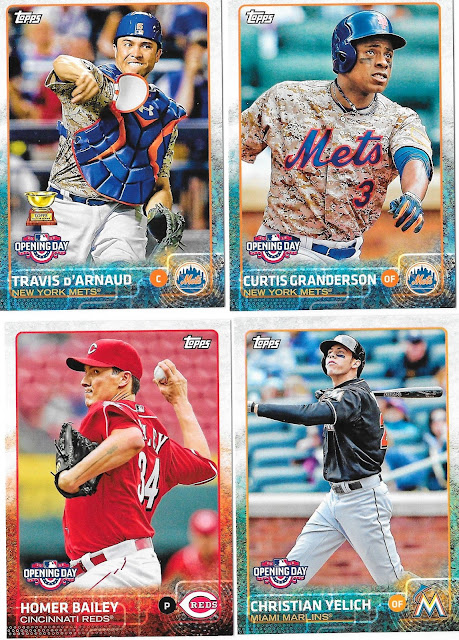 Wait, what, the first card in the set is Homer Bailey? 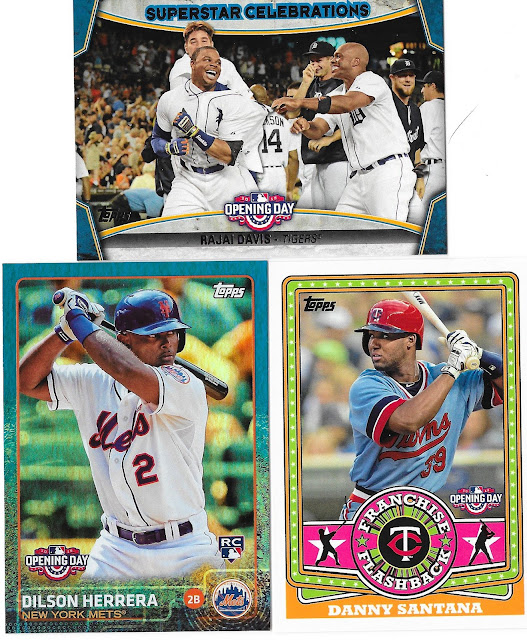 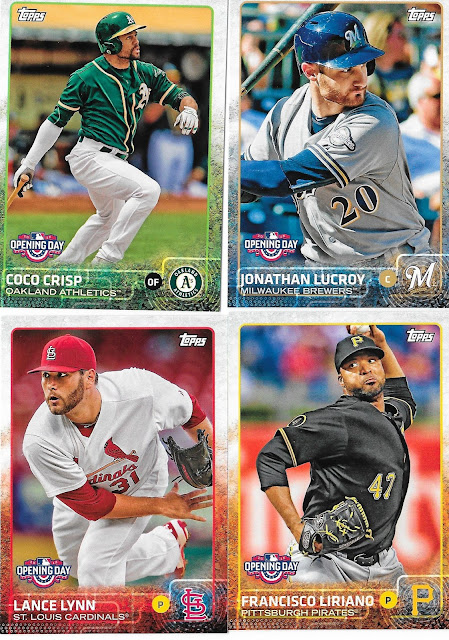 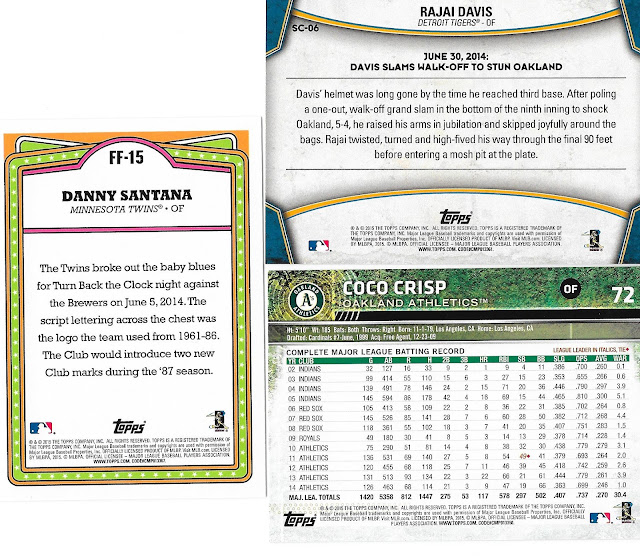 Anyway, that's the pack.  More later on.  Have a great week and thanks for reading!

I bought a hobby box of 2015 Opening Day and completed the base set.

Love the inserts, too.

What Nick said. I won a box at my LCS and was pleasantly surprised to build the entire base set out of it.

I'm slowly starting to like the Opening Day product more and more. I might grab a box of it this year.