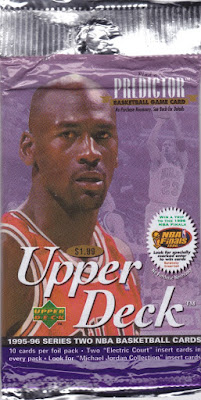 I watched less basketball in the mid-'90s than any other point in my life that I can think of, so it's always fun to go back and look at cards from this era. This pack was a card show purchase from a few months back, done on the cheap. Upper Deck still used their old foil wrappers back then, which is a treat. 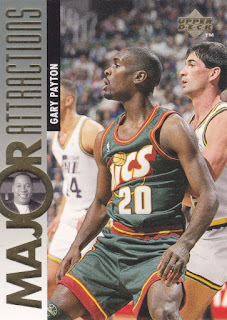 346 - Gary Payton Major Attractions - The first card in is from a subset called Major Attractions, where a guy from a TV show I've never watched (Hangin' with Mr. Cooper) shows off his favorite players. 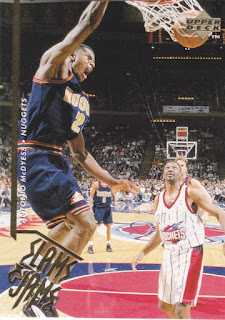 360 - Antonio McDyess Slam & Jams - Another subset card, featuring a positively freaky '90s font. We'll have to wait a little longer before we get to see the base design. 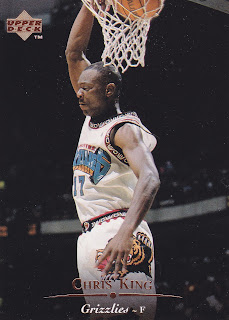 312 - Chris King - And here it is. I believe that the Vancouver Grizzlies made their debut this season. 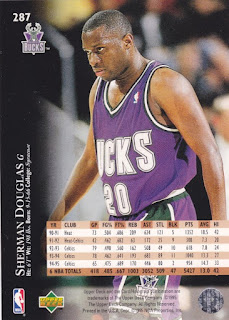 287 - Sherman Douglas - The backs of the cards feature a nearly full bleed color photo that's different from the front, but still manage to include up to 5 years worth of stats. I prefer full stats, but this isn't a bad compromise and Upper Deck always stuck to the 5 year plan. 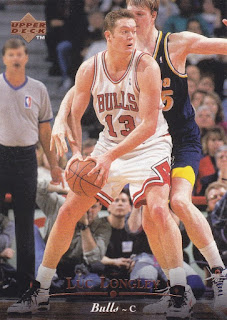 243 - Luc Longley - Michael Jordan coasted on the back of Luc Longley for 3 of his championships. Look it up. 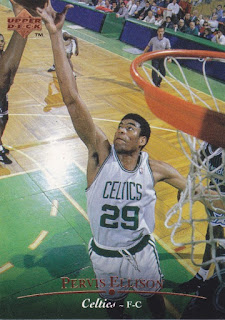 249 - Pervis Ellison - A good look at the old parquet floor at the Boston Garden, if I have the timing right. I think? 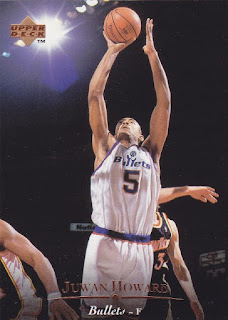 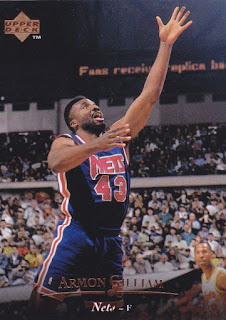 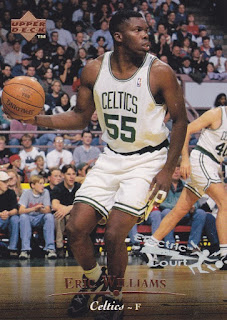 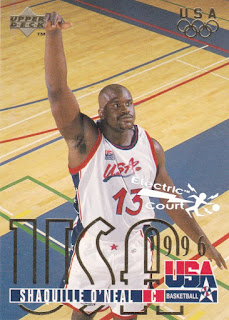 321 - Shaquille O'Neal Team USA - Well, this pack started off strong (The Glove!) but sort of veered off into a ditch before this brought us back.

You are correct, first year for the Grizzlies. The Eric Williams and Shaq cards are Electric Court parallels. This was the UD set available in stores when I discovered the NBA and I've got lots of good memories of it...but also one big regret. The only card I've ever had and traded away was a David Robinson Electric Court card.

I forgot that they used the MJ crying meme on these packs oh wait that wasn't a thing then, But it looks close!