Written by cynicalbuddha at 2:28 PM 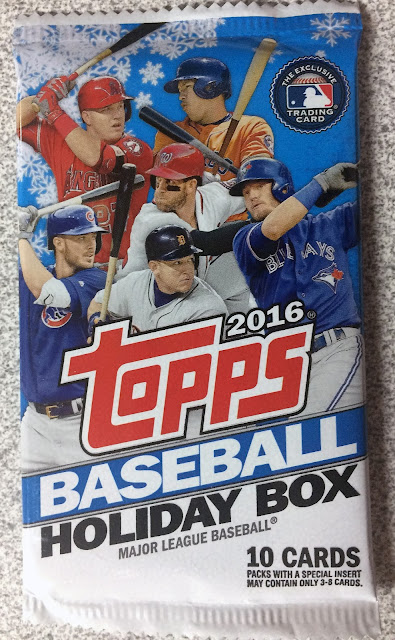 I'm a sucker for the oddballs.  Anyway, if Topps hadn't cashed in on it's 2016 design enough they came out with this holiday design.  Only available at Wal-Mart in $20 Blaster boxes.  Each box guarantees a hit of at least a relic.  I've included the wrapper odds below.

I decided to pick the best pack of the box, which of course is the one with the hit. The base cards with the lone Brewer in the set.  200 cards in the set you'd think they'd spread the teams out a little more evenly. 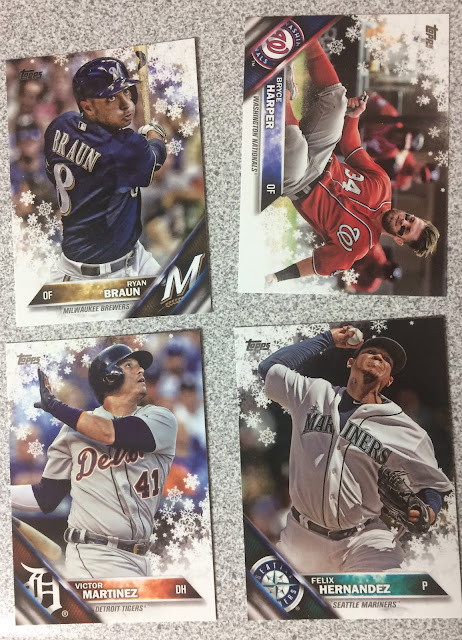 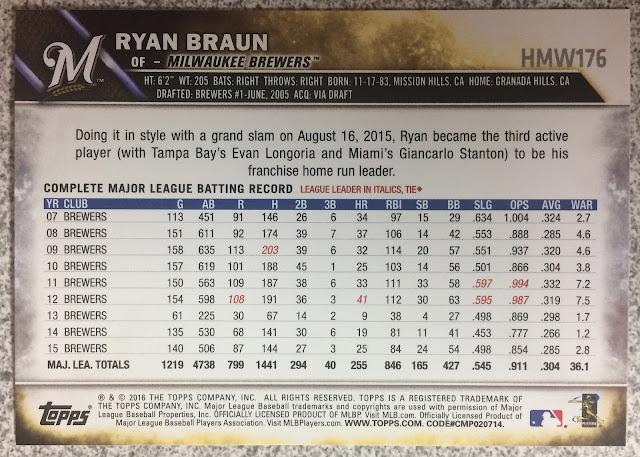 The only parallel in the set are these Metallic Snowflake cards.  Honestly if Topps has just made the set out of these it probably would have been a much better release. 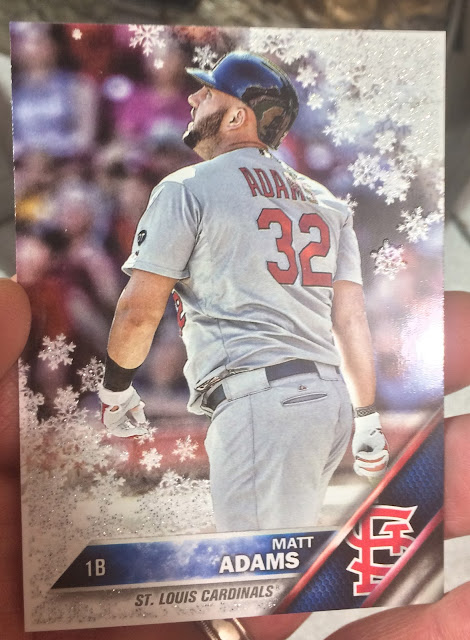 My hit was this Jose Abreu relic card. 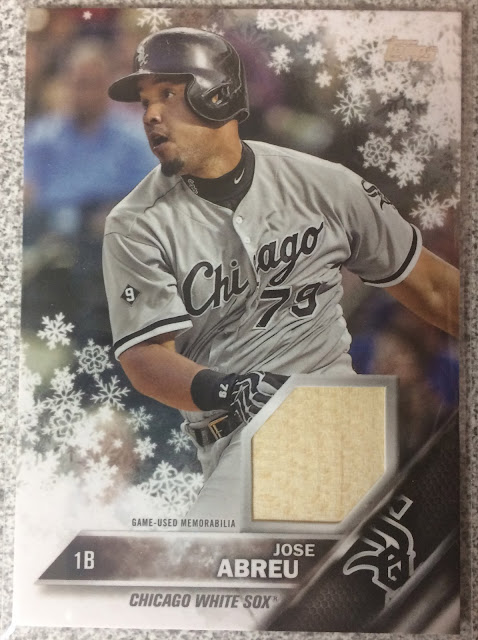 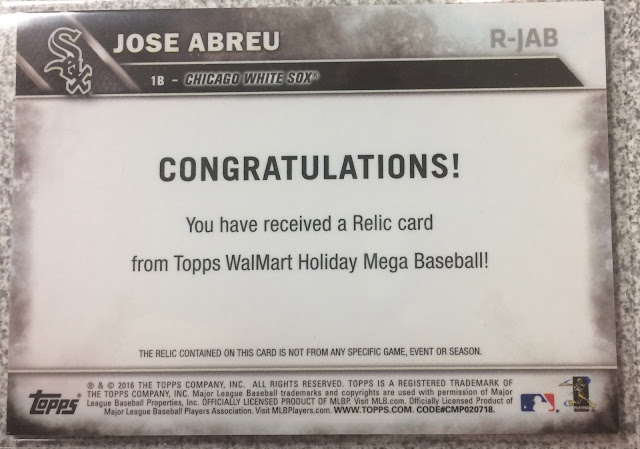 OMFG! is this a money grab of a product or what! First thing I think of when I see snowflakes is baseball WTF so let's put them together on cards. Great idea Topps I will not buy any of this stupid product.