Written by Jafronius at 1:56 AM
Greetings!

Hope everyone is doing alright and enjoying the Christmas season.  Here's a quick post for today, a pack of 2015 Topps Chrome Update Series! 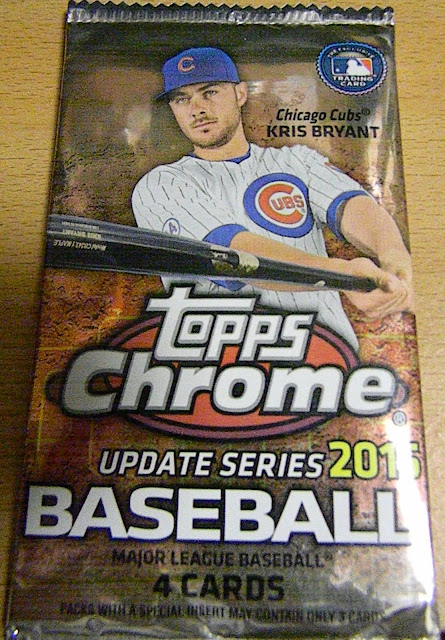 Just like in prior years, you could get packs of this only in those $15 Topps Update Holiday Mega boxes.  I never bought those boxes, but I found a pack of this staring me in the face in one of those Fairfield repack boxes a few months ago, so I picked it up for your benefit (yes, I'm looking at you).  Here's what I got: 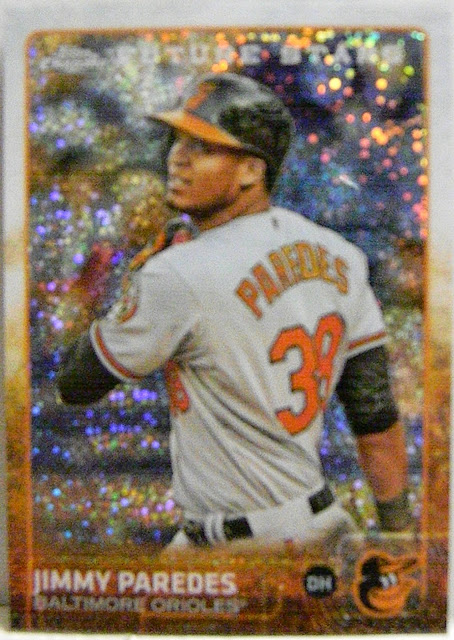 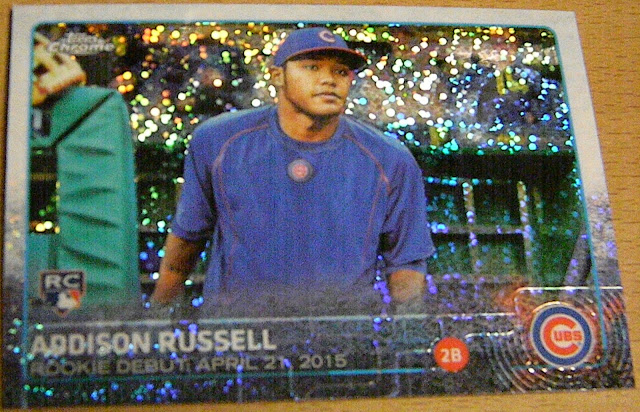 I'm not a big fan of the Rookie Debut cards.  It's just summaries of their first games in the majors.  Essentially, it's the write-up on a regular card, without the stats.  But still, World Series! 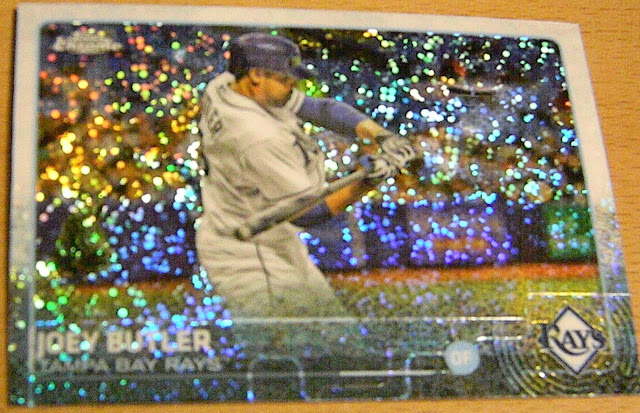 Joey had 14 MLB games to his credit when this card was released.  He didn't play at all last year. 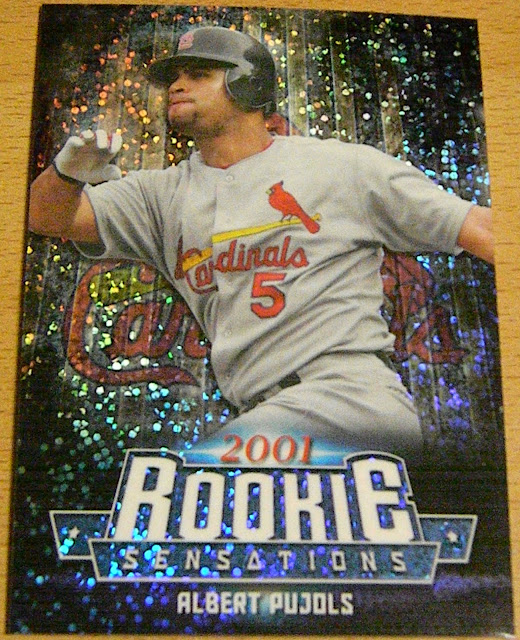 The Chrome Rookie Sensations came 1 in 2 packs.  Not a bad looking card all chromed up.  Here are some backs:

Anyway, that's the pack.  There's only 50 cards in the set (notice the cards were not renumbered), so I think they could have done a better job with the player selection.  Enjoy your week and thanks for reading!