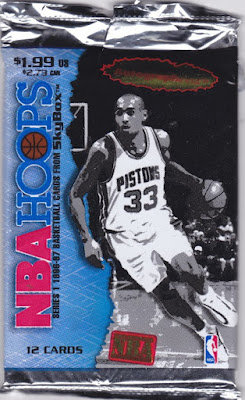 The NBA is taking a break today, but will be geared up for its big holiday showcase tomorrow with five consecutive nationally televised games on the docket. Here's a 20 year old pack of basketball cards. 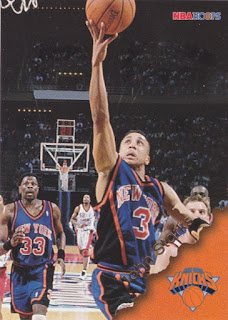 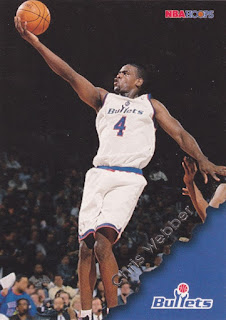 174 - Chris Webber - This is a really nice full bleed design, much better than any other NBA Hoops branded set that I can remember. 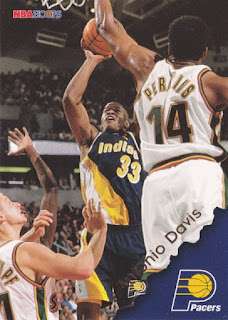 65 - Antonio Davis - One of the towering Davis players that was featured in the Pacers lineup throughout the '90s, the other being Dale. 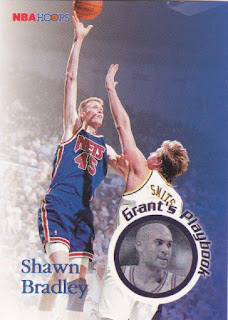 194 - Shawn Bradley Grant's Playbook - A subset that features, supposedly, some inside dirt from Grant Hill who was only 24 at the time. You'd think they would have chosen a crusty old veteran for this, or a retired player? Or a coach? Or an actual scout? 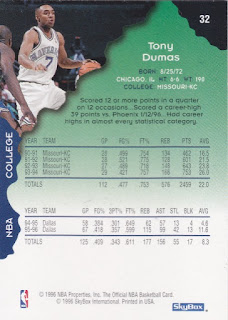 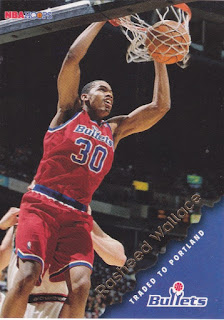 173 - Rasheed Wallace - Early Sheed. This is definitely staying in the collection. 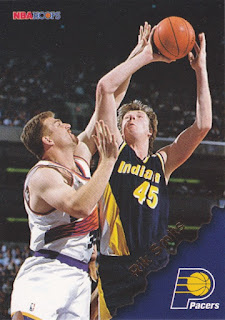 69 - Rik Smits - The back is a little miscut, but I didn't scan that side so you'll have to take my word for it. 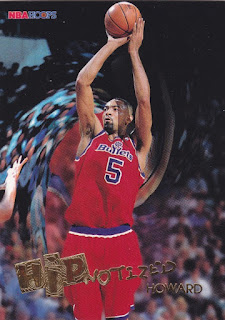 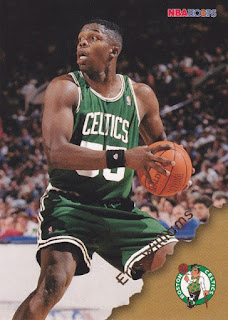 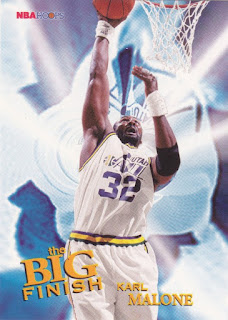 189 - Karl Malone The Big Finish - The back of the card talks up Malone's previous playoff run, so that might be the theme here with this subset. Not sure. 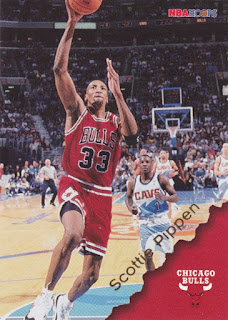 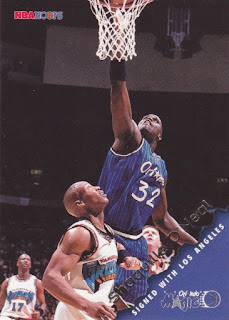 112 - Shaquille O'Neal - Shaq is seen here dunking over a Vancouver Grizzlies player, with Los Angeles in his future.

I love the series one design...If they had used it for series two it would have catapulted this set well in to my top 10 all time favorite NBA sets (which I counted down on Cardboard History in January and February of this year).

Ah man, I guess I don't want to know what it looks like.