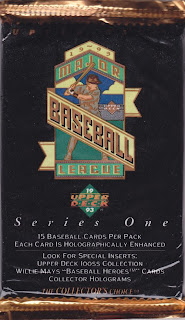 Upper Deck's 1993 baseball set is probably my favorite set of the 1990s. It can really do wrong in my eyes. This was the first year they added UV coating and they also stepped up the overall quality of the cards. Not only are they thicker, but they added the ever-coveted staple of '90s baseball cards: a bunch of insert sets. I'm still working on collecting the entire base set and awhile back I picked up a Series 1 box at a card show for what seemed like a reasonable price. (I have no idea how much it was now.) Here's a pack from the box selected at random. 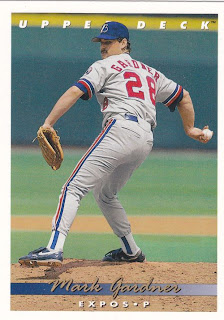 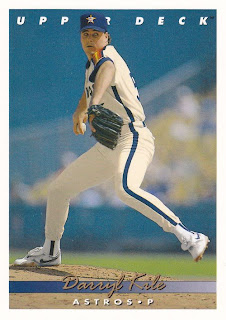 314 - Darryl Kile (I liked Kile since I originally collected cards back in high school. He remained on my "he's going to be great" list for quite some time before realizing his full potential when he came to my favorite team, the Cardinals. Tragically, his life and career were suddenly cut short.) 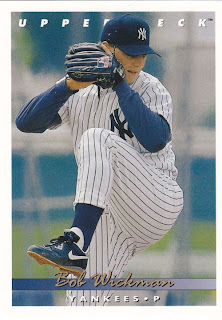 372 - Bob Wickman (Wickman has an internet fan club called Wickman's Warriors. All I can really gather from the site, aside from the fact that it seems entirely comfortable with looking like it's 1996 all over again, is that someone on the site really has it out for Jim Thome.) 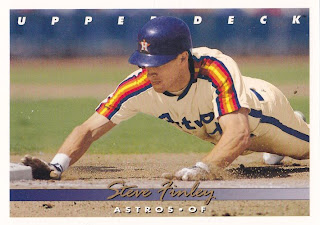 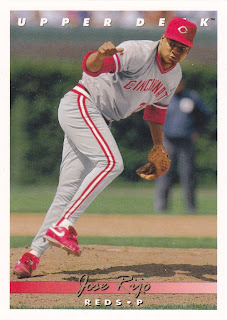 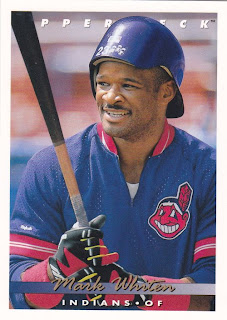 227 - Mark Whiten (This would be the season that Hard Hittin' Mark Whiten would hit four home runs in a game - hard, of course. He did it with St. Louis, however, in one of the lone bright spots of the Joe Torre era.) 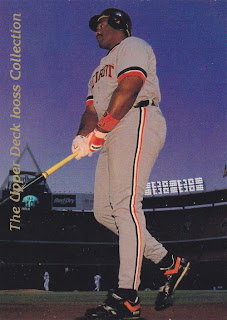 WI23 - Cecil Fielder Iooss Collection (Walter Iooss was a popular Sports Illustrated photographer. This full bleed insert set was a favorite among my peers at the time it came out.) 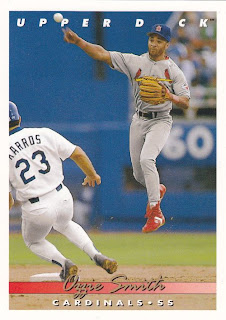 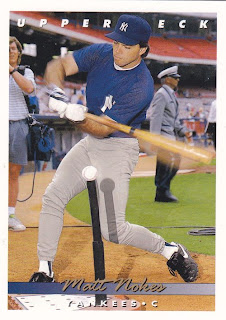 116 - Matt Nokes (After a hot start as a promising Tigers prospect, Nokes was demoted to the tee ball league in New York.) 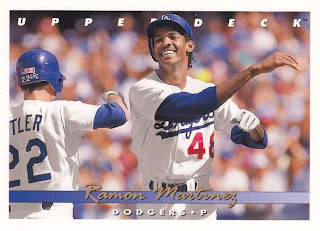 133 - Ramon Martinez (The better Martinez brother... until he wasn't.) 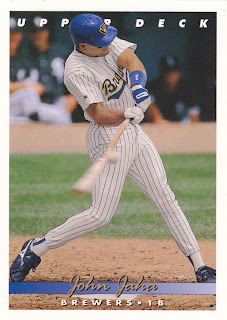 177 - John Jaha (Jaha was from my hometown, though I didn't know a lot about him since he came from basically out of nowhere - an Australian League - to the majors less than a year later.) 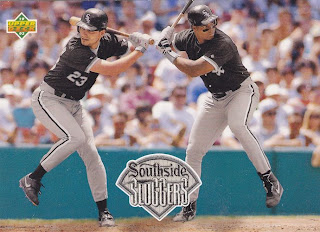 51 - Robin Ventura / Frank Thomas Southside Sluggers (Each team has one of these combo cards.) 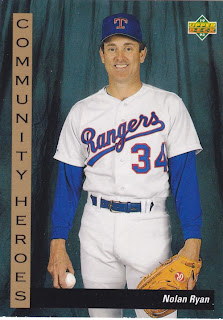 37 - Nolan Ryan Community Heroes (These are pretty self explanatory. Each has an article of sorts on the back of the card about the community hero player.) 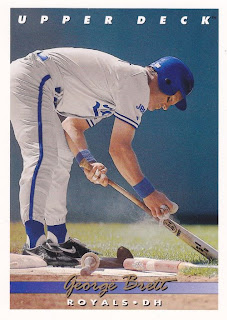 56 - George Brett (Brett's last season was 1993. When your baseball card switches your position to straight up DH, it might be time to evaluate your career options.) 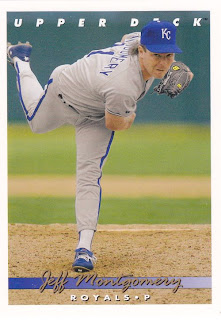 62 - Jeff Montgomery (Montgomery was a three-time all-star closer. I had no idea. Really, I didn't. He took over for Dan Quisenberry. That's a face I could never forget.)

Even though I've finished the set, this post reminds me there are still some cool inserts I need to complete.

I have a lot of the inserts from this set. Some people don't appreciate them but I sure do.

If you need any series 1 singles, let me know. The Iooss inserts were beautifully done.

I have a just recently updated wantlist over at my blog.