Written by flywheels at 8:42 PM 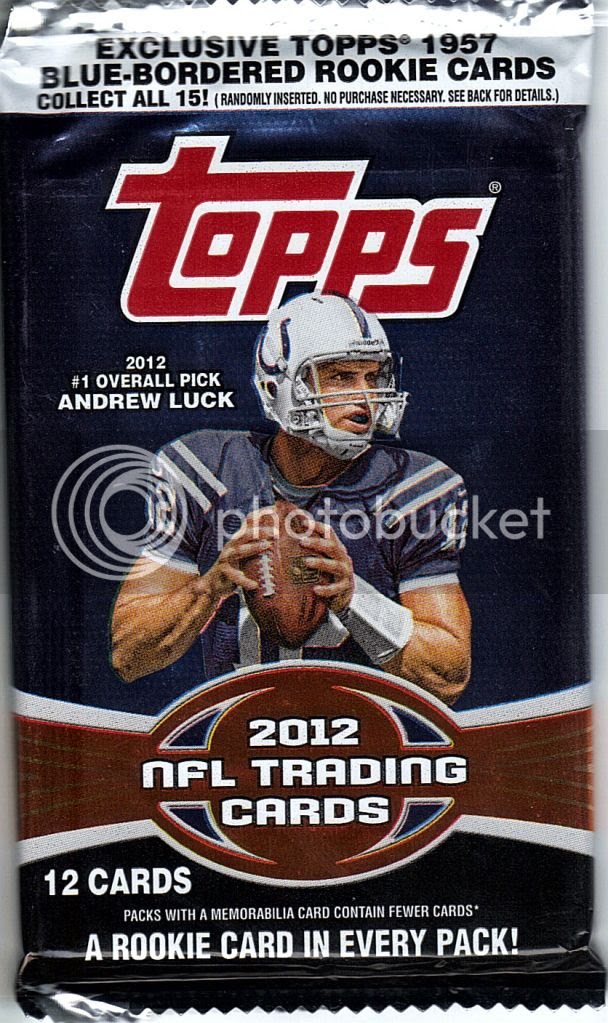 I've been so wrapped up in baseball cards lately that I haven't been keeping up w/ the release dates of 2012 football products.  That said I didn't know the packs of Topps football I found this morning @ Walmart were put out on the shelves a whole 4 days early.  I never find anything early!  I quickly grabbed a single pack and a rack pack.  I'll post the contents of the pack over on my blog.  Now let's get to the good stuff. 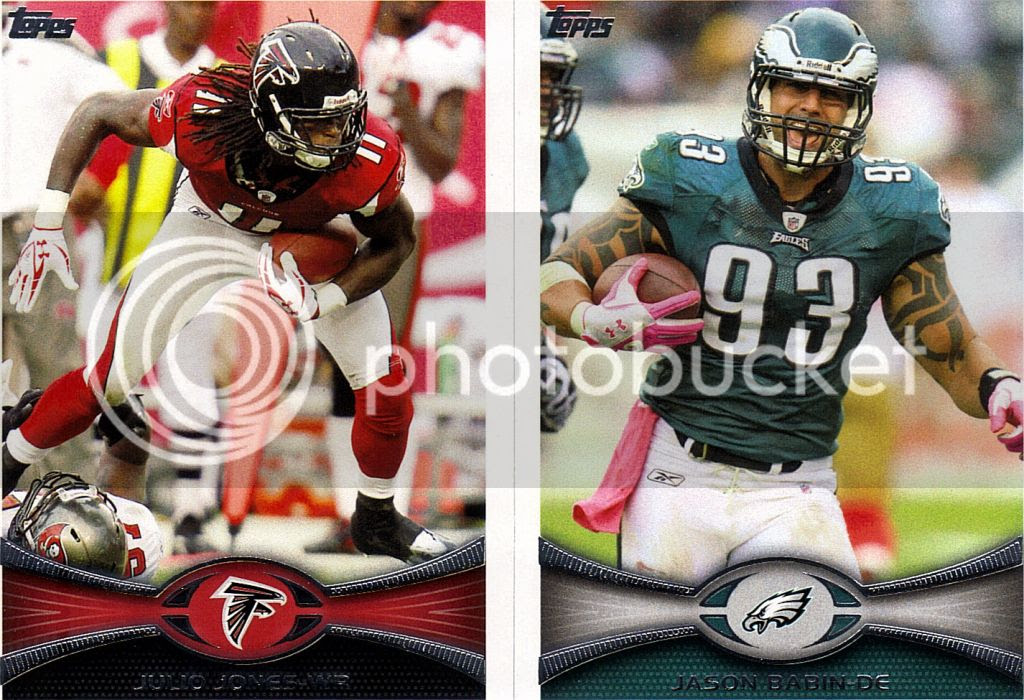 First off kudos to Topps for coming up w/ an original design for this year's base set.  The silver foil stretching across the bottom of the card along w/ the player's name doesn't scan that well, but looks good in person.  Not too flashy or gaudy. 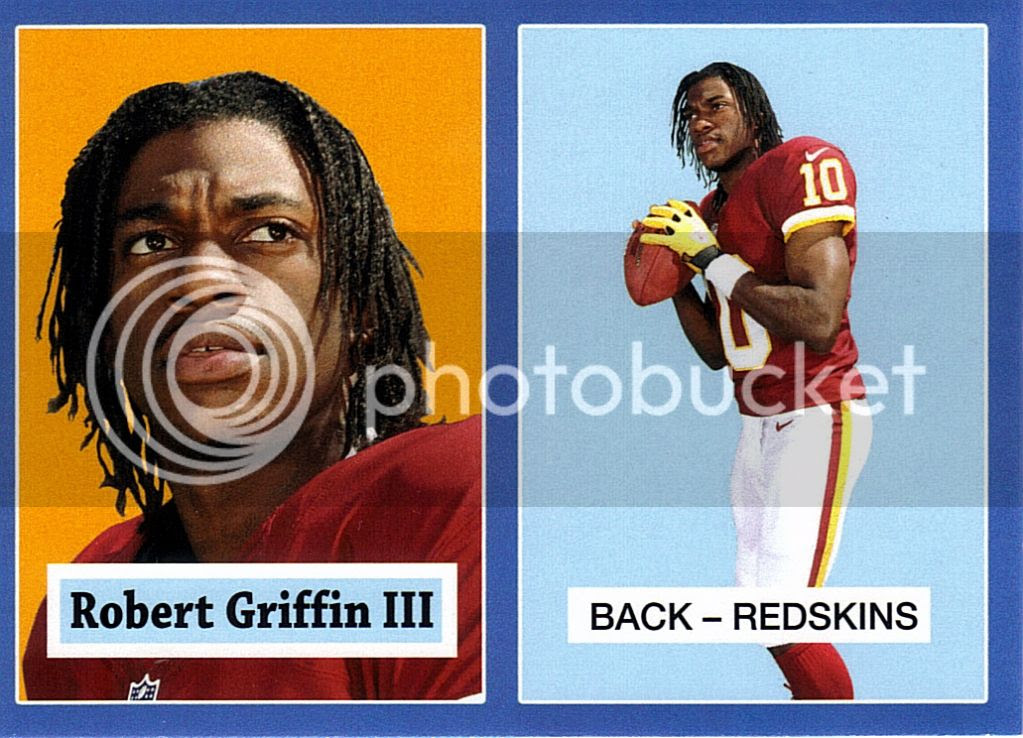 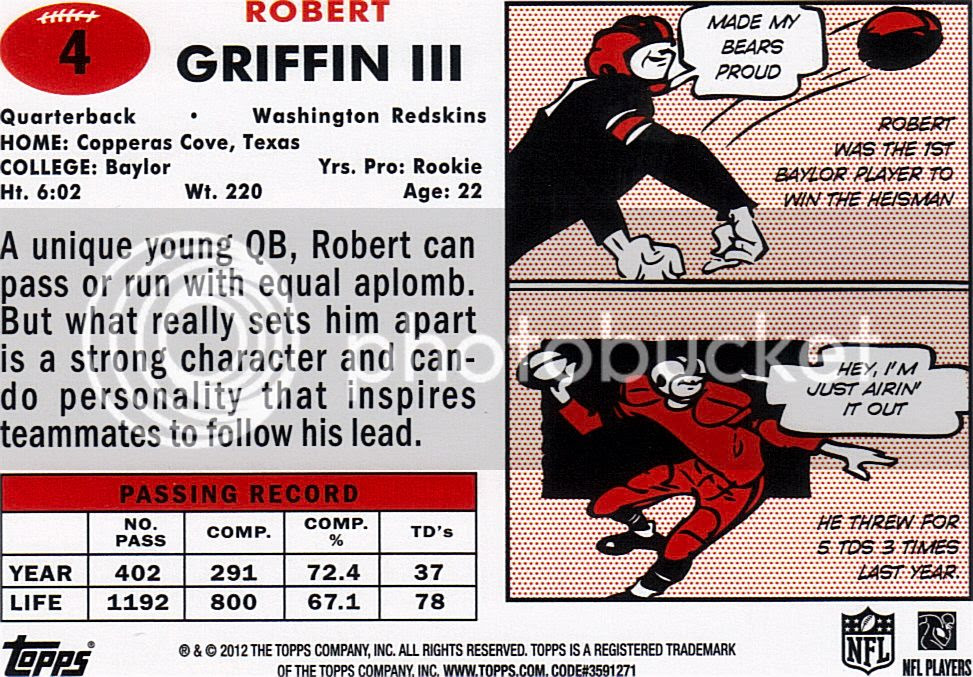 This is one of those Walmart exclusive 1957 Rookie Cards.  They are seeded 1:6 packs. 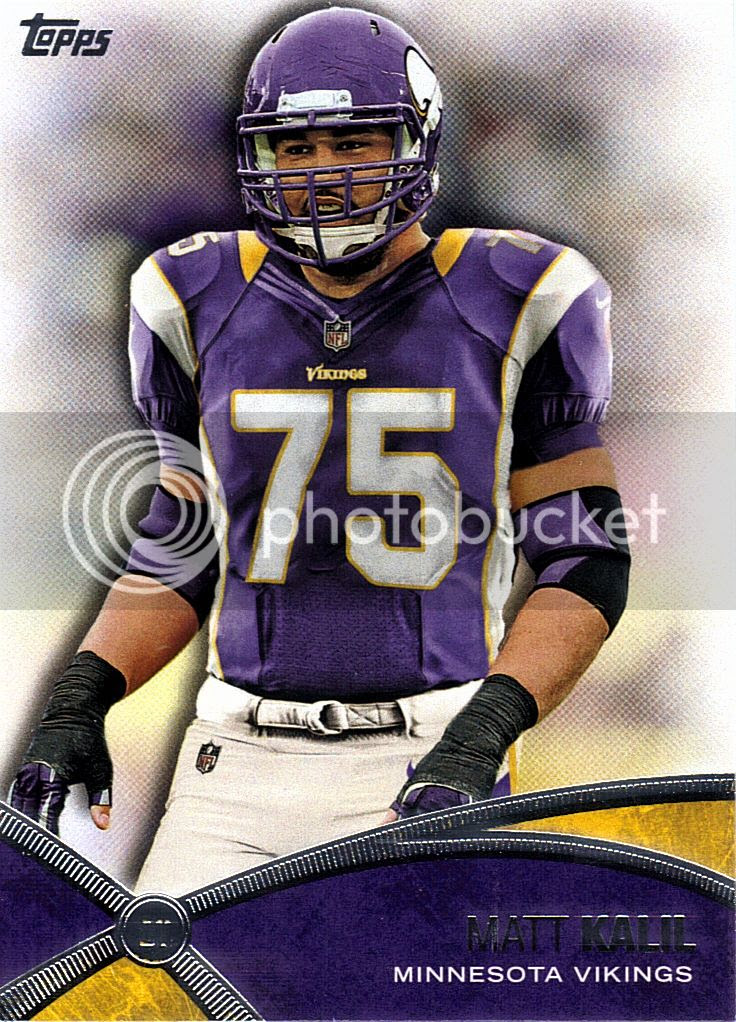 The card backs are light on stats, but most feature a nice amount of text about the player.  It appears a lot of the RCs use early photos, though I did see a few in full team uniforms. 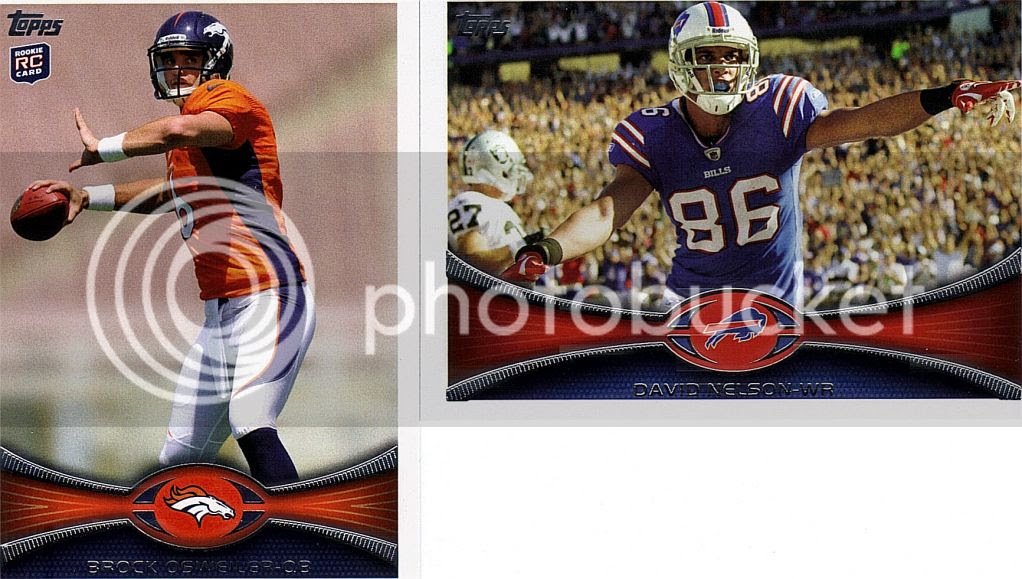 Nice to see some horizontal photos in the set.  Photography overall is nicely done.  After opening one pack I've already forgot all about 2012 Score!

It looks to be a very nice set this year. I haven't been keeping up with the football releases too much lately either. However I will be picking up some 2012 Topps Football soon to share.

The David Nelson card is pretty cool. The design is sort of growing on me.

Believe me Jeremy the cards look MUCH better in hand as the silver foil doesn't want to scan very well.

I don't collect football anymore, but it's nice to see that they are not using the same design as baseball this year.

Might want to hold on to that RG3 Retail Exclusive Blue Border card.